Ali Raza, like most youth of his community, grew up in Quetta with ambitions of becoming a ‘big man’ and serving his people and country. Despite facing countless hardships, he had finally made it. He was now an engineer — a prestigious profession in Pakistan’s largest but most underdeveloped and poverty-striken province, Balochistan.
Raza, a Shia from Hazara, had no idea that his home province would be overrun by terrorism, militancy, discrimination and hatred. He was probably unaware that the thousands of religious seminaries that were mushrooming across the province were tasked to produce hundreds of non-state actors who could be used in clean-up operations against anybody labelled as ‘impure’ by their external and internal sponsors.

Raza’s first job was as a systems engineer, at the regional office of the National Database & Registration Authority (NADRA) in Mashkay in Balochistan’s Awaran district. He joined in August 2005, and only a couple of months later received a letter saying, ‘Shias are infidels and deserve to be killed.’

“I used to ignore such leaflets but one day a couple of armed and masked men broken into the NADRA office looking for me. I had just returned from my vacations and was luckily at a friend’s house that day.” Raza quit his job out of fear.

Subsequently, in 2006, he joined the Balochistan University of Engineering and Technology, Khuzdar, as a lecturer but he was not made to feel welcome. “I faced prejudice even from the university administration. They used to call me ‘settler bhai’ — a term otherwise used for outsiders,” he explained bitterly. “I was not allotted a room at the teacher’s hostel at the university for nearly a month. Later, I had to leave the university when I found myself on a hospital bed after being hit on the head one morning just as I emerged from my room.”

Disappointed with government offices, he chose Alcatel-Lucent, a global telecommunications equipment company. Things ran smoothly, but this was short-lived. Soon Raza started receiving ‘death threats’ at his office located in New Al-Gilani Street, Zarghoon Road, Quetta. “Don’t come to the office if you want to live,” the letters read. “We were three Hazara engineers employed there,” says Raza. “I avoided going to office afterwards and used to go directly to the working sites from home.”

That didn’t solve the problem, and Raza eventually resigned in October following “threatening phone calls.”
Fed up of the discrimination and hostility, Raza decided to leave Pakistan for Norway and stay there until the situation at home improved. Meanwhile, he enrolled for an MSc degree in ICT (Information & Communication Technology) from the University of Agder.

But the law and order situation in Balochistan did not improve. Rather it continued to deteriorate day-by-day and reached its peak in 2012, which was the deadline set by the banned militant outfit Lashkar-e-Jhangvi (LeJ) for the Hazara Shias to leave Pakistan in threatening letters distributed in Quetta.

According to a report published by the Norwegian Peace-Building Resource Center (NOREF), “the surge in LeJ violence against Hazaras is related to the growing presence of Afghan and Pakistani Taliban militants in Balochistan: the extremist Sunni Taliban have historically been anti-Shia and anti-Hazara, and their financial and operational links with LeJ have bolstered sectarian violence in the province… As such, the sectarian violence in Balochistan has an ethnic dimension.”

And the onslaught continues. Around 115 innocent lives were lost in about 60 targeted attacks in 2012 and nearly 200 have been killed this year in two separate bomb blasts. The government of Balochistan and the law enforcement agencies remain mere spectators, leading to a feeling of hopelessness and despair among the Hazaras of Balochistan. Most of the low-level government employees belonging to the Hazara community have either quit their jobs or taken long leave in order to avert any further attacks.

Many traders, businessmen and shopkeepers have sold their properties at throwaway prices. Then there are those who have temporarily shut down their businesses and are waiting for the situation to improve. Their movements have been strictly restricted to their own enclaves.

The discrimination against this ethno-sectarian minority was also noted in a report of the Human Rights Commission of Pakistan (HRCP) released last August that said: “The administration seems to bear ethnic and sectarian biases against the Hazara-Shia community. Since the new government assumed charge, not a single challan (charge sheet) had been presented in courts against the accused. The accused are arrested in the morning and released in the afternoon. No government or public official had ever condemned the targeted killing of members of the Hazara community nor come to condole the murders or offer any compensation to the victims’ families.” 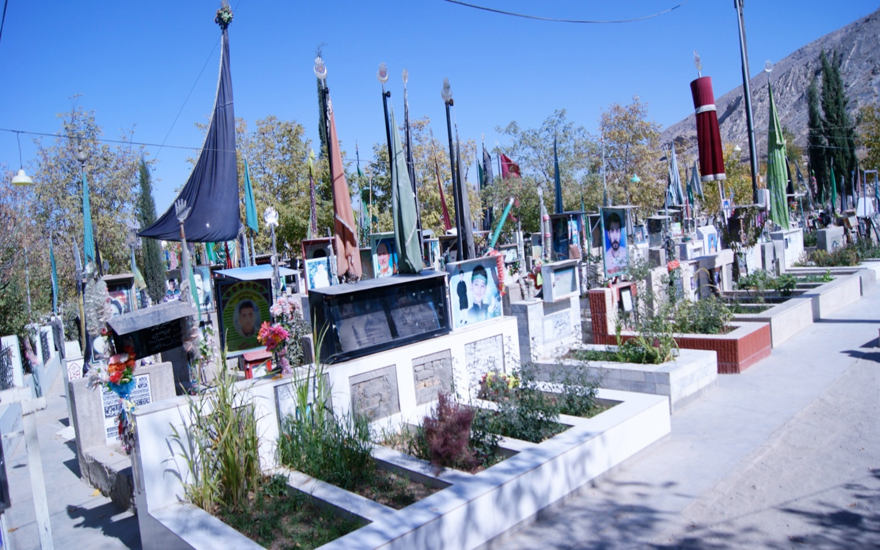 “I faced prejudice even from the university administration. They used to call me ‘settler bhai’ — a term otherwise used for outsiders,” Raza explained bitterly. “I was not allotted a room at the teacher’s hostel at the university for nearly a month. Later, I had to leave the university when I found myself on a hospital bed after being hit on the head one morning just as I emerged from my room.”

Recently the daily Dawn carried a report about the photographs of Hazara police martyrs being torn to shreds inside the government building and the name plates outside the offices of Hazara police officers being broken, which indicates the extent of hatred against the community.

Ali Raza is not the only Hazara Shia professional to be hounded out of Pakistan. He is just one example of this enforced brain-drain, which has not only caused irreparable damage to the community, but also to the instability-struck province as a whole.

Will Raza forget his unpleasant past? “No, not at all. It is impossible to disconnect yourself from your homeland, from your people and from your childhood place. Isn’t it?” he replied.

He has played an active role in organising protest rallies against the ‘genocide’ of his people in front of the Norwegian parliament. He led the Hazara delegation in a meeting with Norwegian politicians, Mrs Marit Nybakk of the Labour Party and MP Akhtar Chaudhry of the Socialist Party, in the Parliament House in Oslo and asked them to put pressure on the government of Pakistan to protect his community.

Raza himself has lost two of his cousins to terrorism. His wife’s only brother was killed in 2004, but he is unwilling to give up his fight against terrorism in Pakistan, in spite of the continuing threats.

“My family still lives in Pakistan. I miss my two-and-a half-year old child very much. I see him via Skype. But this is not enough for a father to express his love,” he says emotionally. “Nowadays being a Hazara is a crime in Pakistan.”