Yet another issue was recently added to the list of unresolved disputes between Afghanistan and Pakistan, when the governments in Kabul and Islamabad refused to cooperate with each other on the release and extradition of militants in their custody.

It so happened that the Afghan government initially gleefully announced the arrest of Pakistani Taliban commander Maulvi Faqir Mohammad and prompted Pakistan to demand his extradition.

However, soon after, Afghanistan’s ambassador in Pakistan, Mohammad Umer Daudzai, stepped in and started expressing doubts about the news by claiming that it was still being ascertained if the captured man was, indeed, Faqir Mohammad. Eyebrows were raised in Pakistan because the Afghan foreign ministry spokesman, Janan Musazai, had earlier confirmed his arrest and rejected Islamabad’s demand that Faqir Mohammad be handed over to it by arguing that there was no extradition treaty between the two countries.

He and other Afghan officials also pointed out that Pakistan had forwarded the same argument when it refused to hand over Afghan Taliban leaders to Afghanistan after deciding to release 26 of them late last year. It was clear that Kabul had no intention of handing over Faqir Mohammad to Pakistan until Islamabad agreed to deliver detained Afghan Taliban leaders such as Abdul Ghani Biradar to Kabul. This was one more instance of the growing mistrust characterising the uneasy relations between Islamabad and Kabul.

Kabul’s refusal to deliver Faqir Mohammad to Islamabad also seemed to confirm the allegations by Pakistan’s security officials that the Afghan authorities were not willing to take action against the Pakistani Taliban using Afghanistan’s soil to launch cross-border attacks on Pakistan. It was obviously a tit-for-tat response as the Afghan government for years has been accusing Pakistan of sheltering the Afghan Taliban and allowing them to infiltrate Afghanistan to attack Afghan and US-led NATO forces.

Faqir Mohammad, in his early 40s, was captured along with four men on February 20 by Afghan intelligence agents in the eastern Nangarhar province. He was reportedly on his way from Kunar to Torkham when his vehicle was intercepted by Afghan officials near Basawal town. They were reportedly heading towards Pakistan’s Tirah valley in Khyber Agency where the Pakistani militants have set up bases after being evicted from their tribal strongholds by Pakistan’s security forces. 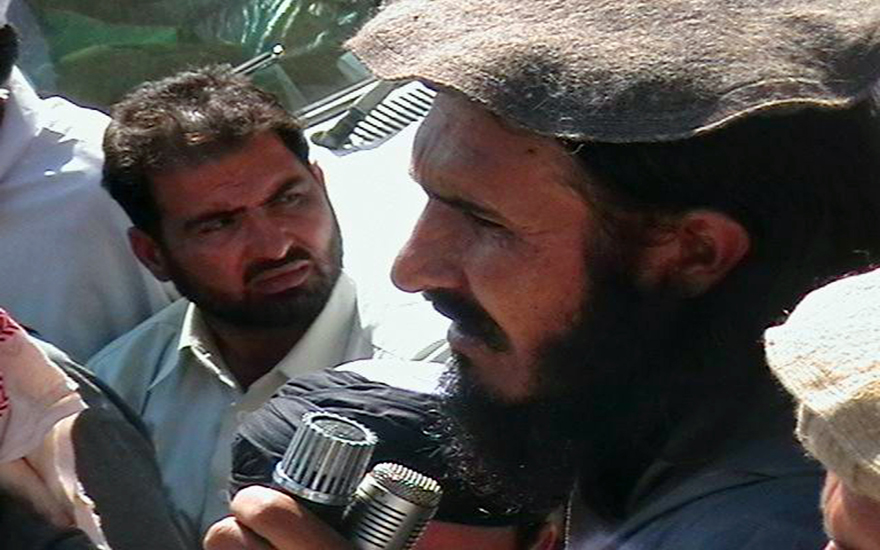 While asking the Afghan government to deliver Faqir Mohammad to it, Pakistan took the plea that he was wanted in cases of attacks on Pakistan’s security forces and government institutions. For the last two years, Islamabad has been pushing Kabul to take action against Afghanistan-based Pakistani militants  who, they allege, were using Afghan soil to launch attacks in Chitral, Lower and Upper Dir districts and Bajaur Agency.

Faqir Mohammad was the deputy head of the Tehrik-i-Taliban Pakistan (TTP), the umbrella organisation of the the Pakistani Taliban, but was removed from his position last year following his support for peace talks with the Pakistan government. Though the TTP leadership too has now offered to hold peace talks with the government, such a suggestion at the time was considered treason to the militants’ cause and Faqir Mohammad was summarily demoted and instructed to work as an ordinary fighter. Soon afterwards, the TTP appointed Maulvi Dadullah, whose real name is Jamal Said, as the head of its Bajaur chapter to further humiliate Faqir Mohammad. In recent months though, Faqir Mohammad had tried to mend fences with the TTP leadership and it is believed that his decision to take the risk and travel to Tirah valley via Afghanistan was primarily motivated by the desire to reconcile with his former comrades.

There were also reports that Faqir Mohammad opted to leave Kunar as there had been deadly US drone strikes recently against both the Afghan and Pakistani Taliban in the province. In fact, his rival TTP commander Maulvi Dadullah was killed in one such drone attack along with his deputy Abdur Rahman in Kunar’s Shigal valley in August last year.

Soon after the announcement of Faqir Mohammad’s capture by the Afghan authorities, Pakistan’s Foreign Minister, Hina Rabbani Khar, contacted her Afghan counterpart, Zalmay Rasul, to seek his handover to Pakistan. She did not get any assurance from the Afghan Foreign Minister and it soon became obvious that Kabul had no intention of delivering Faqir Mohammad to Pakistan.

This was not unusual as no Afghan government in the past has expelled or delivered to Islamabad any Pakistani who was given refuge in Afghanistan. This was true even during the friendly Taliban rule when the Mulla Mohammad Omar-led government declined to hand over the wanted Lashkar-i-Jhangvi militant, Riaz Basra, to Pakistan. In the past, Kabul had hosted dissident Pakhtun and Baloch politicians, ranging from Ajmal Khattak to Afrasiab Khattak and Khair Bakhsh Marri, to Sher Mohammad Marri and enabled them to carry out their political activities. Murtaza Bhutto and Shahnawaz Bhutto’s Al-Zulfikar organisation too was provided sanctuary in Afghanistan. In recent years, Baloch separatists, including the late Balach Marri and Brahmadagh Bugti, who is presently living in Switzerland, were given refuge by the government of President Hamid Karzai. Pakistan, on the other hand, quietly handed over several Afghan Taliban leaders, including Ustad Mohammad Yasir and Akbar Agha, to Afghanistan in recent years.

While asking the Afghan government to deliver Faqir Mohammad to it, Pakistan took the plea that he was wanted in cases of attacks on Pakistan’s security forces and government institutions. For the last two years, Islamabad has been pushing Kabul to take action against Afghanistan-based Pakistani militants such as Faqir Mohammad, Maulana Fazlullah, Abdul Wali aka Omar Khalid Khorasani, Hafeezullah Kochwan, etc. who had crossed over to Kunar and Nuristan provinces after suffering defeat at the hands of Pakistani security forces. Pakistan had repeatedly alleged that these militants were using Afghan soil to launch attacks in Chitral, Lower and Upper Dir districts and Bajaur Agency. Pakistan was hoping that the Afghan government would reciprocate its gesture of releasing Afghan Taliban leaders by expelling the Pakistani Taliban from its territory, but it didn’t happen. This disagreement could offset the slight improvement in Pak-Afghan relations witnessed during the recent visit of an Afghan military delegation led by Defence Minister General Bismillah Mohammadi to Pakistan.

The Karzai government and its High Peace Council, led by Salahuddin Rabbani, had initially welcomed Pakistan’s decision to release Afghan Taliban leaders on the latter’s request and termed it an important step to promote the peace process in Afghanistan. However, Afghan officials subsequently began questioning Pakistan’s intentions by arguing that the freed Taliban leaders should have been handed over to Kabul and their movements monitored to prevent them from returning to the battlefield. They also complained that Pakistan had not yet freed the former Afghan Taliban deputy leader Mulla Biradar and a senior operative Abdul Ahad Jehangirwal, who could play a key role in the peace process. A high-ranking Pakistani military official recently clarified that it was made clear to the Afghan government that Islamabad would not hand over any Afghan Taliban leader to Kabul and that Pakistan would not be responsible for the future actions of the freed Taliban. 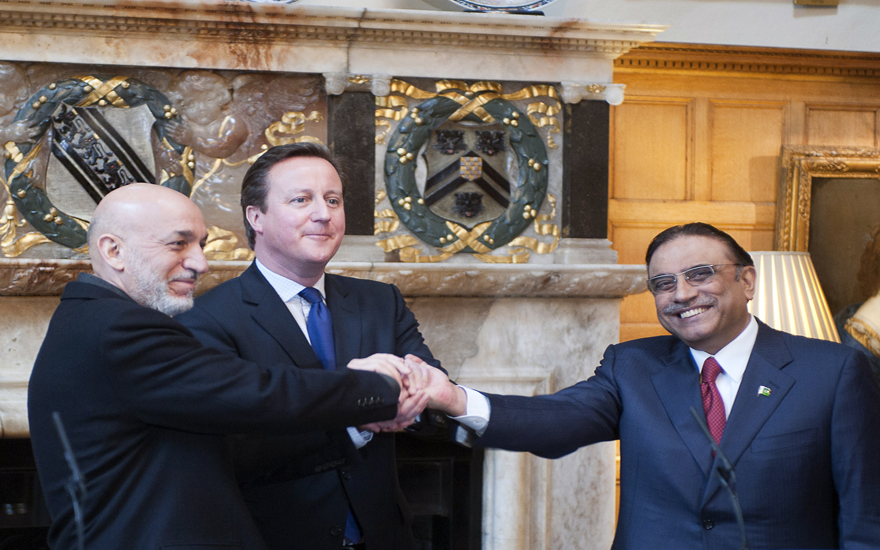 A mechanism has now been created by setting up a two-member committee in Afghanistan and Pakistan to coordinate with each other when making decisions about releasing more Afghan Taliban prisoners in future. However, this arrangement, which was agreed upon during the recent summit meeting in the UK between British Prime Minister David Cameron, President Karzai and President Zardari, hasn’t been tested yet. It certainly won’t be easy for Islamabad and Kabul to cooperate to their mutual satisfaction,given the deep distrust in their relationship.

A mechanism has now been created by setting up a two-member committee in Afghanistan and Pakistan to coordinate with each other when making decisions about releasing more Afghan Taliban prisoners in future.

However, this arrangement, which was agreed upon during the recent summit meeting in the UK between British Prime Minister David Cameron, President Karzai and President Zardari, hasn’t been tested yet. It certainly won’t be easy for Islamabad and Kabul to cooperate to their mutual satisfaction of each other given the deep distrust in their relationship.