When Maps for Lost Lovers was published, you spoke avidly of a character, Wamaq Saleem and your father’s desire to be a poet. Please comment.

I was born in Gujranwala in a non-affluent background; I don’t come from a rich family. My father wanted to be poet as a young man in his ’20s and published poems in magazines and journals and what have you. But the way things happened — if you’re not rich you’re expected to look after your family — he had younger brothers, his mother was a widow, he had to go out and get a job, he couldn’t devote his time to his job as it were and then his marriage was arranged for him. And having children is a responsibility. All my life I felt there was a wound in my father, that his real life hadn’t happened, and so when I began writing my novel I decided that I would make him into Pakistan’s greatest poet in the universe of my novels. He wrote under the pen name Wamaq Saleem, and now in each one of my novels the greatest Pakistani poet is always called Wamaq Saleem. Eventually, I hope to write a trilogy based on Wamaq Saleem’s life. I’ve done for him in the universe of my novels what he couldn’t do in real life, because of me.
In this last decade a lot has happened in your life — two more novels and frequent trips to Pakistan. On a personal level, besides pleasure do you feel any resentment or anger?

No, I wouldn’t use the word anger at all. It’s an overwhelming feeling of being home. If there is anger, then it is at the circumstances that didn’t allow me to come back. I wasn’t rich enough to afford a plane ticket to Pakistan. I know what you’re referring to, that there are so many problems that Pakistan has, but I keep saying that Pakistan is 65 years old. Can we look at what America was like 65 years ago? Can we look at what England was like when it was 65 years old? This is not a call to be complacent, “kay aaram say beth jao,” sit and not do anything. There is work to be done, but we can’t despair.

I don’t think I take back anything for anyone else. I can’t really tell anyone anything about Pakistan. I come from an extended family in Pakistan — my father is one of nine brothers, my mother one of eight children — and I was just calculating the other day that I have 50 first cousins. It would be idiotic for me to say that I know exactly what it is that those 50 young men and women are feeling.

The first line in your latest book, The Blind Man’s Garden is, “History is the third parent.” Could you elaborate on that?

I was thinking of this sentence very broadly to encompass not just the immediate politics of the day — which is history in the making in the newspapers right now — but also ancient history. The book goes back to what happened in the Indian mutiny. Surely certain forces acted on my father, my grandfather, my great-grandfather, and the land that they were in. We are in Pakistan and that was created in 1947 — so again that is history.

The idea of Pakistan is one of the most moving ideas of my life, and I know it’s been corrupted. People say that a country was founded on the principles of religion and look what happened. But, on a day-to-day level, how the country was made, and how my family left India and came here, and the sentences being spoken up and down this land and perhaps around the planet, “log kehtay hain naya ghar banain gey, acha mustaqbil ho ga,” I find it deeply moving, the idea of Pakistan; yes, it has been corrupted, things went wrong. 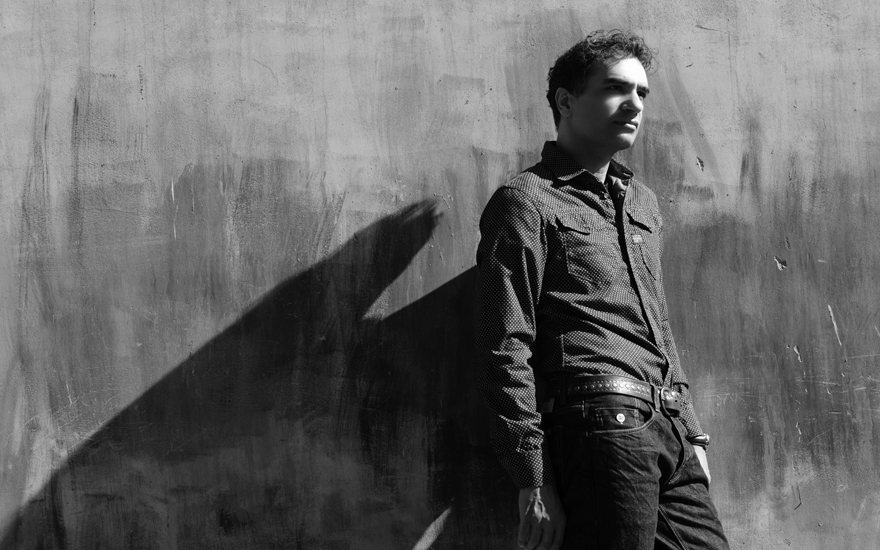 In my novel The Blind Man’s Garden, the garden is more than a garden — the boundary wall of the garden is draped in jasmine which is Pakistan’s national flower. For me the garden of the title is Pakistan, and at one point I specifically dress the blind man Rohan, the lead character, as Muhammad Ali Jinnah. I believe the story of Pakistan began with the great principles of Islam, and in the garden of my book I have six buildings representing the six great Islamic civilisations of Mecca, Baghdad, Cordoba, Cairo, Istanbul and Delhi. The book charts these eras for 400 odd pages to see what went wrong. The idea of Pakistan is a noble one and we can sit for the rest of the day talking about the foundations of Pakistan — I find it very moving.

Do you see yourself as secular or do you find that given the environment of your parental home, you veer towards religion?

My father was secular but my mother was religious. I am secular. The people I write about are religious so I have to be interested in religion to make a convincing enough religious person. Does that make sense? I love coming to Pakistan now because as a novelist it’s very interesting to observe that in the rest of the world, God is dead, but this isn’t the case in Pakistan. God is not only alive, God is everywhere and has a say in people’s lives.
Which were the first books that you read?

Well, because my father always wanted to be a writer our house was full of books. As a young boy I knew that Udaas Naslain existed, Intizar Hussain and Faiz sahib were writers I had heard about, and I was aware of the great canon of Urdu literature. When I went to England I sought out the equivalent of our great writers and subsequently began reading writers from the rest of the world. But my idea of literature and great literature was formed by Urdu literature. I read Hardy, Faulkner, D.H. Lawrence, Dickens, the whole of Conrad — I copied out Nabakov’s Lolita by hand. I wanted to see where a comma fell, where a full-stop was. I copied out all of Blood Meridian, Herman Melville’s Moby Dick; I wanted to see how a sentence was constructed, what a paragraph was, what a page looked like.

What advice would you give young people today?

Someone asked Faiz Ahmed Faiz what advice he would like to give to young people and he said, “Mohabat karo; love.” But love isn’t just one kind of love; love books, fall in love with stories, with ideas, with history, with your narratives. Love is filial love, platonic love, and romantic love; love your culture, love your air, love your birds, love your trees, love your flowers, love your streams and love your rivers.
Which era of history would you have liked to be born in?
I am perfectly happy being here now. I am glad I am alive.