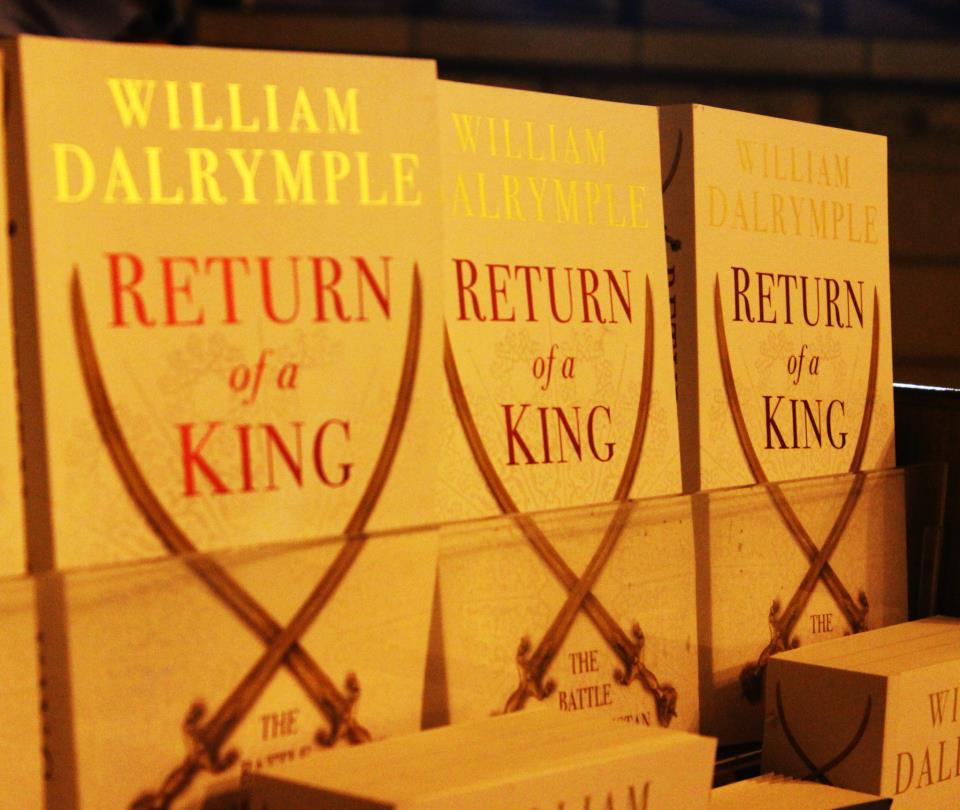 Amid much fanfare, celebrated British author William Dalrymple launched his latest book, Return of a King, at the Indus Valley School of Art and Architecture in Karachi. Packed to capacity, the eager audience was made to wait a full 45 minutes while the author had refreshments with the organisers, leaving many in the crowd rather irked. Some members of the audience even grumbled, “They’re punishing us for coming on time!”

Once Dalrymple took the stage, however, he mesmerised his many admirers with his folksy, conversationalist style and his deep insight into the workings of the British Raj. Drawing parallels between the nineteenth century Great Game of the world’s two greatest empires of the time and the Anglo-American misadventure of the last decade, Dalrymple enthralled the audience with his irreverent and critical account of history repeating itself, almost ad verbatim.

He outlined the blunders committed by the invading British imperial army, describing the occupation of Afghanistan as the greatest “catastrophe” that befell the Raj. Dalrymple also pointed out similar missteps taken by US forces in Afghanistan in the last few years.

After concluding his talk Dalrymple engaged in a lively discussion with his fans, during which he revealed he had distant South Asian roots. Though the evening had a slow start, it progressed to a lively and engaging event for the city’s literary aficionados.