The last time any book discussing 1971 was featured on the literary pages of Newsline was in 2002, when I reviewed a modest collection of short stories entitled 1971 and After. This, in itself, should be a cause for concern. Why the silence surrounding a historical moment that played a pivotal role in defining Pakistan’s national identity? Why has 1971 disappeared in the endless narratives of violence and sectarianism that hang over the subcontinent? 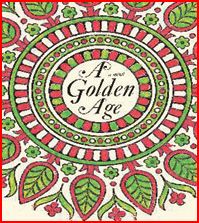 Part of the answer is undoubtedly political. The Bangladesh War of Liberation was an awkward footnote in Pakistan’s history. It was only in 2000 that President Musharraf agreed to declassify the Hamoodur Rehman Commission report on the war. It catalogued the massive technical and moral failings of the Pakistan Army and highlighted the structural effects of poor leadership over the period 1947-71. It made clear that 1971 was no isolated guerrilla war but the result of the failure of successive Pakistani governments to adhere to even the most basic rules of sound governance, forward planning and moral rectitude.

Unlike Pakistanis, the Bangladeshis have clutched their history close to their chest. The mythologising of 1971 and the pushing aside of its messy details have helped Bangladesh recover from the raw wounds of the war. While the bitterness associated with the discrimination and violence unleashed on Bengalis has yet to fade, the many voices of 1971 have slowly been drowned out by the challenges of everyday life in a country that struggles to stay alive.

It is just these voices that Tahmima Anam wants to retrieve in her first novel, A Golden Age. The enormity of her task is self-evident: to tell the story of 1971 requires an almost superhuman capacity for synthesis — and, even then, a young author would hope to be able to lean on the achievements, flaws and syntheses of his or her predecessors. But, with the paucity of work on 1971 in English and the current vogue among South Asian writers for tales of the East-West culture clash, Anam has the difficult job of disentangling and translating stories that have long been part of a highly-charged national debate but have received relatively little attention outside Bangladesh.

Daughter of the highly respected journalist Mahfuz Anam, for her Ph.D in Social Anthropology from Harvard University, Tahmima interviewed a wide range of people in her attempt to construct an oral history of the Bangladeshi freedom fighters. These testimonies provided the inspiration for the book. They have also given her a formidable feel for the context and texture of daily life.

The tightly-woven chapters of A Golden Age take us through the war chronologically, from the perspective of Rehana — a Calcutta-born widow, who loses her children to her husband’s family after a court case in 1959. By the time she is able to get her children back from Lahore, where they had been sent, East Pakistan is on the verge of a revolutionary upheaval. Rehana’s two children — Sohail and Maya — both become students at Dhaka University, which is a hotbed of resistance and revolutionary activity

Caught up in a heady mix of Third World socialism and Bengali nationalism, the two children gradually become increasingly involved in the resistance efforts. Sohail, ever the charismatic leader, finds himself inexorably drawn to the liberation army (Mukti Bahini). Despite his mother’s fears, the pressures of Sohail’s conscience ultimately prove too overwhelming when the Pakistan Army launch the murderous Operation Searchlight in March 1971; he decides to join the liberation army. As war-torn Dhaka adjusts to life at the point of a bayonet, Sohail leaves his native city to participate in the war.

It is not long before he returns home to ask his mother whether her spare house can be used as a base and arms depot by the resistance army. The house had been occupied by Hindu tenants, who fled at the start of the war. As we are later reminded, when Rehana meets one of her tenants again, a liberation struggle is particularly brutal for the country’s minorities — be they Biharis, persecuted for appearing to be Pakistani collaborators, or the congenitally tainted Bengali Hindus.

Rehana, in the end, agrees to Sohail’s request and soon finds herself at the heart of the resistance efforts: she begins to hide information from her friends, knowing that there is a stockpile of weapons in her back garden; she takes to sewing blankets and clothes for the freedom fighters; she even shelters a wounded major in her empty house for several weeks — an incidental event that later has a powerful impact on her life.

In the meantime, Maya is desperate to play a more active role in the war. Eventually, seeing her daughter’s unhappiness, Rehana sends Maya to stay with family in Calcutta where she quickly becomes involved in the freedom movement for Bangladesh. Maya’s vocation as a reporter and activist in the refugee camps transforms her and, when Rehana is forced to leave Dhaka for Calcutta, she finds her daughter deeply committed to the cause of liberation.

But Rehana, too, has become heavily involved in the war. When she pleads with her brother-in-law — a general in the Pakistan Army — for the release of a freedom fighter, she both incurs the wrath of her family and witnesses the shocking conditions in the internment and torture centres run by the Pakistani police and armed forces in Dhaka.

After spending three months in Calcutta, Rehana returns to Dhaka. By this time, the war is in its final stages. Maya is still on the other side of the border but Sohail and the Mukti Bahini have planned a major strike on electrical units in the city. It is the consequences of this final strike, only days before the end of the war, that take us to the heart-wrenching climax of the novel. The message seems unambiguous: as in so many 20th century liberation struggles fought under the weight of grand ideologies, it is the small gestures and individual sacrifices that make up the tapestry of war.

Anam makes this abundantly clear throughout the novel. The bombs and gunfire often fade into the background, leaving only the banter, frustrations and emotions that accompany everyday battles. Anam’s characters fall in and out of love, long for their mother’s food and sweat during power outages. There is one emotion that runs as a motif throughout the novel: loss.

Rehana loses her husband to death, then her children in a court case; just as she gets her children back, she loses them again to the war. Though the family is eventually reunited, each time circumstance is greater than the individual. The revolutionary tumult of 1971 pulls Rehana and all those around her into a wider web from which they cannot escape.

However, the revolution requires sacrifice, and circumstance has little time for the intricate details of personal history: Rehana speaks perfect Urdu, hums ghazals to herself and can recite Ghalib. Does this make her a good Bengali nationalist? Does it make her a nationalist at all? Who has she betrayed by giving shelter to the Mukti Bahini?

Anam wisely leaves these questions unanswered. But to ask these questions is both to suggest the ambiguity of personal identity in the face of a civil war and the deep sense of pain and loss that accompanied the violence of 1971. Pakistani stereotypes that cast Bengalis as lesser Muslims and fundamentally incapable of governing themselves were not only gross fabrications, but they represented the inability of a Pakistani model of national identity to countenance difference and ambiguity.

Far from being consigned to ancient history, there are still many lessons to be learned from 1971. With the steady progression of Islamic fundamentalism both in Pakistan and Bangladesh, that is deeply hostile to difference, the open sore of 1971 is a stark reminder of the consequences of such a position. By giving her characters lives, loves, losses and joys, Anam reminds us that the total worldview demanded by national and Islamic ideologies is a dangerous one. Behind the power politics, it is in the small details, minor accommodations and awkward compromises that collective histories are made.

But, if Anam wins us over in the details — from the sound of the monsoon rain on the tin roof to the pungent smell of pickles — it is in its scope that A Golden Age is most impressive. The book presents a remarkable panorama of events, moving comfortably from the miniature to the broad canvas. Many of the important themes are here: the historical injustices heaped upon Bengalis; the horrors of war rape, torture and indiscriminate army violence; the dÃ©nouement of the war itself and the overflowing refugee camps.

Only, every now and again, it feels as if the plot is dictated by its themes, and it is at these moments that Anam’s efforts to explore the texture of her characters falters. We sometimes miss the dissenting voice or counter-narrative. But it is perhaps churlish to demand many stories, when writing one is enough of a challenge — and, more often than not, the author uses her carefully crafted prose to retrieve a touching detail that lifts the narrative away from its thematic base. Even if there is occasionally the feeling that a relatively unproblematic historiography of the war has been weaved in with each one of the characters, the story Anam tells is deserving of a wide audience. It is not only a tale of death and loss, it is also that of triumph in adversity.

It is appropriate, then, that the book ends on a note of hope, perhaps even defiance. To whom this defiance is addressed remains unclear. To a Pakistan that first abandoned half of itself and then unleashed its wrath on the Bengalis? Or a future Bangladesh of natural disaster, political instability and structural marginalisation? Anam is in the unusual position of being able to speak to both of these legacies. A member of the new generation, she writes at a moment where memory fades and history begins.

In a clear and compelling voice, Anam has given us a novel that makes a significant attempt to get inside the over-lapping worlds of 1971. She sets a high standard for future writing on the subject in English. A Golden Age should be obligatory reading, for it restores to 1971 some of the historical urgency an event of such critical importance deserves. While those outside Pakistan will discover with pleasure an author of considerable talent, those inside Pakistan should take this wonderful opportunity to look carefully at their country’s uncomfortable relationship with its bitter past.