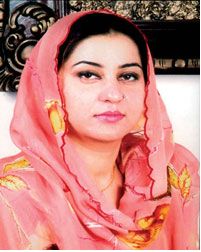 On June 19, 2004, dozens of people gave Maulvi Ghulam Sarwar, a man charged with the murder of four women, a rousing reception when he was freed from Gujranwala’s Central Jail after being exonerated of all charges by the city court. They carried him on their shoulders in a procession from the prison to his home. His supporters said they were proud of the fact that he had killed women of “easy virtue.”

On February 20, 2007, Sarwar repeated his dastardly act: this time he shot dead Ms Zille Huma, Punjab’s affable social welfare minister. Huma was meeting with people in Gujranwala’s Muslim League house when she was shot in the head. She was airlifted to Lahore General Hospital but died during surgery. Ghulam Sarwar offered “thanksgiving” prayers in the police lock-up. Police say that even prior to the murder, he had offered special prayers in a mosque.

According to the DIG Gujranwala, Khadim Bhatti, people present at the site caught Ghulam Sarwar and handed him over to the police. During the initial investigations, the accused told the police that he had killed Zille Huma because he could not tolerate a woman holding a public office; it went against the injunctions of Islam and amounted to the domination of men by women.

Ghulam Sarwar confessed to the killing of the minister in his first appearance before the anti-terrorist judge Mujahid Mustaqeem Ahmed by saying that his killing of Zille Huma was an act of jihad and that ‘he was proud of this act.’ However, this time round there was no one to applaud him.

“Had he not killed a popular woman politician but some ordinary fashionable woman, people would have demonstrated in his support,” says Ehtisham, a local resident, who remembers the celebrations when Sarwar was freed from jail nearly three years ago. He says at the time his supporters believed that the celebrations were justified because he had eliminated women who were spreading vice in society. In its investigations, the police had submitted that all the women he had killed previously were call girls.

Forty-five-year-old Ghulam Sarwar was first arrested in 2002 and charged with the murder of three alleged call girls in Gujranwala and one in Lahore. He was also charged with injuring four women in Gujranwala and two in Lahore. Six cases of murder and attempted murder were registered against him. Astonishingly, the courts absolved him of the charges in all the cases. Apparently the heirs of the victims withdrew their allegations against him and witnesses changed their statements in court.

The withdrawal of four murder cases against Sarwar leads to the suspicion that he might have had the backing of some extremist organisation that forced or bribed the complainants to step back. Police say that in the initial investigations, it could not ascertain Sarwar’s connection to any extremist religious group. It is generally believed that the heirs of the murdered women were paid off to get him off the hook. 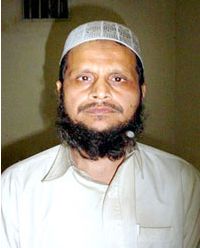 Given the conservative atmosphere of Gujranwala, where people tend to be consumed by feelings of self-righteousness and where the concept of putting an end to prostitution by murdering calls girls is acceptable, the acquittal of Ghulam Sarwar should not come as a surprise. Rashid Randhawa, DSP Gujranwala, says at the time everyone in the city seemed to be a supporter of Ghulam Sarwar and “perhaps the police and the court also got influenced by that general opinion.”Sarwar’s younger brother Afzal says that his father sold off a piece of land to pay the heirs, who were poor people and accepted paltry amounts ranging from Rs.10,000 to Rs.50,000. Locals say that the heirs were also embarrassed by the fact that the proceedings in court would bring shame to them because the police would “expose the character” of the murdered women.

Educated opinion, however, was in favour of putting Ghulam Sarwar into a psychiatric treatment ward. Mr Danish Malik, a local psychologist in Gujranwala, says that when he met Ghulam Sarwar, he found him to be a maniac. He said he had asked the police to get a group of doctors to examine and treat him and advised that he be kept in a separate cell. The police did not heed his advice.

Serial killer Sarwar was a shopkeeper selling hardware in Daal Bazaar in Gujranwala. He belongs to the Ahle Hadith sect and has performed Haj once and Umra twice. His neighbours say that he was greatly influenced by his mother, who is 90 years old and observes strict purdah. No male in the neighbourhood has ever seen her face. Apparently he could not bear to see women without the veil and would refuse to sell them merchandise.

Sarwar passed his matric from PB Model School and later attended various seminaries (madrassahs). He would frequent congregations of the defunct Lashkar-i-Taiba and attend meetings addressed by the Jamaat-ud-Daawa leader Hafiz Saeed, but he was not a card-carrying member of these organisations. He used to give sermons on religion at a local mosque every Thursday after Maghreb prayers. He had named his sons after the prophets Adam and Noah.

Neighbours recall that before the murders of the alleged call girls, Sarwar, on two separate occasions, had fired in the air to scare away eunuchs who had come to a nearby house to celebrate the birth of a baby and a wedding ceremony.

Seen from a distance, the character of Ghulam Sarwar may appear chilling, but in Gujranwala itself, this man does not seem to be out of place. The city abounds with similar tales of violence, instigated by fanatics. Two years ago, in April 2005, when the Punjab government organised a marathon in the province for the first time, the local activists of religious parties, including the mainstream religious parties Jamaat-i-Islami and the Jamiat Ulema-i-Islam, had carried out massive air-firing to scare away the participants and burnt and ransacked dozens of cars parked outside the stadium where the women’s marathon was to be held. All of them were subsequently freed on bail. The slain minister Zille Huma had enthusiastically participated in the holding of that marathon.

Four years ago, on May 31, 2003, a local member of the parliament, Qazi Hameedullah, belonging to the six-party religious alliance MMA, had led hundreds of students and followers to attack a local circus saying it was spreading obscenity and vulgarity. The mob had ransacked and burnt the circus, and the artists performing there had to run to save their lives.

Soon after this incident, Qazi Hameedullah was arrested and a criminal case was registered against him and the others, but the provincial government withdrew the case and released all the accused. Qazi Hameedullah is a noted religious scholar running a seminary of his own in the city and is believed to be a teacher of the Taliban leader, Mullah Omar. He is a widely revered man, and billionaires from the industrial sector are said to touch and kiss his feet as a sign of respect.

Close to Gujranwala is also located the town of Saroke Cheema where, in May 2006, thousands of people had thronged the funeral of Amir Cheema, who had died in the custody of German police. He was charged with attempting to murder a German journalist who had passed certain controversial remarks about Prophet Muhammad (PBUH). The German police claimed that Amir had committed suicide, but people in Pakistan generally believed that he had died of police torture. In his village near Gujranwala, he was buried like a hero of Islam.

Ten years ago, in the same city, a mob had burnt alive a local Muslim, Hafiz Tahir, soon after it was rumoured that he was a Christian and had burnt the pages of the Quran. Afterwards, it was revealed that Tahir was neither a Christian, nor had he burnt the Quran.

In an atmosphere charged with religious extremism, the killing of a woman politician by a fanatic on some religious pretext should not come as a surprise. Moreso, if those who have indulged in similar acts of violence in the past have been allowed to get away scot-free.