The Islamic Movement of Uzbekistan (IMU) has had a presence in Pakistan for more than a decade, but it has never aroused the kind of curiosity and anger that it is now.

The reason? The group claim that it was behind the audacious June 8 attack on Jinnah International Airport, Karachi. It claimed responsibility for the attack and put up pictures of the 10 Uzbek attackers online. The bearded, turbanned  young men had the characteristic Uzbek/Mongol features. It was like a wake-up call for the country, whose vital security and economic installations were under attack, not only from Pakistani militants operating from the platform of the Tehreek-e-Taliban Pakistan (TTP), but also by foreigners ranging from Uzbeks to Al-Qaeda-linked Arabs and many others.

Before IMU claimed responsibility for the Karachi airport attack, the TTP had made a similar claim through its spokesman, Shahidullah Shahid. On second thought, and apparently to avoid embarrassment and overcome the confusion, he later clarified that the attack was a joint mission of the TTP and IMU. However, the IMU claim was more credible as it had posted the pictures of the 10 smiling attackers as evidence of its involvement in the brazen assault. This also showed that IMU was better organised in terms of its planning and media management and was keen to take pride in the sacrifice of its members in carrying out such an attack. Though the TTP has in the past glorified some of its suicide bombers, it didn’t do so this time, apparently due to the fact that none of its fighters was part of the group of 10 who stormed the old terminal of Karachi airport and fought for hours before dying along with 28 other people, including personnel of the Airport Security Force (ASF).

Whatever the truth, the IMU claim reinforced the impression that the TTP has been seeking the services of Uzbek militants whenever the target is difficult and complicated. This brought back memories of the brazen attack on the Bacha Khan International Airport in Peshawar in 2012, in which the tattooed bodies of a few of the slain men believed to be Uzbeks were recovered from the site of the failed assault. Investigators had difficulty in identifying them, and it was suggested that they were Uzbeks or Chechens, who had lived under Russia’s domination for generations, and moved after the break-up of the USSR.

The first time the Uzbeks and IMU caught the attention of Pakistan’s security agencies was in late 2003, when the military went on an offensive in Kajha Panga village near Wana in South Waziristan, after receiving intelligence reports about the presence of foreign militants in the area. They besieged a house and ordered the men inside to surrender. Through deception and determination, the men stated to be mostly Uzbeks managed to escape after killing some of the soldiers, including an army captain. The next encounter with the Uzbeks took place in the village of Kaloosha near Azam Warsak town in South Waziristan where, in the words of the then Pakistan military ruler General Pervez Musharraf, a “high-value” target had been cornered and would soon be taken out. His remarks alerted the Americans and their allies, as they felt that the founder of Al-Qaeda himself, Osama bin Laden, or someone high in the hierarchy of his organisation had come under siege.

As it later transpired, the “high-value” target was reportedly the IMU head Tahir Yuldashev, who wasn’t of much interest to the US at the time as it was seeking to punish Al-Qaeda for organising the 9/11 attacks in New York and Washington. Yuldashev and his men, backed by Pakistani militants, managed to break the siege and escaped to fight another day. The security forces suffered heavy casualties in the Kaloosha battle as the militants were waiting to ambush the slow-moving military convoy. It made the army command realise that tackling the local and foreign militants entrenched in South Waziristan was not going to be easy. Subsequently, in April 2004, the army made its first peace deal with the local Taliban militants at a seminary in Shakai where Corps Commander Peshawar, Lt Gen Safdar Hussain, who famously embraced Commander Nek Mohammad, received a Waziristani dagger as a gift from him and called him a man of peace. Under the deal, Nek Mohammad was required to identify and present the foreigners, including the Uzbeks, for registration so that the local Pakhtun tribes could guarantee their ‘good conduct’ in the tribal areas. But disagreements soon broke out with regard to the terms of the peace agreement and this, and some other clauses of the accord, were never implemented. A number of subsequent peace accords also had this clause regarding regulating the presence of foreign militants, but no mechanism was put in place to have it implemented. In any case, the Pakistani state had become weak and lacked the will or the capacity to implement it. 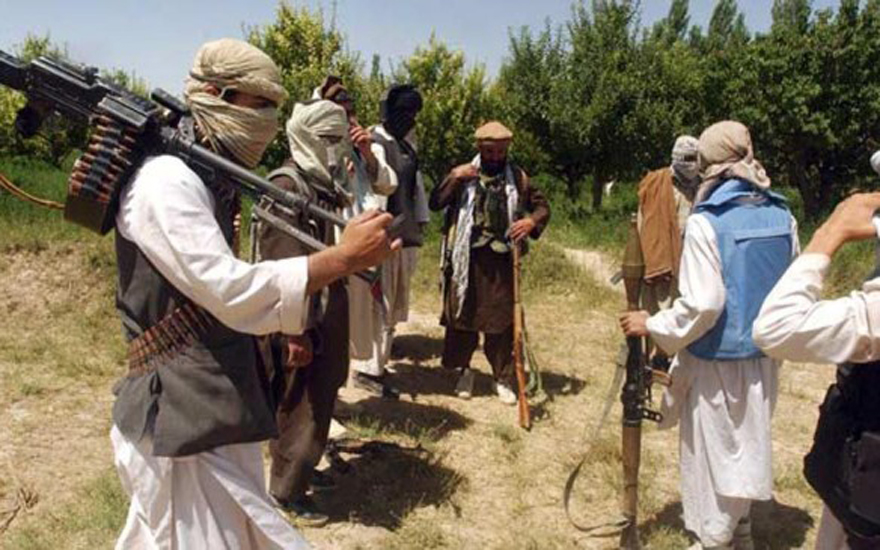 In the spring of 2007, the Ahmadzai Wazir tribe and local militants, led by Maulvi Nazeer, expelled the Uzbeks living in the Wana area in South Waziristan after some fierce fighting. The Uzbeks had allegedly misused their hospitality and become ruthless in their dealings with the tribesmen. The fleeing Uzbeks were given refuge by the TTP founder Baitullah Mehsud, in the area inhabited by the Mehsud tribe in South Waziristan Baitullah Mehsud and (after his death in a US drone strike) his successor Hakimullah Mehsud were great supporters and protectors of the Uzbeks, and in return the Uzbek militants helped them to fight the Pakistani security forces and attack government installations. Many Uzbeks were displaced from South Waziristan during the military operation that began in October 2009, but they soon found refuge in North Waziristan. The recent military action, in North Waziristan has, once again, displaced the Uzbeks. There were reports that they had moved in with local militants in different tribal areas, including South Waziristan, and particularly to the Shawal valley which stretches to North Waziristan and Afghanistan.

IMU suffered a huge loss when Yuldashev, its long-time leader was killed in a US drone strike in North Waziristan on August 27, 2009. He had co-founded IMU with Juma Namangani in 1991 in Uzbekistan to combat the government of the long-serving former communist president, Islam Karimov, who ruled his country with an iron-hand and ruthlessness not seen in any other Central Asian country. One of the accusations against him is of torturing his opponents to death using boiling water. The failure of the IMU’s Islamic uprising forced its leaders and cadres to escape to Tajikistan and finally to Afghanistan, where the Afghan mujahideen government of President Burhanuddin Rabbani and Defence Minister Ahmad Shah Massoud in the early 1990s gave them refuge. When the Taliban came to power in Afghanistan in September 1996, they allowed IMU and other militant groups, including Al-Qaeda, to operate there. Juma Namangani was killed in November 2001 in an air strike by the US military following the American invasion of Afghanistan. The fall of the Taliban regime prompted Yuldashev and his men to escape to Pakistan and find refuge and sanctuaries in the South Waziristan tribal region. After Tahir Yuldashev’s death, Usman Adil became the IMU leader — but he too was killed in a US drone strike. Presently, Usman Ghazi is head of IMU, which had earlier suffered a split when some Uzbek militants together with like-minded persons formed the Islamic Jihad Union.

IMU, its ally East Turkestan Islamic Movement (ETIM) of the Uighur Muslims from China’s Xinjiang province and the breakaway Islamic Jihad Union have been weakened by repeated Pakistani military operations, US drone strikes and opposition by certain Pakhtun tribes in FATA. They have been facing difficulties in getting fresh recruits from Uzbekistan. They still want to bring change to their homeland through the use of force, but lack the power and support to do so. Unable to return to Uzbekistan and aware that they have nowhere else to go, the Uzbek militants have stayed on in Pakistan’s tribal areas and joined hands with the TTP and Al-Qaeda to fight their wars against multiple enemies. Pakistan will have to contend with IMU and other foreign militant groups as it wages war against the TTP and Al-Qaeda — because they are all allies.