At an airport bookshop recently, I came across two books on Edward Snowden: No Place to Hide by Glenn Greenwald and The Snowden Files by Luke Harding. While both books have generally received excellent reviews, I picked up Harding’s account as I have always admired his reporting in The Guardian for its objectivity and thoroughness. These qualities of reporting are very much evident in The Snowden Files.

The prologue begins with the cryptic email Snowden sent anonymously to the independent filmmaker, Laura Poitras, on June 3, 2013. The email started by identifying the sender as “a senior member of the intelligence community.” That set the ball rolling, so to say. It was through Poitras that Snowden reached out to Glenn Greenwald, then a columnist for TheGuardian, who took the lead in bringing into the public sphere all the secrets that Snowden was keen to share with journalists he trusted.

From the prologue to the final chapters, Harding has a strong grip on the fast pace of events (although sometimes nothing seems to move and the protagonists tensely wait for developments). He deftly leads the reader through the hotel room Snowden is holed up in Hong Kong, to Washington and London where most editorial — and intelligence — decisions were being swiftly taken.

Snowden’s anonymous email set off a chain of events whose repercussions are still being debated. In fact, after the initial expression of shock at the sheer scale of surveillance, the American Congress is going back on earlier decisions to cut back on this form of electronic spying on its citizens.

At the core of the gripping story is Harding’s sketch of Snowden’s persona. Reticent and media-shy, his personality is in stark contrast to that of another whistleblower, the flamboyant and media-savvy Julian Assange of WikiLeaks, still living at the Ecuadorean embassy in London. Harding sees a sincerity of purpose about Snowden. Though a Republican supporter with generally conservative views, Snowden deemed it his patriotic duty to reveal how the US government, through the National Security Agency (NSA), was violating the rights of its citizens. With the Government Communications Headquarters (GCHQ) in the UK, it was snooping not only on Americans but on people all over the world.

As Snowden’s files became public, more and more world leaders discovered to their horror and indignation that the NSA and GCHQ were monitoring their emails and phone calls. It was doubly embarrassing in the case of western allies, such as German Chancellor Angela Merkel and French President Francois Hollande. In a chapter titled ‘Der Shitstorm,’ Harding describes the mood in Germany following Snowden’s revelations. The Germans, he writes, with the ghosts of the Gestapo and the Stasi behind them, are more sensitive to an intrusive state and are unwilling to tolerate the equivalent of a Big Brother even if he happens to be a close ally. In fact, the expression Der Shitstorm entered the German dictionary in July 2013, following the widespread coverage given by the media. While Merkel was willing to downplay the surveillance, she was outraged to find that even her personal cell phone was being monitored!

Companies such as Google, Yahoo and Facebook don’t emerge from this account as totally innocent either. While each took shelter behind court orders, the fact is that they betrayed the trust placed in them by their users. 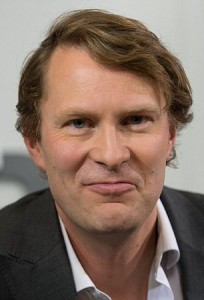 The Snowden Files is also an account of the courage and perseverance shown by journalists from The Guardian. Led by editor-in-chief, Alan Rusbridger, the small, select Guardian team showed that apart from determination, the decision to publish the Snowden files required nerves of steel and some smart strategic planning. It was decided fairly early on that the data received from Snowden will be stored outside Britain as well. Jill Abramson of The New York Times became a willing collaborator and provided support from a country which, although being the main accused in the scandalous system of mass surveillance, did ensure press freedom through the First Amendment.

The most shameful moment for freedom of the press came when operatives from GCHQ forced The Guardian to physically destroy the computers on which the Snowden files were stored. In a macabre scene straight out of a spy thriller from the days of the Cold War, Harding describes the spectacle: “Dressed in jeans and T-shirts and directed by Ian (from GCHQ), the three Guardian staff took it in turns to smash up bits of computer: black squares, circuit boards, chips. It was sweaty work. Soon there were sparks and flames. And a lot of dust.” On the arbitrary action of the British government, he writes, “The British government had compelled a major newspaper to smash up its own newspapers. The extraordinary moment was half-pantomime, half-Stasi. But it was not yet the high tide of British high-handedness. That was still to come.”

This high-handedness was evidenced when Greenwald’s partner, David Miranda, was detained and harassed at London’s Heathrow airport. His interrogation and treatment showed how badly shaken the British authorities were by the Snowden revelations. The Americans were not far behind in revealing how jittery they were when they declared Snowden a traitor for seeking refuge in Moscow. Edward Snowden is clear that he will not get justice in the US and will suffer the same fate as Bradley (now Chelsea) Manning.

The Snowden Files reads like a thriller you cannot put down. And Harding shows that facts can indeed be stranger than fiction.

This review was originally published in Newsline’s July 2014 issue under the headline, “Big Brother’s Watching You”