Does the PML-N budget have anything to offer the poor? The blunt answer to this question may be: Nothing. While that may be an overstatement, the numbers presented by the Pakistan Muslim League-Nawaz (PML-N) government and spelt out by Finance Minister Ishaq Dar earlier this month basically bill the cost of the Rs 3.9 trillion budget to the poor.

Dar’s budget speech that articulated the economic vision of the PML-N government is rooted on the simple philosophy of “growth.”

“The thrust of our government is to promote growth and equity in the economy,” he said. “We believe that the engine of growth has to be the private entrepreneurship and all measures are being taken to promote it across the board … The tax regime would help promote the growth paradigm. We do not want to stymie growth.”

While the government would like to stay ambiguous about poverty, independent reports indicate a poverty rate of around 60 per cent. The Oxford Poverty and Human Development Initiative (OPHDI) points out that multi-dimensional poverty — reflected in poor health, lack of education, inadequate living standards and threats of violence — affects about 80 million people in Pakistan.

The recipe for economic growth, envisioned by the current government, has expensive ingredients of tax incentives and growth opportunities for the industrial sector, foreign investment and the construction sector evident in the sizeable slashing of the corporate tax and the untouched income tax. Capital markets (stock, securities, capital ventures), too, escape any “damaging” taxes. The normally fussy textile sector has gone on record to appreciate the pro-industrial budget. The slashing of various export duties has won accolades from the export sector as well. Road transportation, another favourite of the Sharifs, receives a whopping Rs 111.5 billion from the Public Sector Development Programme, apportioned for the National Highway Authority (NHA). This includes Rs 49 billion for spending on the Pak-China Economic Corridor.

State services, which the poor rely on, such as healthcare, education, human development, population planning and social protection, have been generously slashed. The selective targeting programme of the Benazir Income Support Programme (BISP) continues to be the state’s only response to the massive poverty afflicting the nation with an allocation of Rs 97 billion. Higher education is allocated Rs 63 billion (out of Rs 86bn for education), sidelining the need for primary and secondary education. The prime minister’s youth programme, a major component of which is the non-productive laptop scheme, is awarded Rs 21 billion. Incidentally, the healthcare expenditure of Rs 26 billion is only slightly larger than the budget for Islamabad’s grand metro service. Population planning to address Pakistan’s biggest unfolding disaster, has received one of the lowest shares at Rs 8.2bn. Similarly, housing gets a  mere Rs  6 billion. 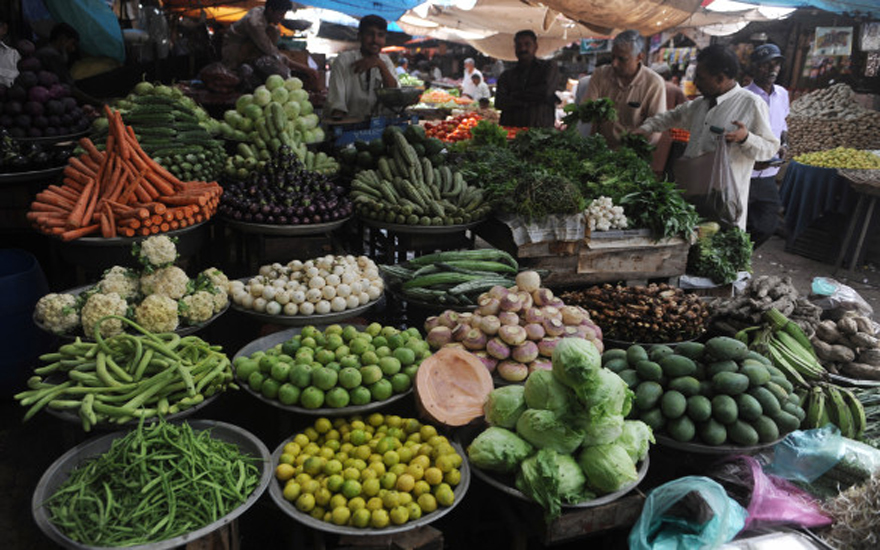 The social sector budgetary provisions reflect that the poor will, once again, be denied low-cost basic services and may have to turn to the private sector for the crucial needs of health, education and housing gravely affecting the rural migrants in the urban areas.

Another service that concerns the poor is law and order, which receives a meagre Rs 86 billion, much of which feeds into salary raises for the police and the judiciary. There is no effort to bridge the glaring gap in public order institutions to make them useful for the society. Comparatively, over Rs 700 billion have been allocated for defence and military expenditures, which comes as no surprise.

The past three floods affected over three million people in different parts of the country — water from the floods in 2012 still stands in the Jaffarabad region of Balochistan. Recently, the drought in Tharparkar and the Balochistan earthquake not only exposed the state’s ill-preparedness to deal with natural disasters, but also exposed the extreme vulnerabilities of the rural population. Add to this the thousands of Internally Displaced Persons (IDPs) resulting from military operations in the troubled FATA region and you have a disaster of significant proportions. By not making any special provisions for humanitarian emergencies, disaster mitigation or risk reduction, it’s clear that the state expects people to fend for themselves in times of emergencies. The state also continues to reject the local government system, which is far more efficient in service delivery and disaster response because it is better informed about the ground realities.

The government’s reliance on the private sector as “the engine of growth” is in line with the neoliberal order that abdicates the state’s responsibility for the livelihoods of the people. What needs to be seen is how effective this philosophy proves to be.

Two sectors have been hugely incentivised for job creation: the industrial sector (especially the textiles) and the construction sector. While the minimum wage has been raised to Rs 12,000, the Labour Force Survey suggests an average wage rate of Rs 11,023 and Rs 9,610 in the manufacturing and the construction sector respectively. However, both wages and the real wages are much lower because of contractor-based hiring and various other factors. While encouraging and rewarding the private sector to create jobs, the state neither restructures the wage board nor assigns any special provision to the labour departments to ensure that the minimum wage rate is implemented.

It is worth mentioning that the agriculture sector which employs 45 per cent of the labour force (working at a wage rate of Rs 7, 873 assisted by unpaid female workers) or the retail sector that contributes 20 per cent to the Gross Domestic Product (GDP), have been completely ignored as a parts of the “engine of growth.”

Besides making no significant allocation for the poor, and leaving it to the market to address their needs, the state, at the same time, asks the poor to pay for its ambitious adventures. They accomplish this in three ways: expanding indirect taxation, charging trade deficit to the poor, and extracting a price for the distorted production patterns. 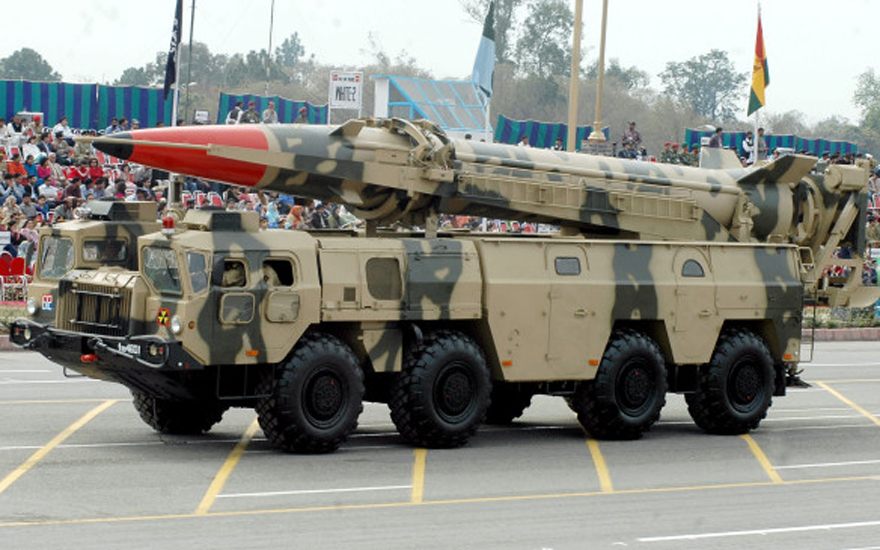 The most prominent claimants of the country’s budget spending such as debt servicing, military spending and administrative affairs, make up 72 per cent of the total budget. Furthermore, debt servicing at Rs 1.325 trillion emanates from excessive borrowing and expenditure on non-development items like the defence services and the state machinery. An extremely inefficient bureaucracy, judiciary and military, which are never accountable for their non-performance, are generously rewarded a pay and resource hike every year.

With a sliding tax-to-GDP ratio of around seven per cent, the regressive indirect taxation contributes 58 per cent to revenue generation. These taxes, applicable on everyday products such as petroleum products, food items, and consumer goods, place a disproportionate burden on the poor to contribute to the economy.

The transport services broadly comprise public transport and movement of goods. The extremely dilapidated urban public transport system leaves the privately-run buses, rickshaws and taxis, as the only option for the poor. They pay heavily for the use of these services for inter-city commute. For intra-city movement, the railways is preferred.

The energy sector is another major consumer of petroleum products, because of Pakistan’s reliance on thermal energy generation. The rural areas of the country, housing two-third of the population, experience up to 16 hours of load-shedding a day. The less developed parts of urban areas, too, suffer excessive load-shedding, while the energy sector enjoys the lion’s share of government subsidies. 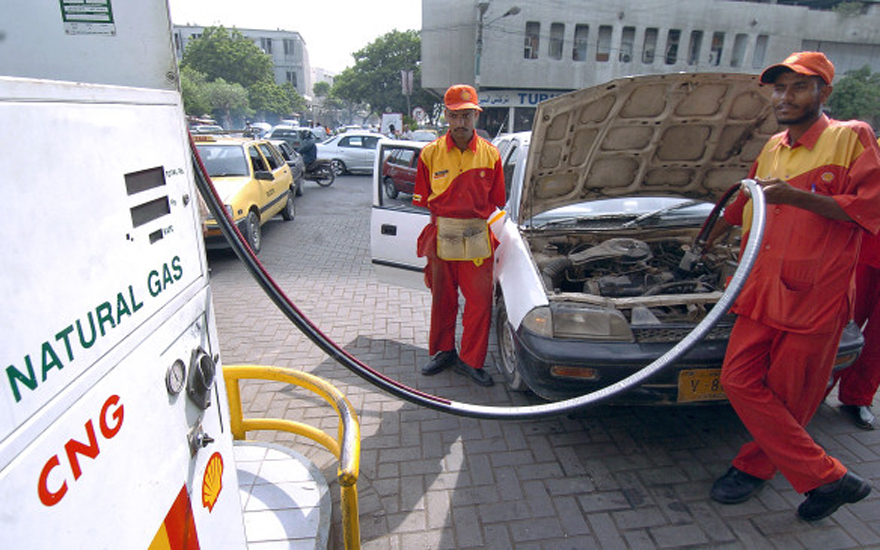 It would be unfair to put the blame entirely on the PML-N Government for an economic vision where the poor and the marginalised have no place. Such denial and exclusion has been historically embedded in the character of the state. Leading senior economist Dr Kaiser Bengali, recently, observed that a serious economic crisis emanates from structural distortions that have developed over more than three decades, reflected in the country’s transition from a development state to a security state. “The crisis is structural and cannot be resolved by short-term measures. If the Charter of Democracy, signed by Mohtarma Benazir Bhutto Shaheed and Nawaz Sharif, has succeeded in restoring the supremacy of the constitution and democracy, a similar charter is needed for managing the economy.”