It’s no secret that India and Pakistan have a turbulent history full of religious conflict, political manoeuvering, sporting rivalries and military establishments that have for decades spent billions to outdo the other. Given such ripe territory, it is surprising that the region doesn’t have a thriving spy-thriller genre.

It’s apt that a journalist, Shatrujeet Nath, a former assistant editor of The Economic Times in India, was the man to tap this world of deceit and intrigue. Despite the fact that he was a financial reporter, like all journalists, he has a unique insight into the inner workings of a country.

The Karachi Deception is an impressive debut by any measure. In one fell swoop, Nath has proved him self as the South Asian equivalent of Robert Ludlum.

The story of The Karachi Deception begins with a plot to assassinate an infamous underground don Arshad Dilawar, who has been wanted by the Indian government for years and has taken refuge in Pakistan. There’s little doubt that it’s nothing but a painfully unsubtle allusion to Dawood Ibrahim, which is why the novel carries some heavy political baggage.

India has long accused Pakistan of sheltering Ibrahim, who is believed to be living in Karachi. While the Indian government has demanded that Pakistan hand him over, Pakistan denies his presence in the country and Nath writes with this assumption in mind.

The assassination plot, set in Pakistan and India, code-named ‘Abhimanyu,’ is orchestrated by India’s Research and Analysis Wing (RAW) and the Indian Army.  Indian commandos Major Imtiaz Ahmed, Captain Shamsheer and Lieutenant Rafiq are picked to sneak into Karachi and eliminate Dilawar, who is presented as a guest of the Pakistani Inter-Services Intelligence (ISI).

Their mission takes them across the ISI’s many hideouts, but each time the Indians feel they are close to capturing Dilawar, it seems that that ISI are two steps ahead. What they realise is that nothing is as it seems, and all along they have been led into a trap laid expertly by the ISI.

Nath’s portrayal of the ISI is one of a ruthlessly efficient organisation that has cultivated an aura of mystery and suspicion in Pakistan, but one that makes no bones about the role it plays in the country. Alternately, there are moments in Nath’s version of RAW that might come across as being a tad self-righteous, but I wonder if that may be a perception born of my own cynicism. 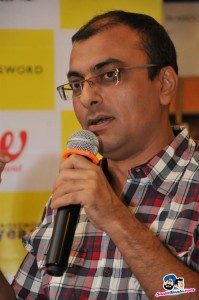 What Nath succeeds in though is developing a narrative that is both compelling and believable enough for readers to go along with. And despite his proclivity for minute details and creating vivid scenes, he paces the story well enough to keep the pages turning.

His characters feel real. Major Imtiaz, for example, comes across as the quintessential military man. Bold, courageous, respected, driven to succeed, yet with a healthy scepticism that any intelligence official must possess. And while his character has been crafted well, if there is a weakness in The Karachi Deception, it’s that Dilawar, the man at the centre of the story, isn’t given the requisite amount of attention. We aren’t provided enough background to know why a mission of this magnitude and risk has been undertaken to kill him. At one point, he is ferried from Quetta to Karachi, then to some other remote village safe house, yet we get little in terms of what he might be thinking or feeling. Dilawar, thus, plays more like a narrative device, rather than a fully fleshed out character.

Nath has clearly gone to great lengths to research the book for he has a firm grasp on military hierarchy and describes Pakistan’s topography eloquently, despite having never visited the country.

Given the aura of controversy that clouds anything to do with India and Pakistan, many readers may feel that Nath will have a distinctly Indian perspective, but it actually doesn’t come across in his writing. What he manages to do is capture that same suspicion and mistrust many readers may feel, and describes how it plays out in the context of global terrorism and espionage.

At its heart, The Karachi Deception possesses all the ingredients of a gripping spy-thriller. Add 60 years of political baggage and you’ve got an entertaining read that’s perfect for lazy summer evenings and long flights for those lucky enough to be travelling.

This review was originally published in Newsline’s July 2014 issue under the headline, “Spies, Lies And The ISI”