The Curious Case of Panama-Leaks

The Enforced Disappearance of the Media

First, a word of caution for the readers of this article. I know that there…

The Day of Digital

“Do folks still read the Reader’s Digest? I used to be such a fan, anxiously…

The Seamy Side of Social Media

W hile journalists in Pakistan are no strangers to threats or censorship, online bullying is…

The bedlam inside the Jinnah Postgraduate Medical Centre (JPMC)’s emergency ward is disorienting at first.…

To Print or Not to Print?

We may not have reached the point of total capitulation. Thanks to the decades-long struggle…

Of Cuts and Balancing

Was it a coincidence? Or a case of action and reaction? To a casual  observer…

Will Iran Capitulate or Counter?

In the immediate aftermath of his party’s triumph in last year’s elections, Prime Minister Imran…

The New Wave of Pashtun Nationalism

Major General Asif Ghafoor, DG ISPR, did not mince his words while stating the following…

Halfway into 2019 and Pakistanis from different fields are already making waves across international platforms,…

Lauded for its role in helping revive Pakistani television to its former glory, HUM TV…

The UBL Literary Awards 2019 held at the Movenpick Hotel on June 15, were attended…

Eye on the Media

Responsible editing is possibly the least appreciated job in journalism – un-glamorous and thankless. On…

Irfan Husain [caption id="attachment_29758" align="alignleft" width="300"] Irfan Husain is a columnist and writer.[/caption] If one…

The Press Under Seige

Somebody is expressing his views on a national issue on a TV talk show. Suddenly…

Is press freedom on the retreat in Pakistan? Are these the worst of times for…

The Curious Case of Panama-Leaks

The Panama Papers, one of the three mega-leaks of this century, were the most far-reaching…

In an interview with Newsline this month, the Prime Minister’s special assistant on Information and… 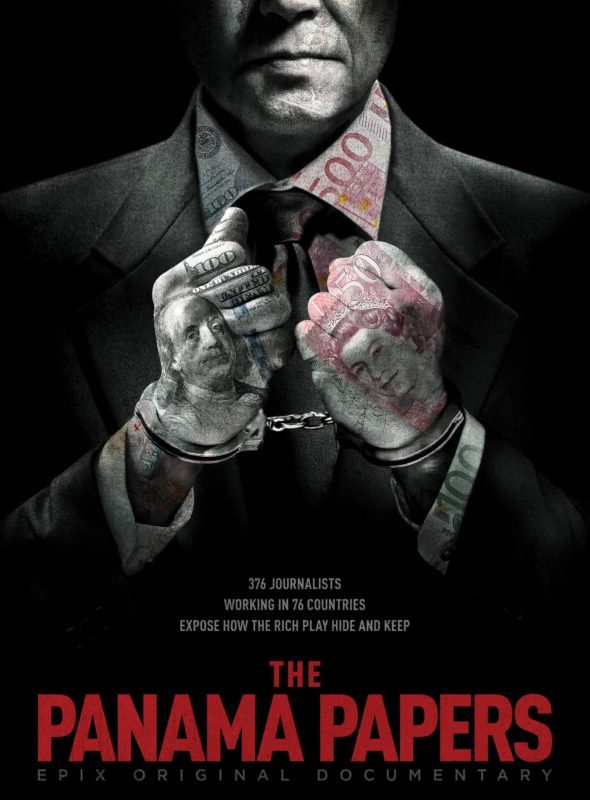 The Panama Papers, one of the three mega-leaks of this century, were the most far-reaching in scale and impact compared to the previous two: Wikileaks and Edward Snowden’s highly classified CIA information on mass surveillance. The Panama Papers, an all-encompassing documentary leads us through what it took to uncover the darker underbelly of global finance. Written and directed by Alex Winter, the documentary on the largest leak of secret documents in history, has all the ingredients of a thriller – fraught with conspiracy of a worldwide corruption network that included public figures at the highest levels, and the secrecy and dangers the 376 investigative journalists from 200 countries worked under; some were even murdered for their involvement.

In the winter of 2015, Bastian Obermayer, an investigative reporter working for the Munich-based daily newspaper, Süddeutsche Zeitung – one of the most widely circulated in Germany – received a mysterious text message from a person who only identified himself as a concerned citizen named “John Doe.” In the ensuing conversation via text, he asked Bastian whether he was interested “in data” – the kind of volume he had never seen before. Affirming his interest, Bastian became the recipient of 11.5 million documents containing all the records of the Panamanian law firm, Mossack Fonseca, some dating back to the 1970s. John Doe’s express wish was, “I want you to report the material and make these crimes public.” The leaked documents, which came to be known as The Panama Papers, were a treasure trove of evidence on massive, pervasive corruption.

Founded by Ramon Fonseca and Jurgen Mossack in 1977, Mossack Fonseca & Co was an obscure Panama-based law firm that was at the heart of a global offshore industry catering to almost 300,000 entities. The firm had used its influence to bend laws worldwide in favour of clients who wanted an undetectable safe haven for their amassed wealth – mostly ill-gotten gains.

Through news reports, the documentary showed how global money laundering had contributed to the prevailing global poverty. One was a Global Financial Integrity headline that read, ‘Study finds crime, corruption, tax evasion drained $946.7 bn from developing countries in 2011.’ Another was a news clip from TRT World, in which the anchor spoke of Oxfam’s World Inequality Report, which stated that since 2015, the world’s richest 1 per cent owned more wealth than the remaining 99 per cent. The Panama Papers emphasises the fact that a university, school, or pre-school cannot be built and a street cannot be repaired because of those who avoid paying taxes – it is a common phenomenon in every country.

Sifting through the whistle-blower’s data, when the names of the heads of states, such as Bashar Hafez al-Assad, Nawaz Sharif, Vladimir Putin, and celebrities like football superstar Lionel Messi appeared, the investigative journalists at Süddeutsche Zeitung realised that the documents were a paper-trail of how world leaders and the mega-rich hid their millions. And also that it may not be a good idea to keep the scoop of the century to themselves. So they approached the International Consortium of Investigative Journalists (ICIJ).

Formed in 1997, the ICIJ is a worldwide network of news organisations and journalists who collaborate on cross-border stories and complex issues involving crime, corruption and accountability of power that need to be told from a collective and collaborative perspective. The ICIJ soon realised that the breakthrough data was connected to 200 countries and included thousands of public figures, and to do it justice they would have to undertake the biggest investigation ever done. They enrolled reporters who were not only exceptional, but could be trusted to keep it secret.

In the summer of 2015, the largest collaborative meeting of investigative journalists was held in Germany, attended by over 100 of them from across the world. In order to make it easier for the journalists to navigate through the sheer volume of information, the ICIJ devised datasets of Mossack Fonseca’s clients and uploaded them onto a platform – the system itself took months to establish. By the time the story broke in April 2016, the number of journalists had grown to 376.

The documentary interviews journalists and reporters from assorted countries involved in the project, including those who worked for international, prize-winning publications, as well as those from smaller gazettes. Often facing dangers, several of them approached public figures for their comments on the incriminating evidence they had found against them. In retaliation, the best lawyers were recruited and legal threats against the journalists began piling up, along with demands to see the documents.

The world was in a state of shock following the disclosures contained in The Panama Papers. People took to the streets in various countries demanding the resignation of their leaders – 12 current or former heads of state were accused in the Panama Papers, including Pakistan’s former prime minister, Nawaz Sharif. Worldwide investigations and arrests kicked off. The documentary zooms in on the demonstrations and showcases the downfall of Iceland’s prime minister, Sigmundur Davíð Gunnlaugsson, the British prime minister, David Cameron, and the Brazilian president, Dilma Rousseff. It also shows the shady dealings of Russian President Vladimir Putin and US President Donald Trump and their defiant explanations.

In April 2017, the ICIJ, McClatchy and the Miami Herald were awarded the Pulitzer Prize for Explanatory Reporting for the yearlong Panama Papers investigation in collaboration with more than 300 reporters across six continents. Interestingly, the identity of John Doe remains a closely guarded secret to this day.