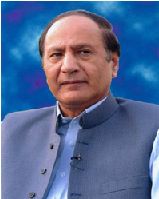 The political turmoil within the ruling Pakistan Muslim League appears to be coming to a head, as a group of disgruntled National Assembly members from the Punjab have launched a mini-revolt against the PML president, Chaudhry Shujaat Hussain.

Shujaat, who emerged as the most influential person in the post-October 1999 political scenario, more so after the October 2002 general elections, had replaced Mian Mohammad Azhar as PML president three years ago, on the ground that he lacked leadership skills. In an ironic twist of fate, he now faces the same charges: the dissidents describe him as a man devoid of “leadership qualities,” and allege that under his command the party has lost considerable ground, besides suffering an erosion of its credibility. Though Shujaat had survived the previous intra-party crisis in mid-2005, when former Prime Minister Mir Zafarullah Khan Jamali revolted against him, the situation appears more grim this time round and the odds are heavily stacked against him.

The intra-party crisis intensified in the first week of November, when 35 elected members of the PML ‘forward bloc’ formally demanded Shujaat’s replacement with Prime Minister Shaukat Aziz, and threatened to return to the PML-N Nawaz if their demand was not met. Addressing a news conference in Islamabad, the leader of the dissident MNAs from the Punjab, Riaz Pirzada, a legislator from Bahawalnagar, observed: “Chaudhry Shujaat has failed to run the party efficiently and despite all the state resources at its disposal, it [the PML(Q)] has not been able to take root among the masses. I strongly believe that under his leadership, the party cannot win a majority in the next general elections.”

In the same breath, Pirzada added: “When the Punjab Chief Minister, Pervez Elahi, can lead the PML’s provincial organisation, why shouldn’t Prime Minister Shaukat Aziz be allowed to run the party as its central president.” He claimed that 35 members of the National Assembly had unanimously demanded that Shujaat be dismissed as party president, and that more and more parliamentarians were joining hands with them.

Reacting to the dissidents’ demand, Shujaat told newsmen in Islamabad that had there been any other president, the so-called dissidents would have been expelled from the party. He maintained that the forward bloc had the support of no more than five MNAs. ” Even so, if they have any genuine grievances, they should approach me for redressal,” Shujaat said in Islamabad. However, instead of contacting Shujaat, the disgruntled MNAs sent in a formal request for a meeting with the prime minister. They also asked for a meeting with the president. 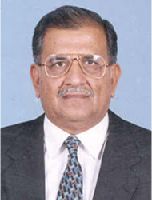 General Pervez Musharraf met with the Punjab chief minister instead, and later expressed his displeasure over the activities of the disgruntled MNAs. He remarked that if any member of the PML had any complaints, they should have approached Shujaat instead of airing their grievances in the national media. He did say, however, that he would most certainly like to play a role in resolving the issues confronting the PML. But the defiant MNAs assembled in Lahore the following day and demanded Shujaat’s removal, yet again.

Pirzada justified his rigid stance on the ground that the Punjab chief minister had directed the Special Branch, Punjab Police, to tap telephones and monitor the activities of 35 MNAs. “I have a copy of the list which the Punjab government has provided to a Senior Superintendent of the Punjab Police, Nasir Khan Durrani, who has been assigned the task of tapping phones and monitoring the movements of the dissenting MNAs from Punjab.” Though SSP Durrani denies receiving any such list, Pirzada insists that Shujaat and his cousin, Punjab Chief Minister Chaudhry Pervez Elahi, have resorted to such underhand tactics.

The present infighting within the ruling party stems from the local government elections held in September and October 2005. Most of the dissident MNAs are livid at the manner in which the Chaudhrys of Gujrat, especially Elahi, announced the nominations for the slots of nazim and deputy nazim and ignored their recommendations. They accuse Shujaat and his cousin of using official clout and resources to get their own men elected, in a bid to consolidate their own position.

The dissidents have lately claimed the support of the MPAs from the Punjab as well. The Punjab PML President, Chaudhry Pervez Elahi held a provincial parliamentary party meeting in Lahore in the third week of November to discuss the issue, but he remained uncompromising and even issued a warning to Punjab Assembly members to refrain from joining the forward bloc.

Some PML leaders, considered close to the Chaudhrys of Gujrat, maintain that the moving spirit behind the forward bloc was none other than former President, Farooq Ahmed Khan Leghari, who is miffed because he felt that, despite having merged his Millat Party within the PML, he failed to get due respect and importance. That’s why, they add, Premier Shaukat Aziz had to make four high level ministerial appointments in the third week of November, with the aim of appeasing a peeved Leghari. They included Mohammed Ali Durrani, the state minister for sports, youth and culture, who was appointed special assistant to the prime minister with the status of a federal minister; and Sumaira Malik, minister of state for youth affairs, who was appointed minister incharge of youth affairs.

However, in another move aimed at unsettling the Chaudhrys of Gujrat, the dissidents have expressed their intent to meet the exiled chief of the PML(N), Nawaz, as soon as he arrives in London. The forward bloc members have apparently made some secret contacts with the exiled leader through Raja Zafarul Haq, a senior PML(N) leader considered close to Nawaz.

While ruling party leaders insist that the dissenters do not pose a major threat to the Chaudhrys at this stage, they do agree that if the situation continues to simmer, it could create problems for the PML in the 2007 elections. The critics, on the other hand, maintain that the establishment has always ensured that no political leader grows in size to challenge its authority, and thus the forward bloc should be taken seriously. Could it be that Shujaat has outlived his utility vis-a-vis the establishment? If that be the case, the crisis created by the forward bloc could pose a threat to the future of Punjab’s top gun.