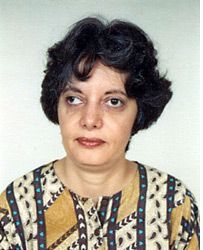 In A Mighty Heart, journalist Daniel Pearl’s widow, Mariane, writes about her unsuccessful efforts to stop CBS from screening the video of her husband’s beheading. In answer to her protests, Andrew Hayward, president of CBS News, tells her that the video has “news value.” She writes:

“You sleep with your conscience,” I tell him. “But I’m going to tell you what really makes me sad. It is that those f…… knew all along they should make a video, because they knew all along you’d be ratings-hungry enough to broadcast it. They appealed to your weakness and you gave in.”

Mariane Pearl has a point. The only reason terrorists and assassins film their gruesome acts is because they know that in the highly competitive global news media, viewership and ratings will take precedence over consciences and basic human decency. They, too, have become media-savvy. Executions are being filmed because there is a voyeuristic audience out there. And because there are viewers, such brutalities are being broadcast, and so the vicious cycle continues to spin and desensitise us. Are we reaching a stage when an on-camera beheading will be seen with a yawn?

It was not so long ago that we were all horrified by the spectacle of public whipping during Zia’s regime — and later in Afghanistan under the Taliban. Urdu newspapers in Pakistan have long been criticised for splashing blood and gore on their front pages. Today, while Al-Jazeera is still the medium of choice for assassins eager to have their barbarism aired (it is after all at Al-Jazeera that most tapes land up), it is not the exclusive messenger for hostage murders. ‘Respectable’ networks such as CBS and CNN, as well as our own private channels, are competing for prime time viewership of filmed executions.

Daniel Pearl’s killing in Karachi was perhaps the first beheading on camera. It was also a confirmation that the Wall Street Journal correspondent was dead, and it brought to an end one of the biggest manhunts in Pakistan’s violent history. Pearl’s execution was also posted on several websites. In fact, terrorists have quickly discovered the effectiveness of the internet for spreading propaganda as well as fear. American Paul Johnson’s beheading in Saudi Arabia was seen widely across the world, as was Nick Berg’s in Iraq. However, Al-Jazeera might have shown some remorse recently, by refusing to broadcast the execution of the South Korean technician in Iraq, a tape of which was delivered to the news channel. It is not known if other networks have shown restraint or have simply not had access to the tape.

At a time in history when acts of inhumanity are hitting the headlines daily, journalists, editors and networks need to draw the line somewhere. Admittedly, it is often a fine line that lies between newsworthiness and the more noble demands of respecting human dignity. The chances of transgression are therefore always present. However, sound editorial judgement can make all the difference.

Take the images of the Abu Ghraib prison in Iraq. If the news managers at CBS had not turned down a personal request from Donald Rumsfeld to stop the broadcast of those pictures that are now indelible in our minds, the world may not have been so incensed by Abu Ghraib and its sadistic horrors. While The Washington Post and The New Yorker also played a crucial role in revealing the tortures at Abu Ghraib, the television images beamed across the world evoked universal anger and condemnation. This was an exposÃ© and not a visual titillation of murder. It is important that the media has a clear sense of difference between the two.

The pictures taken at Abu Ghraib, however, point to another human weakness: the desire not only to exercise total control over another individual, but to record sadistic acts with the obvious intention of flaunting them as proof of power! The images of young American soldiers — women and men — posing for the camera while physically and mentally humiliating Iraqi detainees, will remain ingrained in our collective conscience. Their repeated projection in the media ensures we will not forget. The media must know that ultimately such images have served a useful cause — they have led to investigations and, (effective or not), considerable soul-searching. Images of live executions on the other hand, simply contribute to the brutalisation of society. And surely, in an increasingly violent world we can do without that.