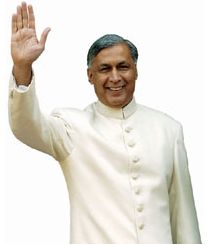 With the three-year International Monetary Fund loan program concluding ahead of schedule, Pakistan is poised to once again venture into the international capital market, and economic analysts say that with the “begging bowl” syndrome now broken, the country’s international image and perception is bound to improve further.

In November, Pakistan declined the last two tranches of the 1.52-billion-dollar Poverty Reduction and Growth Facility, which is being termed a historic achievement and testimony to the economic reforms being pursued by the present government of General Pervez Musharraf’s government.

The country had sought the IMF’s help in 2001 after nearly defaulting on its foreign debt repayments, after a series of nuclear tests resulted in wide-ranging economic sanctions. Dr Ashfaque Hasan Khan, a Finance Ministry advisor, says that Pakistan’s successful premature exit from the IMF programme is a result of the economic stability achieved over the past five years.

“Pakistan has been among the prolonged users of the IMF, and now we have been able to get out of it through maintaining financial discipline and improving our balance of payment.”

He said the government now planned to tap the international debt market twice in 2005 and hopes to get cheaper borrowing on the back of Pakistan’s strong economic fundamentals. Pakistan’s economy grew by 6.4 percent in the last fiscal year (2003-04), while it is set to surpass this year’s GDP growth target of 6.6 percent. Pakistan has already announced the floating of an Islamic bond, or Sukuk, sometime in January. The size and tenure of the bond is yet to be decided but analysts believe its size would be around 500-million-dollars. Citibank and HSBC will jointly lead-manage the issue. “In addition to the Islamic bond, we will be floating another global bond in 2005,” said Khan. Pakistan marked its return to the international capital market in February this year with a 500-million-dollar Eurobond issue.

An end to the IMF program does not mean an end to international borrowing, but it definitely means an improvement in Pakistan’s image abroad. “The government will continue its relationship with the World Bank and the Asian Development Bank to fulfil its financing needs, but its successful exit from the IMF programme testifies to the the improved balance of payments situation of the country,” says Asif Ali Qureshi, head of research at the brokerage firm, AMS Securities. “Also, it will help in improving Pakistan’s perception in the outside world, as IMF dependent countries are not looked at very positively from an investor perspective.” 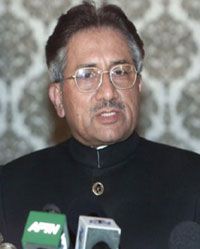 The IMF had also appreciated Pakistan’s performance when it announced that Pakistan had asked it not to disburse the last two tranches worth 250 million dollars under the loan facility due in December. “Tighter macro-economic policies and structural reforms have resulted in a stronger external position, a lower public debt burden, renewed access to international capital markets, and a revival in growth,” the IMF remarked at the time. The IMF has said it would continue to work with Pakistan on economic and financial issues in the context of the Fund’s normal consultations with member countries.

According to government officials and economic analysts, the onus is now on the country’s economic managers to continue the stringent policies that have led to the revival of Pakistan’s economy from near bankruptcy in 1999. However, there seems to be a consensus over the fact that the government should be able to exercise considerable fiscal discipline even in the absence of the IMF. “There is no looking back. We will continue to pursue our sound economic policies,” says Khan.

It is in Pakistan’s best interest to maintain its financial sovereignty and take advantage of the current stable situation. This will also give a much-needed boost to the country’s economic managers. “Managing the economic policies independently, without the IMF’s support, should encourage more discipline and vigilance, as there will be no IMF cushion any more,” says Tanvir Abid of Jehangir Siddiqui Capital Markets. “By prudent management, we can ensure that the economy continues on a sound footing, and encourages greater foreign investment in Pakistan.”