… and you were offered a plum role in one of them, what would you choose — a commercial Karan Johar flick like Kal Ho Na Ho or Kuch Kuch Hota Hai, an art movie like Ankur or Bhumika, or a good old Madhubala-Dilp Kumar starrer like Mughal-e-Azam or Tarana?

We asked some movers and shakers of the glamour world what they would want to play and they came up with some interesting and unusual choices… from the ‘bahu’ of Saheb, Bibi Aur Ghulam, to ‘Circuit’ of Munna Bhai MBBS to Veer-Zaara’s Veer Pratap Singh… 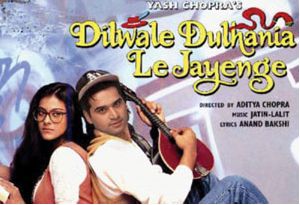 The cast doesn’t matter, but the director and the plot would be very important for me, if I were to act in an Indian movie. It would have to be a Yash Chopra (Lamhe), Mani Ratnam (Dil Se) or Ram Gopal Varma (Bhoot) film and the dialogues would have to be by Gulzar. But, if I must select from a released Bollywood film, then I’d like to play Shahrukh Khan’s role in Dilwale Dulhania Le Jayenge.” 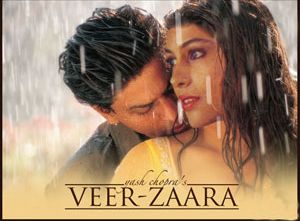 “I would never act in a commercial movie because I can’t dance so if I were to act in an Indian movie, it would definitely be an art movie. However, I don’t like any of the male protagonists that are normally featured in art films, so my hero would have to be Sunil Shetty or Shahrukh Khan or Sanjay Dutt. But, if I have to choose one Indian movie, I think it would be Veer-Zaara, which is like a semi-art film, and I would like to play Preity Zinta’s role opposite Shahrukh Khan.” 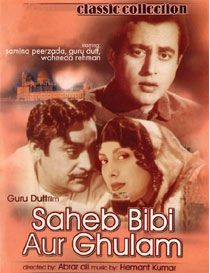 “I don’t think I’d like to be in any movie that has already been screened. I’d want to act in a Bollywood film that is written specially for me and has a female-oriented, rather than male-dominated, which is common in most films today. However, teamwork is very important to me so I would like to have a good producer and director, like Mani Ratnam (Dil Se) or Sanjay Leela Bhansali (Devdas), and the music would also have to be to my liking. I’d like to star opposite Aamir Khan. However, if I must pick one film that’s already been screened, it would have to be from the black-and-white era — one of Nutan’s, Waheeda Rehman’s or Meena Kumari’s roles. Meena Kumari’s role in Saheb, Bibi aur Ghulam is close to my heart.”