Within days of Michael Jackson being pronounced innocent by a jury of his peers, there was a three-fold increase in the airtime devoted to his songs on American radio stations. That does not necessarily add up to a public rehabilitation: notwithstanding the verdict, the child abuse allegations will haunt the self-crowned King of Pop for the rest of his days. But that seemingly indelible stain isn’t the only reason why a full-fledged resurrection of his musical career is a remote prospect.

As cultural phenomena go, 20 years ago Jackson was up there with the best of them, having been propelled into the stratosphere by his solo breakthrough album, Off The Wall, and its hit-laden follow-up, Thriller. The latter has officially sold 26 million copies worldwide — a figure that would be enhanced by at least a third if pirated versions were to be included. By contrast, his most recent effort, Invincible, sold less than a million copies — a respectable total for most artists, but a dismal failure by MJ’s standards, and he was understandably peeved when his record company, Sony, tried to recoup from him the $52 million it had spent on publicity for the album. A compilation titled Number Ones fared no better earlier this year, in all likelihood as a direct consequence of the legal proceedings against Jackson.

Allegations of sexual perversity involving young boys first surfaced a decade ago, but they, and the growing grotesqueness of Jackson’s appearance offer only a partial explanation for the decline in his popularity. The inability to replicate the freshness of Off The Wall or the irresistible and innovative catchiness of the best tracks from Thriller may be put down to artistic complacency, a pumped-up ego bloated beyond all reason, a growing lack of inspiration, or a toxic mixture of all of the above. The fact is that the quality of his output has more or less steadily declined over the past couple of decades.

This is not to suggest that huge sales and a mass fan base are invariably appropriate criteria for judging an artist’s calibre: just as the most atrocious of tunes sometimes find a semi-permanent niche in the charts, while many truly great performers only ever acquire a cult following. However, all but the most diehard of fans — the kind who have lately been comparing the significance of his acquittal to that of Martin Luther King Jr’s birth, Nelson Mandela’s release and the fall of the Berlin Wall — would concede that in Jackson’s case, the steady fall in sales roughly tallies with an increase in bombast sans the creativity that distinguished his earlier recordings.

This is an unremarkable trend in popular music: frequently, the outstanding contributions of exceptionally talented artists — be it The Beatles, the Rolling Stones or Bob Dylan — are delivered while they are in their 20s. Arguably the outstanding exemplar of this tradition is Elvis Presley: the King of Rock’n’Roll’s reputation rests almost exclusively on the first three years of his career, when he effectively provided a new template for popular music. Barring an all-too-brief creative comeback in the late 1960s, his professional output was largely restricted to third-rate movies and fourth-rate songs. By the time he died on his “throne” in a toilet at his Graceland mansion, Presley had become an overweight parody of himself, a drug-addled, jumpsuited performer of barely more consequence than Engelbert Humperdinck. 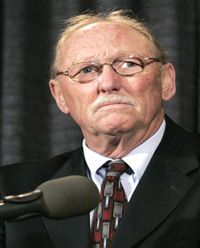 Elvis was only 42 at the time. And he was neither the first nor the last popular performer who proved incapable of coping with success. Michael Jackson may have been trying to establish some sort of a lineage when he married Presley’s only child, Lisa-Marie (the union didn’t last very long), but on the weirdness scale the King of Pop overtook the King of Rock’n’Roll long ago. Like many other rock stars, Presley was notoriously promiscuous and profligate, but his strange habits did not extend, as far as anyone knows, to taking children to bed.

In Jackson’s case, the beginning of his transformation coincided, on the face of it, with the first intimations of solo success. By the time of Thriller, with his straightened hair, restructured nose and rearranged cheekbones, the star was just about recognisable as a surgically transformed incarnation of the precociously talented youngster who had sparkled among his older siblings in The Jackson 5. Thereafter the metamorphosis became progressively more grotesque. Now Jackson bears no resemblance whatsoever to his younger self. There’s more than a hint of Janet Jackson in his features, but in close-up his face is suggestive of a Halloween mask gone wrong.

And then there is the skin colour, which has paled considerably over the years. “It don’t matter if you’re black or white,” he sang many years ago, and at times he seemed to be trying to live up to that by blurring the racial distinction. Jackson has denied that his lightening tone is the consequence of grafting, bleaching or any such procedure: it’s a skin condition, he says, which is supposed to explain the surgical masks and other facial attire he fancies on public outings. But then, he has also denied having undergone plastic surgery of any sort. 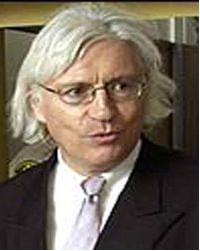 The apparent attempt to turn white — or at least less black — predictably earned him quite a bit of flak, not least from African-Americans, although nowadays the condition of his visage tends to evoke pity more than anything else. A couple of years ago, however, Jackson suddenly discovered that it does matter whether you’re black or white. Going on the warpath against Sony, he described its chairman, Tommy Mottola, as “mean,” “a racist” and “very, very, very devilish.” Addressing a small gathering at the Harlem headquarters of African-American presidential contender Al Sharpton, he announced a new discovery: “The record companies really, really do conspire against the artists. They steal, they cheat, they do whatever they can. Especially against the black artists.” One can only assume that he meant to include himself in that category.

Sharpton has been visible in Jackson’s corner during this year’s trial, but less prominent than another former presidential hopeful, Jesse Jackson, who claims to have advised Michael throughout his ordeal, and for a period served as the singer’s spokesman. More ominously, a year or so ago it was reported that the separatist Nation of Islam had moved in and begun making decisions on behalf of MJ. But Jackson managed to extricate himself from that relationship last year — not least because Thomas Mesereau, the defence attorney he had hired after firing his previous legal team, insisted on it.

Efforts continued, nonetheless, to subtly place a racist construct on his legal ordeal with suggestions that he was being hounded by those who resented black success; one of his brothers went as far as to describe it as a “modern-day lynching.” This is not a difficult impression to convey in a country where the vast prison population is disproportionately African-American, and the fact that Santa Barbara district attorney Tom Sneddon has been trying to nail Jackson on child abuse charges for more than a decade, tends to reinforce the idea of a vendetta.

Of course, the persistence of racial discrimination in the United States does not necessarily make Michael Jackson a victim. And it is noticeable that his identification with African-Americans is restricted to occasions when he has something to gain from it. While there can be little question that a wide cross-section of the media implied that Jackson must be guilty, that tendency may well stem more from anti-weirdness bias than from anti-black prejudice.

In 2003, in a television documentary made by the British journalist Martin Bashir (who rose to prominence a decade ago on the basis of a candid on-camera chat with Princess Diana), Jackson described sharing his bed with pubescent boys as the most natural thing in the world. He was shown holding hands with cancer patient Daniel Arvizo, then 13. At the time, Jackson was infuriated by the way Bashir had edited the documentary, and by the journalist’s commentary. A lengthy rebuttal was broadcast on the Fox channel, and the singer instituted legal proceedings against Bashir and his employers, Granada TV. The case is now likely to be revived, now that the trial spawned by Bashir’s documentary has concluded on a favourable note for Jackson.

Bashir, appearing for the prosecution, was the first witness to be skewered by Mesereau, who successfully adopted the time-honoured strategy of raising doubts about the credibility of hostile witnesses. Janet Arvizo, the mother of the boy at the centre of the case, came across as particularly manipulative and unpleasant, as far as the jury was concerned; they are also known to have wondered what sort of mother would allow her sons (Daniel and his younger brother) to spend the night with Jackson. After all, the latter’s reputation as a possible molester dates back to the early 1990s, when he was accused of abusing another pubescent white teenager (to Sneddon’s dismay, that charge was tackled via an out-of-court settlement involving a vow of silence by the alleged victim and his family).

Jackson’s lawyers subsequently announced that the singer would no longer be inviting boys into his bed. They didn’t say whether his lifestyle would change in any other way, but there have been suggestions that he may be forced to abandon Neverland — his fantasy world in the Disney mould, with attractions ranging from a variety of park rides to a mini train — because he can no longer afford the millions it costs to maintain. A penchant for spending sprees and expensive gifts for friends such as Elizabeth Taylor (who “used to feed me, to hand-feed me, at times”, he recently revealed to Jesse Jackson on the latter’s CNN show), plus his troubles with Sony, mean that Jackson is, believe it or not, heavily in debt.

There has been talk of a world tour titled Framed, but it remains to be seen whether any record company or promoter will be prepared to handle Jackson — or, for that matter, whether he is physically and psychologically capable of undertaking any such project. Few would doubt that Michael Jackson is weird enough to be guilty of many of the charges that have been flung at him. On the other hand, he is also sufficiently nutty and disconnected to actually believe that sharing a bed with boys in their early teens is a perfectly legitimate means of expressing oneself emotionally. Be that as it may, a prison term would have been inappropriate, if only because in his case it would be tantamount to a death sentence. What he does undoubtedly need is a healthy dose of therapy. A good psychoanalyst should be able to track down the roots of his self-destructive narcissism, his Peter Pan-like refusal to grow up, and determine whether the erstwhile global superstar is bad, dangerous, or simply off-the-wall.