“This is one of the largest anti-piracy operations internationally”
-Babar Khattak, Director FIA, Karachi 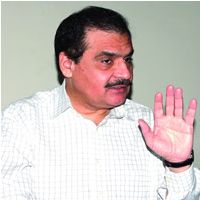 Q: What were the events leading up to the raids on May 3?

A: The FIA received the copyright law on April 16, 2005. We formed a plan to identify the manufacturing units and then an intelligence operation was carried out in the form of a ground check. We conducted six raids simultaneously at places where our ground check proved positive. The purpose of these raids was to detect any violation of the copyright laws. In all these six locations, recoveries were made, and the premises were sealed under section 5.5 of the FIA Act.

Q: These factories have been operating for many years, why act now?

A: We were given a directive to look into this and conduct an intelligence ground check on production units, after which we conducted our raids.

Q: Does the FIA have a specific task force to deal with IPR crimes?

A: No. The corporate crime circle (CCC) dealt with this, but the raids were conducted by the FIA. We had never dealt with intellectual property rights before.

Q: Were the raids just a one-off or is there going to be a follow-up?

A: We are concentrating our activity on the source: the production units. We know that our raids have had effect and we are going to keep a continuous watch. If we feel there is a re-emergence of activity, we will take legal action.

Q: What kinds of piracy are being investigated?

A: We are handling audio and video piracy.

Q: Are you also focusing on print media?

A: Yes. We are tackling all forms of copyright violation, which includes the print media. With limited manpower, we cannot spread our activity too thin, we have to concentrate on the main production units. If we go for print, then we will investigate the main printing presses. We cannot and will not be able to regulate retail.

Q: What is the piracy industry worth in Pakistan?

A: There is no accurate way to ascertain that. I can give you a premise to calculate, based on the recoveries we’ve made. Around 100,000 CDs and DVDs were recovered in one day from one unit. Production units shift operations on a daily basis, to retail units and other private locations every day. Production varies, depending on the shift in the production schedule. With this figure of 100,000 a day, you can multiply by 365 to get a rough idea of production figures for each unit.

Q: Is there any comprehensive report that contains this information?

A: There are various reports by different organisations. Some of them say that millions of CDs have been smuggled out. We have several reports that differ from each other. There is no basis to any of them, it is just an assessment made by the organisations and trade bodies that deal with this.

Q: Is the FIA being aided, financially or otherwise, by any international body as far as information sharing or eradication is concerned?

A: We get our budget from the government of Pakistan. We do not get any independent funding as such.

Q: Is there any evidence to suggest that piracy in Pakistan is linked to organised crime?

A: The owners of the production units are the beneficiaries. Now if you suggest that any of this money is going to any sub-syndicate, we have no evidence to confirm such a transaction.

Q: According to IFPI’s annual piracy report, Pakistan is now the leading exporter of pirated CDs and DVDs.

A: Pakistan is on the priority list, but is not the leading exporter of pirated CDs. There are several countries on that list. There’s another IFPI report that came out which says that pirated manufacturing units were busted within the US. This action we’ve taken is probably one of the largest operations internationally.

Q: According to an Interpol report, CDs originating from Pakistan have been found in at least 46 countries. What can you tell us about this international smuggling network?

A:There’s no international smuggling network. Pirated CDs are taken by khepyas. Our investigation has found no evidence yet that the fruits of these activities are going to any syndicate. If such evidence arises, we will follow that lead.

Q: According to an Interpol report submitted to a US house committee hearing on IPR crime, “two or more optical media disc factories in Pakistan are financed by the notorious underworld godfather, Dawood Ibrahim.” Is this true?

A:He does not figure on our list of accused as an owner or as a beneficiary of this illegal business.

Q:There may be several benficiaries, but only 11 people were nabbed in these raids.

A: There are two or three ways of identifying the owners. The simplest is to go through the company records and see who the directors are. Then you go to people working there and ask them. The list of those people who we have nabbed and those who are absconding has been created in this fashion. I am not aware of the report you are referring to; but unless I see it and investigate it , there is no way I can comment

Q: Have all those charged received bail?

A: Not all, but I believe many have received bail.

Q: Have you conducted any secondary investigations to find other business connections etc.?

A: All seven cases are still under investigation and that is as much as I can say.

Q: The US State Department has said that several radical Islamic organisations, including the Al-Qaeda and its off-shoots, are using piracy as a means of fund-raising in Pakistan.

A:My organisation has been associated with this now for about one and a half months, so I can only confirm what I know through those investigations.

Q: You’re not even investigating these allegations?

A: I am hearing this from you. Things keep cropping up in an investigation and you go on from there. No such thing has come up yet.

Q: Why has Rainbow Centre been allowed to continue its operations?

A:We are targeting the production units, we feel the rest will solve itself. We neither have the manpower, nor the mandate to go to each retail shop and conduct raids.

Q: It is alleged that there are industrial production units within Rainbow Centre.

A: There are two methods of producing CDs: first, there are the big production lines, with proper industrial machinery, where the disc is produced and copied on several lines. And second, is the CD-R production. That is your normal computer, and their production goes from12 to 30. You can have a CD-R in any flat, small shop, anywhere. I’m quite sure that the production at Rainbow Centre is probably through CD-Rs.

Q: Can you tell us anything about the Rainbow Association’s administrative operations?

A:The Rainbow Association is an association of the shopkeepers there, and they have their own interests. Our message, is: ‘Do not violate copyrights.’ When we do not allow production on a large scale, it freezes supply. Smaller-scale operations are far more difficult for the FIA. The area police forces can look into that. This is not the only crime that we are faced with.

Q: There are over 200 cable operators in Karachi who broadcast pirated material.

A: As we carry on with this battle against copyright violation, each thing will comes in its own turn. Some of these companies have licenses to show. There are also some that are transmitting from different places.

Q: Will the factories that were sealed cease operations?

A: The manufacture of CDs is not an offence, the copying process is. At present, they have all been seized under Section 5.5, so they cannot operate. If they resort to copyright violation again, we will take action.

Q: Would you agree that a Pakistani piracy mafia exists?

A: A piracy mafia exists, yes, if you want to sensationalise it.

Q: I don’t want to make it sensational. I have four conccurring reports from international bodies .

A: I am not denying it, I am just saying that I’ve not read them. We have been associated with this very recently, so we are not aware of what sort of operations have been going on in the past. When it comes to our attention we will investigate, but when you use the term ‘mafia’ you make it sound like an international ring. Of course it’s a crime and people are benefiting from it. It’s not necessary that all these people form a major mafia.

Q: So you’re treating this as an open-and-shut case of copyright violation and nothing else?

A: We are investigating it as a case of copyright violation. What you are asking cannot come out after such a short investigation. It will take time.