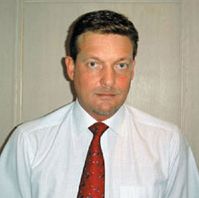 Q: When the IFPI’s enforcement department was created, it estimated losses of four billion US dollars for member companies. How far was Pakistan responsible for that?

A: At that time, it was nothing. We estimated nine or 10 operations in Pakistan, mainly in the Karachi area. Now there is a radical change. Actual production for 2004 was about 230 million CDs, of which between 25-30 million were for local consumption. We believe that the vast majority of that 200 million is exported worldwide and is going to at least 46 countries

Q: So Pakistan is on top of the priority list?

A: Pakistan belongs to the top 10 countries worldwide causing a lot of damage to the recording industry.

Q: Is somebody monitoring the export and import of pirated CDs from Pakistan?

A: Until mid-2004, large quantities went by courier as hand luggage. There are different ways of shipping, but then the CBR gave instructions to customs to end this. In many countries there is always a danger that organised crime is involved. For most countries, piracy is a low priority crime, but if you look at the sheer magnitude of exports, even if you have a small profit, it amounts to millions. I’m not sure what happens to that money but it’s a lot to play around with.

Q: When did IFPI first approach the Pakistani authorities and what has the response been?

A: We had a discussion with the Pakistani government about four years ago. I must say there is a positive side. The establishment of PIPRO, and the appointment of the FIA as the organisation for the enforcement of the IFPI legislations is a step forward. Several anti-piracy cells within customs have also proved positive.

Q: So you’re satisfied with the actions taken by the Pakistani government?

A: We are very satisfied with the recent actions taken by the Pakistani government.

Q: What else needs to be done?

A: The FIA should continue with its enforcement action. The Pakistani government is on the right track, they realise that IFPI is not only about a few discs, rather, it affects investments from international companies. There have been legitimate companies in Pakistan which have closed down because of the high levels of piracy. Countries that are serious about enforcing IFPI legislation are given a certain grace period to get rid of the pirates.

Q: Is the domestic market completely saturated with pirated goods?

A: The vast majority of the discs sold here are pirated. None of the record companies, Hollywood studios and international software associations have, as far as we know, ever authorised Pakistani plants to manufacture their products.

Q: Are there any investments in the offing by IFPI member companies on the condition that Pakistan ends piracy?

A: The legitimate record companies are interested in investing here because of the sheer size of the market. They haven’t come in because of the piracy levels. Everyone is looking at what’s going to happen, will the plants be closed or will they be re-opened? The number of plants at the moment are too much for domestic production alone and I don’t see all 10 plants surviving or necessarily becoming legitimate.

Q: Do think they can become legitimate?

A: If they’re really serious about it and taking measures which all the legitimate plants do worldwide, they can.

A: A record company, at the end of the day, wants to make money, so if they see a market on Pakistani soil, they will come.

Q: Was an IFPI task force in the country to investigate links to organised crime? And was it aided by the U.S. government?

A: I can’t say that there was any task force, and IFPI has nothing to do with the U.S. government. IFPI is an organisation for the recording industry and that’s it.