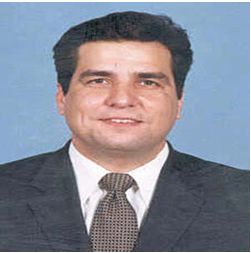 Q: There is an impression that military dictators always attempt to introduce reforms in grassroots politics. The NRB devolution plan is no different. Your comments?

A: Most people’s knee-jerk reaction is to equate President Pervez Musharraf’s devolution plan of creating local governments as a continuation of the modus operandi of Ayub Khan and Zia-ul-Haq. Although in some instances it is easy to draw parallels, I think it is unfair. If you look deeper into these reforms, you will discern that the reality is different.

If we study history, for example the pre-partition period, there were the Minto-Morley reforms of 1909 which introduced more local governments for certain functions. These functions were subsequently enhanced by the Montague-Chelmsford reforms of 1918, and then through the 1935 India Act in which, for the first time, provincial governments were given certain powers.

After independence, there was the 1956 constitution and then the 1973 consensus constitution which both included specific reforms, but none of these were implemented, as has now been done.

It is for the first time that by bringing in some significant reforms, the NRB has changed the status quo prevailing for over two centuries. For example, there is the winding up of the powerful administrative divisional tier. Although it was the implementing arm of the government and many policy decisions were taken at that level, it had no corresponding political representation. By winding up that tier, all tiers of the government have now been brought under the political administration.

Another major step that has been taken is the distribution of the budget on a regional basis. In the past, fiscal distribution was skewed. Education funds in certain regions for example, were not being invested in the establishment of schools or the appointment of qualified teachers, rather they were being used to fulfil political agendas.

Now the provincial finance commissions are promoting local government functions – primary, secondary education and healthcare, streets and drains, lighting, farm to market roads, parks and playgrounds, cattle fairs, etc. On the political side, there is now an elected representative as the executive head of the districts. It is a significant reform which is not only specific to Pakistan, it is universal.

So what the reforms have introduced is a “bottom-up” planning approach, whereby the government reacts to the people; the people don’t react to the government. Now Pakistan is a people’s empire, and a democratic, effective society is being created.

Q: It is commonly felt that the process of implementation of the reforms is very slow. Why?

A: Yes, implementation takes time. Enacting reforms of this magnitude is a tricky business. But keep in mind, they have only been around for about 16 months. Putting them in place requires a great deal of capacity-building, training, changing the culture of decision-making, etc.

Many countries have gone through devolution reforms — the Philippines, Thailand, South Africa ,etc. However, in Pakistan, despite the fact that the NRB has introduced dramatic reforms with implementation within a very tight time frame, the results are good. The people have accepted them; there have been no street riots.

Q: How much has the devolution plan cost tax payers?

A: It has been a very low cost. We did not spend any extra money. The NRB has changed the situation through the means available to it. Only one devolution tranche of three billion rupees has been expended on the entire country. It is peanuts for national reforms involving finance, politics, local government, administration, etc.

A: The OZT is a huge issue. The huge financial losses you see at the local level are because of the decision to shelve the OZT. As a result, the rate of growth, hitherto 10 to 30 per cent in different districts, stagnated at the 1998 level. The tax has been reimposed again. But the problem is not with the devolution plan, but the five-year cap during which the districts’ financial requirements increased. Had that decision not been taken, the districts’ revenues would have doubled by now.

Q: If Prime Minister Zafrullah Jamali’s government accepts the devolution plan, is there the political will to enforce it?

A: I think it’s a very strange situation. During the local, provincial and national elections, there were accusations that the devolution plan was devised to accommodate the ‘king’s party.’ If those accusations were justified, then why would the king’s party now be opposing it?

The truth of the matter is that everywhere in the world there is friction between different tiers of the government. Sometimes local governments flex their muscles, sometimes the provincial and federal governments do so. This is not a new phenomenon. Maybe the provincial governments are not comfortable with the devolution, or the federal government is not comfortable with stronger provinces, but this is something that already existed. This is not the result of devolution. On the contrary, the reforms have brought about change by providing a legal framework to resolve such issues. As regard political commitment, yes, it is there. Prime Minister Jamali has been discussing the issue with different ministers. The chief ministers are doing the same. Admittedly there are some difficulties because of past political practices. As in the colonial set-up, in the past, the system demanded that politics be managed through the bureaucratic edifice. That’s why there were fights between MNAs and MPAs over the appointments of DCs and SHOs. Now the nazim, who has all these powers, is elected by the people.

Q: Many believe that the allocation of funds to MNAs and MPAs is in conflict with the devolution plan. Do you agree?

A: The question is, if an MNA is providing electricity or telephone facilities to certain villages, is this going to significantly affect the reform programme? I don’t think so, because electricity, telephone lines and gas are federal subjects.

But if an MNA is going to be taking over local government functions like establishing schools or hospitals, that is going to create problems. Because even if an MNA or MPA constructs a school, he is not supposed to provide them teachers or books because these are the local governments’ functions. So if there was a conflict, the school would just remain a structure. Some people have tried to move in that direction. But the federal cabinet has decided that since in the past this approach has caused a lot of damage, it will discourage such attempts.

A: No, this is also being done. The money for sectors which were previously under the purview of the provincial governments, such as healthcare, education, etc., have been allocated to the districts. Additionally, the districts have their own budgets.

Q: Some provincial governments, particularly the NWFP, are opposing the devolution plan. How are you going to deal with this?

A:Some component parties of the Muttahida Majlis-e-Amal – such as the Jamiat-e-Ulema-e-Islam of Fazlur Rehman – boycotted the local government elections, and are still opposing the devolution plan. But there are major parties of the MMA, like the Jamaat-e-Islami, which had many of their party members elected to the post of nazim in the local bodies elections.