With the impending showdown against Iraq, some of the western media organisations, including the BBC, and the US press, such as the New York Times, Washington Post and Los Angeles Times, have allocated some of their best journalists to report unfolding stories. On the broadcasting front, only National Public Radio (NPR) — an independent audience-funded radio network in the US — has been meticulous in its analyses of the causes, consequences, and long-term effects of the US administration’s political decisions. The global TV news networks, however, appear to have placed their bets on covering opinions rather than facts.

The news commentary programmes on global TV news networks such as CNN, FoxNews and CNBC are flooded with news shows featuring commentators who, unlike news anchors, openly claim to have a subjective perspective and are paid to share it on TV. The brazen commentators make for great television, with their confident appearances, expensive suits and their cocksure perspective of what’s good and evil. But their hawkish views tend to skew reality and tend to drown out the view held by a majority of the Americans. For instance, most commentators commonly report that a majority of the Americans support a war on Iraq failing to mention that the support is predicated on UN backing. On February 26, 2003, a poll showed that only a third of the US population favors unilateral action against Iraq, if not sanctioned by the UN.

Following France’s threat to veto a war resolution on February 14, 2003, The Sun, in the United Kingdom ran a cover story calling French President Jacque Chirac a “worm.” FoxNews found the story newsworthy enough to carry the image of the cover and the headline on a news segment. 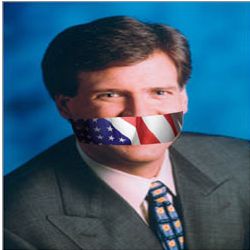 The hawkish news media has almost created a sense of inevitability about a potential conflict in the Gulf. The sense of inevitability prevails in the choice of headlines as well. On January 10, when Hans Blix, the Chief UN weapons inspector for Iraq, reported that the inspections had revealed no weapons of mass destruction, but more information was to be gathered, all major networks carried the headline “no smoking gun,” except CNN that carried “still unanswered questions.” One is more likely to find a retired general’s analysis on how an attack on Iraq might be orchestrated on CNN than an independent analysis on the economic impact of a US-led war on Iraq on the American tax-payers.

One FoxNews commentator on February 26 called “un-American” all those who may participate in anti-war rallies if the US were to launch an attack. Since free speech is the cornerstone of American values and anti-war protests played vital a role in ending the Vietnam War, the commentator had the good judgment to retract his comment the next day. Instead, he referred to those who might protest against an attack on Iraq as “Bad Americans.” He even found a university expert to back his views.

The same commentator believes that acts must be condemned rather than understood. In his opinion, the underlying causes are immaterial. To this journalist, the historical context does not matter. So, for example, any discussion about past US support of Iraq is irrelevant. His lack of interest in underlying causes and history of events notwithstanding, he is still one of the top global FoxNews commentators on TV and radio.

Often, the underlying bias of the commentators creeps into their presentations. In December 2002, the exchange on one CNBC show almost turned comical when besides cutting her off mid-sentence, the host in his passion mistakenly referred to his guest, an American journalist with an Arab accent, as a representative of an Arab state. On January 20, 2003, the same commentator quoted a passage on “Islamist fascism” from a book, calling the quote a “realistic” perspective on Islam. 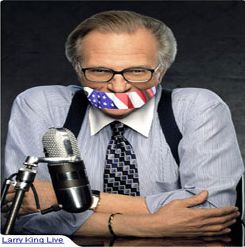 In an age where US news has gone global with satellite and cable TV, the only key interest that the global news networks have to look out for, are those that relate to the financial bottom line of the parent corporation. The interest often means pressure on news producers to build better ratings for news shows. Although there is nothing fundamentally wrong with making the news more interesting and relevant for a few more souls, the effort can turn into risky journalism when story-telling begins to interfere with facts. Oversimplified reporting of international events can leave viewers with an “us versus them” mindset toward an entire cultural group.

The day after his interview with Saddam Hussein was broadcast in late February, Dan Rather of CBS, a respected news journalist for 50 years, reflected on Larry King Live, that his job was to present the facts and let the American people make up their own minds. The veteran pointed out that his interview was intended to explore not to debate with his interviewee. He also mentioned on Larry King that he felt uncomfortable being dictated to on how to present the story. Although most global news networks would have jumped at the opportunity to interview the Iraqi leader, hawkish news pundits on those same networks were critical of Dan Rather for being soft and referred to his effort as “poor” journalism.

Global news networks in the past have often been hailed as the beacon for their resolute reporting. More recently, however, global news networks have been more selective in their reporting of perspectives that are at odds with those of the current US administration. At a time where the global audiences might be better served with fervent debate on public policy, news commentators appear to be offering a passive support to the status quo. Global TV news networks, once regarded as a potent force, might risk turning into political lapdogs if they get wrapped up with echoing views of the government instead of reporting facts to the people.