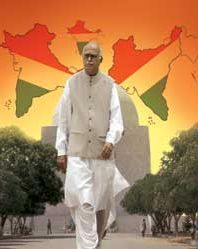 The statements Lal Krishan Advani made in Lahore and Karachi in early June 2005 continue to reverberate across the Indian political landscape. In the eyes of the Hindu-fundamentalist Rashtriya Swayamsevak Sangh (RSS), the first heresy Advani committed was jettisoning a tenet of Indian nationalism: that Mohammad Ali Jinnah was the original Pakistani Islamist solely responsible for dividing British India along religious lines. Advani underlined Jinnah’s secular credentials; he lauded Jinnah as a man who left “an inerasable stamp on history,” who founded a new state and, therefore, was one among “a few who actually create history.”

Advani also emphasised the corollary. He categorically declared: “the emergence of India and Pakistan as two separate, sovereign and independent states is an unalterable reality of history.” The RSS drew the obvious conclusion: that Advani — and by implication his Bharatiya Janata Party (BJP) — now accepted the Two-Nation theory as well as the political legitimacy of the states of Pakistan and Bangladesh. In the eyes of Hindu-nationalists, Advani’s intervention strikes at the core of the expansionist Aghand Bharat (Greater India) ideology, which is premised on reversing the 1947 Partition by annexing Pakistan and Bangladesh to India. That was Advani’s second heresy.

Jinnah’s secular worldview, his historic role as the creator of Pakistan and the legitimacy that the state enjoys in international law have been blindingly obvious for several decades to any informed person living in any country outside India. But within India, Advani’s elaborations of these obvious, long-established and, indeed, pedestrian political facts, unleashed a political tsunami.

Advani — the Hindutva “hardliner” within his BJP — had culled Hindutva with surgical precision. He had exorcised the Jinnah-demon that has for more than half a century served Hindu nationalism as the symbolic shorthand for all things despicable about Pakistan: “let there be no place for anti-Indianism in Pakistan, and no place,” he pledged, “for anti-Pakistanism in India.” In effect, he torpedoed delusions of Aghand Bharat.

Advani’s declarations shattered key anti-Pakistan elements in orthodox Indian historiography that Indians have imbibed through school texts and validated through endless and mechanical repetition. After all, if Jinnah’s strategy of using religion for political mobilisation was justified — as Advani implied — it follows that Jawaharlal Nehru was wrong to oppose him.

Advani in effect placed Jinnah on the same secular pedestal hitherto occupied by Mahatma Gandhi and Nehru. Predictably, Congress Party spokesman Abhishek Singhvi flayed “Jinnah’s brand of secularism… which cannot be compared to the secularism of Gandhi and Nehru.”

In short, whether or not Jinnah was a secularist is irrelevant. What is at issue is the challenge Advani posed to orthodox Indian historiography. If the Jinnah-demonology constructed by that historiography is to remain alive and kicking, clearly Advani’s defiance had to be crushed.

The RSS put the point across bluntly. There must be “no dilution” of “ideology.” Not surprisingly, initial opinions aired in Delhi’s numerous ‘water-holes’ ranged from unflattering innuendos about the effect of age on Advani’s mind, to wild allegations of “momentary lapse” or “entrapment” while in Pakistan. These assertions, though vacuous, were nevertheless desperate stabs at discrediting Advani’s arguments in order to salvage anti-Pakistan demonology.

Most Indian analysts too strived toward the same objective. Some deplored Advani’s “opportunism” driven by narrow self-interest, his cynical manoeuvre to craft a “shortcut to power and the Prime Minister’s office” by appeasing the Muslim electorate. The BJP’s 2004 electoral debacle, they alleged, catalysed Advani’s political U-turn. However, others disputed these contentions. They argued that most Indian Muslims hold Jinnah responsible for their misery and rehabilitating Jinnah is very unlikely to impress Muslim voters.

One writer divined that Advani was “administering ideological ‘shock therapy’ to the BJP;” that he was “instigating a ‘revolution from above’ in the Sangh Parivar” in India in order to moderate Hindutva and remake the BJP as a national party.

Almost in the next breath the same writer contradicted his moderation thesis. Advani, he speculated, used Jinnah as a political crutch for “a larger, more pernicious, purpose… he [Advani] ‘normalised’ the use of ethno-religious mobilisation as a valid political strategy even to achieve the goal of creating a state in which all citizens enjoy equal rights. This amounts to sanctifying communalism — at least of one kind. Advani,” he concluded, “thus, sought legitimacy for the Parivar’s mobilisation around Ayodhya.”

Other writers gave Advani’s statements an interesting spin. He did not at all intend to lionise Jinnah; rather Advani, they pointed out, possessed “courage of a certain kind for an Indian politician” to hold up Jinnah’s secular worldview to Pakistanis in Pakistan, to show them how far that country has deviated from the ideals of its founding father. Advani himself brought this explanation into play in his defence in Parliament on July 26 to fend off RSS-engineered criticisms.

It is, of course, valid to view Advani’s actions through the prism of domestic political imperatives. Important political shifts are rarely mono-causal changes; and Advani would no doubt have made a prior cost-benefit assessment of his U-turn.

But a blinkered approach that sees Advani’s dramatic policy U-turn largely as a response only to narrow electoral compulsions, misses the wood for the trees. The ongoing controversy over Advani’s political future has further muddied the water.

Advani categorically announced the drastic revision of policy by the BJP and, possibly, by the National Democratic Alliance (NDA) coalition, of which it is the dominant member. Despite the BJP’s pretensions to the contrary, there is little doubt that key senior party leaders (perhaps excluding hawks), had cleared in advance Advani’s declarations.

Two questions need answers. What forces impelled the policy revision? And why was the policy change announced in Pakistan although the BJP could have easily done the same in India?

There is, as noted, the possible influence of the domestic politics of minority mobilisation. But that, if relevant, is at best of secondary importance in this case.

Advani made his pro-Pakistan statements standing on Pakistani soil in early June when Petroleum and Natural Gas Minister, Mani Shankar Aiyer was engaged, almost simultaneously, in official negotiations in Islamabad over transnational energy pipelines to ensure India’s energy security. The timing was crucial.

The main reason, it can convincingly be argued, for BJP’s policy revision is that the normalisation of relations with Pakistan is now inextricably linked to guaranteeing India’s energy security. And Pakistan-baiting has become politically counterproductive for the economic elite in India.

This sea change in India-Pakistan relations took place apparently within the space of about two years.

The geopolitical context that impels rapid normalisation of bilateral relations is the Anglo-American lunge at west Asian energy (oil and gas) resources. Following the invasion of Iraq, the US openly declared its intention to “redraw” the map and expand American control over all significant energy resources in that region. US policy-makers explicitly designed the neo-colonial occupation of Iraq as the first step in this “grand design.”

The US-backed neo-colonial regime in Kabul is a springboard for American energy multinationals, which are ruthlessly moving to monopolise Central Asian energy resources in the teeth of Russian opposition. Taken together, it is obvious that the US is bent on holding the global energy jugular in its grip.

By the end of 2004, the Indian economic elite fully grasped the strategic implications of an American stranglehold on global energy supplies: that India’s industrial expansion and economic growth and its ambitions of achieving world power status within the next decade or so, would be hostage to US interests. India, as an emerging world power, had to take logical corrective actions.

New Delhi explored ways of securing reliable and inexpensive supplies of energy from a range of oil producing countries, from Russia to Nigeria, and looked at the proposed undersea pipeline from Qatar. By the first half of 2005 it was clear that overland pipelines from Iran and Central Asia, traversing Pakistani territory are the most economically feasible options; and gas supplied through the Iran-Pakistan-India pipeline was estimated to be the least expensive.

The construction and operation of pipelines also open up avenues for lucrative investments for both Indian and Pakistani public and private sectors. The Asian Gas Grid, linking Iran and Central Asia to Myanmar and China via Pakistan and India promoted by Mani Shankar Aiyer, would have vast investment opportunities for private capital in both countries and generate undreamed-of profits.

If one takes account of class interests that govern policies of major political parties, it is not difficult to surmise the background to the Advani-led revisionism. The industrial and financial houses that bankroll political parties are evidently not in the mood any more to humour any anti-Pakistanism that could derail investment prospects in, and undermine potential profits from, the proposed energy grid. They obviously have leaned on the BJP and pressured the party to exorcise anti-Pakistan demonology. The threat, at the very least implied but probably explicitly stated, was that financial taps would be turned off if the BJP did not change tack.

In short, anti-Pakistanism is fast becoming so dysfunctional that Advani was compelled to underline his policy U-turn by flatly conceding in Karachi that the India-Pakistan peace process is “irreversible.” Indeed, the contrasting reactions of India’s political elite to two armed confrontations are striking. When the Indian Parliament was attacked in December 2003, literally within a matter of hours, politicians and the press blindly held Pakistan’s Inter Services Intelligence (ISI) directly responsible. But they displayed exemplary restraint following the July 2005 attack in Ayodhya, repeatedly asserting that there is no evidence of ISI’s involvement; and BJP’s half-hearted attempts to “mourn” the “tragedy” were shot down promptly.

Seen in this light, Advani-led revisionism in India and President Pervez Musharraf’s crackdown on Pakistan’s “religious extremists” (many of whom are opposed to the construction of pipelines), are overwhelmingly pragmatic responses in both countries to jointly ensure their mutual energy security.

Cooperating for energy security is inducing India and Pakistan, for the first time since Partition, to lay the economic foundation indispensable for lasting peace between the two countries.