The killing of Akbar Khan Bugti in an army commando raid on his hideout near Kohlu is yet another case of a political assassination that will haunt the nation for a long time to come. The murder of the controversial Baloch tribal chieftain may well lead to the unravelling of Musharraf’s military-led government. The incident has triggered a furious reaction in Balochistan and added fuel to an already festering alienation. Several people have been killed in the violent protests that spread far beyond Balochistan. The reckless military operation and brutal suppression of the Baloch nationalists have raised serious questions about the stability of the country and the future of the federation. The military leadership seems to have learnt no lesson from history and the events of 1971, which ultimately led to the disintegration of the country.

The circumstances in which Akbar Bugti was killed remain clouded in controversy, while the military’s changing and often contradictory versions of the incident indicate their desperation. A statement issued by the ISPR on the night of August 26, claimed that the army retaliated after the rebels fired upon two reconnaissance army helicopters and Bugti was killed when the cave in which he was hiding collapsed in an explosion. The military authorities later tried to backtrack saying it was never their intention to kill the Baloch leader. A white paper later issued by the government held Bugti responsible for the fighting that led to his death.

There is a long history behind the current Balochistan crisis. Musharraf’s policy of militarisation has further fuelled discontent as the so called mega-projects launched by his government largely catered to strengthening the control of the army and the central government. They provided little or no benefit to the Baloch. The much-hyped Gwadar port project also generated fears of a “Red Indianisation” of the Baloch population because of the huge influx of labour forces from other provinces. Musharraf refused to accept Balochistan’s longstanding demand to increase gas royalties and control over the resources of the province. He blocked the implementation of the Senate Committee Report which had recommended the acceptance of some of these demands. Instead, Musharraf went for an army operation to crush Baloch nationalists. Several new army garrisons were built across the province and hundreds of young Balochis were detained by intelligence agencies.

Meanwhile, the Baloch Liberation Army, a shadowy guerrilla group largely comprising Marri tribesmen, which had remained dormant since the end of the insurgency in 1978, was reactivated. Led by Balach Marri, the son of Khair Baksh Marri, the group launched a series of terrorist attacks across the province targeting government installations, railway tracks and gas supply lines. The province was in the throes of yet another insurgency, largely because of the military-led government’s policies and its refusal to address the legitimate political and economic demands of the Baloch people. Like other military rulers, Musharraf believed in the use of brute force. Helicopter gunships and air force jets were used to crush a brewing rebellion and the army operation fuelled separatism and extremism. This flawed policy also turned Bugti into an unlikely champion of the Baloch cause. 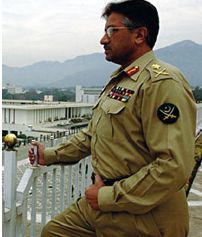 It is quite apparent that the Balochistan policy was directly run by Musharraf and the army. The civilian government in the centre was completely kept out of it. Even the top ruling Muslim League leaders privately distanced themselves from the army operation and advocated a negotiated settlement of the Balochistan crisis. However, the province was virtually handed over to the control of the military intelligence. Neither the political leadership nor the provincial government were consulted or informed about the operation. The federal government had repeatedly denied that there was any army operation being carried out in the province and that paramilitary troops were only being used against a few “trouble makers.” But the use of massive force, including the air force jets, belied the claim.

The officers involved in the operation had almost the same mindset and thinking of those responsible for the 1971 army action in the then East Pakistan. “There are only a few miscreants to be dealt with” was the patent rhetoric. The military leadership refused to see the root cause of the general discontent and alienation in the province and misled the people of Pakistan by telling them that Bugti was the main cause of the problem.

Bugti’s death will have far-reaching implications for Musharraf. The incident has sharply divided the ruling coalition. While the MQM has publicly condemned the killing, few members of the cabinet dared to defend the action. Musharraf and the military stand completely isolated, as the fallout of the Balochistan crisis casts a heavy shadow on the country’s politics and widens the chasm between civilian and military leadership.

What is even more disturbing is the growing fragmentation and polarisation of politics. The sense of alienation in Sindh has also increased in recent years, so it was not surprising that the province reacted so strongly to Bugti’s killing. The Balochistan crisis will have a direct bearing on Sindh with its volatile political situation and the growing resentment against military-sponsored rule.

Many observers believe it could be the beginning of the end for Musharraf’s government that is increasingly using the coercive apparatus of the state to perpetuate army rule. There are clear signs of a growing division within the establishment on his policies and his plan to remain in uniform and seek another five- year term as President. Many of the army’s top brass now openly air their reservations over his policies and his alliances with corrupt politicians. The series of alleged corruption scandals involving ministers and senior government officials have tarnished the image of a clean administration. 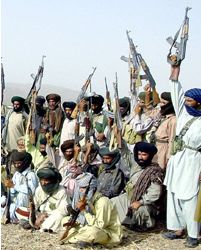 An open letter signed by some retired generals, including some of his former associates, warned Musharraf of the growing polarisation in the country and asked him to hold free and fair elections. The warning clearly indicates that Musharraf is fast losing ground in his own constituency. Musharraf has involved the army so deeply in politics that many officers feel it could completely destroy its professionalism. A president in uniform addressing public rallies and canvassing for a political party has not gone down well in the ranks, while many recently retired generals are openly critical of Musharraf’s politics of expediency.

A botched up army operation in Waziristan has also divided the military establishment. More than 700 soldiers have been killed in the operation to flush out Al-Qaeda fugitives from the treacherous mountainous region. The three-year-long military campaign not only failed to achieve its objective but also strengthened the militants. After receiving a heavy battering, the army has now ceased the operation. The retreat came following an agreement reached between the government and the tribal elders which, in effect, conceded the control of the restive region to the militants who have established a rigid, Taliban-style Islamic rule in the area. The deal is viewed as a face-saving move for the military. The government has released hundreds of tribal prisoners captured during the operation in return for assurances by a tribal council that the militants would stop cross-border raids and not shelter foreign militants. However, a spokesman for the militants, calling themselves the “local Taliban,” said no such commitment was made.

Some analysts described the deal as one of the most obvious capitulations by Musharraf since he began the campaign to rout foreign fighters from the area. The government seems to have given in to all the militants demands without getting very much in return. Such policy flip-flops have further weakened Musharraf’s position.

As he loses ground at home, Musharraf is now increasingly banking on US support to survive in power. However, with the growing perception that the General is losing control, there is increasing scepticism in Washington about his utility in the war on terror. Even with American support, it seems unlikely that Musharraf will be able to navigate his way through the turbulence that lies ahead.