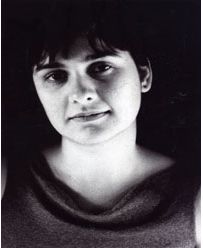 Pakistani writer, Kamila Shamsie, who has received much international acclaim, has now been awarded the 2006 Patras Bokhari Award, by the Pakistan Academy of Letters, for her latest novel, Broken Verses. Published in 2005, Broken Verses has also been shortlisted for the German Liberaturpreis. Shamsie is not new to the Patras Bokhari Award either, she won it in 2004 for her third novel, Kartography.

Apart from having published four successful novels at the age of 33, and bagging awards for three of them, Shamsie has also written for major US and UK-based newspapers like, The New York Times, The Guardian , The Observer and The Sunday Herald, and contributed to local publications like Dawn and Newsline. Shamsie has also served on the panel of judges for the Orange Award for New Writing, in 2005.

“It’s a great honour to be acknowledged by the Academy of Letters,” says Shamsie. “Too often, those of us writing in English are discussed in a different category to writers working in Pakistan’s other languages, as if the use of English makes our work foreign — so I’m particularly pleased that the Academy of Letters should include an award for English alongside awards for Urdu, Punjabi, Pushto, Balochi, Seraiki and Brauhi,” says Shamsie on her latest achievement.