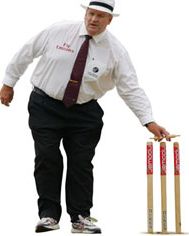 It should have been considered only a minor incident, in the rather ordinary circumstances that it happened. But the conditions at The Oval cricket ground in England didn’t remain ordinary for long. After the Pakistan cricket team was ‘accused’ of ball tampering, the crisis that ensued promised to develop, or deteriorate, into a situation that would turn the cricketing world as we know it on its head. Eventually, the incident that threatened to split the cricketing world apart in two distinct, if unequal pieces, has in fact brought it closer.

Hair, an Australian who has now made England his home through marriage, was surely within his rights as an umpire when he decided that the ball had been ‘tampered with’ during the fourth day of the fourth and final Test match between England and Pakistan. But did he go about informing the fielding captain, in this case Inzamam, in the right manner? Was Inzamam satisfied with the explanation given, if any was actually handed out?

Was Inzamam justified, at least morally, to have decided not to bring his team back into the field of play as a protest against Hair’s decision to penalise the team five runs for the alleged tampering? Even if the International Cricket Council (ICC) decides to let Inzamam go with a soft punishment at the impending disciplinary hearing, his act of defiance which ended in the umpires ‘awarding’ the match to England just might amount to a flagrant violation of rules as well as good sense.

And then umpire Hair opened a Pandora’s box of speculations with his audacious e-mail to the ICC’s Umpires Manager, Doug Cowie, offering to resign from the umpires’ elite panel in exchange for a pay-off of $500,000.

Surely, everyone in the Pakistan camp was rejoicing. They had, they believed, been vindicated by Hair’s singular act of madness. Hair, meanwhile, issued a statement that upheld his belief in himself as the last bastion and upholder of cricket’s exalted rules and regulations, feebly apologised for his rather crass demand and retreated to a hideout in the north of England to avoid the media glare.

So, where does all this leave the cricketing world? Suddenly, everyone is trying to be politically correct, trying their best to show their neutrality and at the same time drumming their own point home in the light of the laws that govern the game of cricket.

Umpires all over the world, naturally, have come to Hair’s defence, saying that he was acting within the rules. Even Pakistan’s alleged forfeiture of The Oval Test was prompted as the laws dictated that this is how it should be. Players, meanwhile, have decided to side with Inzamam — and rightly so. But still, the world of cricket doesn’t stand divided on any of these issues.

Everyone seems to nod his head in agreement over the instances in the light of what the laws say. But Inzamam and his team have felt humiliated because they have been accused of something which the umpires failed, or rather, refused to give any proof of. Pakistan coach Bob Woolmer says that match referee, Mike Procter, didn’t give him a serious hearing when he brought the incident to his notice.

That, of course, is a serious charge, something which has not been dwelled upon in the media as it should have been. A London newspaper tried to create a sensation saying that England coach Duncan Fletcher might have ‘triggered’ the ball tampering row as he had a meeting with Procter at the end of the previous day’s play. Nothing really sinister about a meeting, is there?

Then, The Daily Mail blared in a back-page headline that Pakistan pace bowler Mohammad Asif had been “accused” of scuffing the ball and altering its condition, a punishable offence under cricket’s law 42.3. This also didn’t turn out to be true. Someone then mentioned that Asif had a piece of sandpaper attached to a side of his trousers and he was constantly rubbing the ball against it. As it turned out, it was just a piece of plaster pasted to hide a sponsor’s logo. 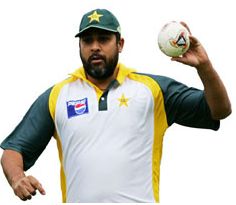 The cricketing world, thankfully, didn’t get divided into two different camps. Initially, the ICC Chief Executive made it clear that match officials cannot be changed, as Pakistan had asked for in Hair’s case, as these appointments were made well in advance and without ‘fear or favour,’ taking several conditions into consideration. Then, it was Cowie who blew the whistle on Hair, making the contents of the email public at his press conference in London.

Now, Pakistan want an enquiry into Hair’s intentions before the ICC decides to put Inzamam in the dock. The Pakistan skipper could be facing a ban that will keep him out of either four Tests or eight One-day Internationals. The Pakistan Cricket Board (PCB) Chairman, Shaharyar M. Khan, believes that Inzamam will be exonerated.

However, the charges against Inzamam are serious. One is about changing the condition of the ball illegally. The other is bringing the game into disrepute by staging a protest and keeping his team off the ground when it should have resumed playing.

There are, of course, questions that still need to be answered. Why did Inzamam continue playing for another 16 overs after the umpires changed the ball as they felt its condition had been altered, in effect accusing the Pakistan team of ‘cheating’? Why wasn’t a protest lodged right on the spot, as is the required procedure? Who exactly was pulling the strings as Inzamam continued to react without using the rudder?

The entire Pakistan top brass was present at the Test match. The PCB Chairman, its Director Board Operations and another gentleman who is a member of its ad-hoc committee. Then there was the manager, former Test star Zaheer Abbas, and coach Woolmer. Instead of Zaheer taking the problem by the scruff of its neck, he not only became ‘invisible,’ but Chairman Shaharyar took upon himself the task of facing the press.

The ad-hoc committee member, a noted dignitary of Lahore, merrily appeared on the media and told television audiences of his ‘strong role’ in the entire episode. Is a member of an organisation, with no leading post to hold, qualified to be a part of meetings between the cricketing chiefs of two boards? Were these two gentlemen not good enough to handle the matter on their own?

Less than two weeks after the incident at The Oval, the Pakistan team was back on the field, having won its first Twenty 20 International at Bristol and then getting the better of England in a washed out One-day International in Cardiff. Inzamam waits with bated breath for the hearing, if at all it will take place.

It has become quite clear that Inzamam was misled throughout the episode, especially when the team management was in the process of deciding whether to take the field or not. Instead of being told, “Go out and play and we’ll handle the diplomacy,” he was made a sort of scapegoat because the top brass didn’t really know how to react.

Chairman Shaharyar says that the team wanted to lodge a protest but “only for a few minutes.” The umpires were back on the field of play at 4:40pm, but neither the England batsmen nor the Pakistan team entered the grounds. Four minutes later the umpires left. At 4:55pm they returned with the England batting pair in tow. There was no sign of the Pakistan side yet.

The umpires then decided to call off the match by taking the bails off the stumps. The Pakistan team then marched in at 5.23pm, with neither the batsmen nor the umpires out there in the middle. A total of 43 minutes is certainly not “a few minutes.” The PCB must admit that they did everything to botch up the situation.

It was just a stroke of good luck, and the “prayers of an effigy-burning nation back home,” that has turned the tide their way somewhat. The ICC inquiry will have to prove now that the ball was actually tampered with. If not, Inzamam gets off the hook. Some kind of punishment will, however, be coming his way for “bringing the game into disrepute.”

But will the cricketing world learn its lessons after this sorry episode?

Inzamam may have been greeted with jeers when he brought his team back at The Oval, but spectators in Bristol and Cardiff sat as one while watching two of the finest sides play cricket. Confirming the fact once again that sport is, perhaps, the biggest democratic institution in this imperfect world of ours.

One wonders whether the unmistakably Pakistani-looking spectators with long, flowing beards at Cardiff had their soft drinks bottles scrutinized for explosive materials or whether women in all-enveloping robes and hair scarves were made to undergo body searches. The atmosphere out there in the stands seemed cordial. There didn’t seem to be any special pride in a ‘brown’ nation hammering the enemy; no indication of some ‘great white hope’ making the ‘terrorists’, ‘Islamic fundamentalists’ and ‘coolies’ bite the dust.

On a lighter note, umpire Hair’s surname gave rise to some of the juiciest puns that will surely linger on in cricket literature for sometime. ‘Hair-raising.’ ‘Hair-cut’, ‘Bad Hair Day’, ‘Hair Today, Gone Tomorrow’, ‘Hairy foot in the mouth’ and what not. The most delicious was the rather high-profile Karachi City Cricket Association demanding a 10-year ban to be slapped on someone named ‘Deril Heir’ in one of its public protests.

The worst came from a friend, and a female to boot, who felt that the cricket umpires’ fraternity was in dire need of a waxing session. Why? For unwanted Hair removal, what else?