Foreign correspondents can be easy to stereotype and no one did it better than journalist Edward Behr, who titled his memoirsAnyone Here Been Raped and Speak English? The general view of foreign correspondents, especially among the people they cover, is that of hacks who prefer sensationalism, wrong- headed analysis and getting drunk at the American Club, to accuracy and sobriety. In the case of Pakistan, this may be true of the legion of armchair critics who love cooking up doomsday scenarios of men in beards and nuclear weapons, but there are also many hardworking foreign reporters — nearly 80 according to the information ministry — who have done their best to provide the world with an accurate picture of Pakistan, often braving dangerous conditions while doing so.

Perhaps the greatest impediment foreign correspondents face in chasing down a story is the roadblocks placed by governments. As James Astill, the South Asia correspondent for The Economist, says, “My visa restricts my travel to Islamabad, Lahore and Karachi and those are the only places I go to.” This is echoed by Pamela Constable, who has been reporting from Pakistan for theWashington Post since 1998.

Journalists who want to travel outside of these three cities, even to major cities like Peshawar and Rawalpindi, require permits, which can often take days to process. Additionally, the government seems determined to stop reporting stories that they feel reflect badly on Pakistan. Just last December, after a spate of stories on the presence of extremists in South Punjab, the government stopped foreign journalists from travelling to the region as punishment for publishing what RPO Bahawalpur, Mushtaq Sukhera, called “twisted and unfounded facts.” 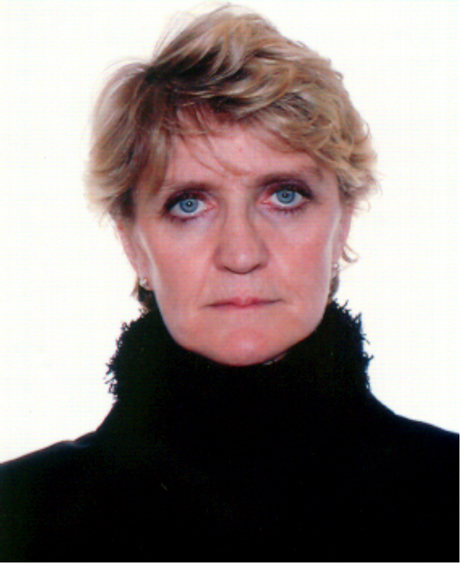 One foreign correspondent who has had a relatively easier time navigating the country is Kathy Gannon, who has been reporting from the region for the Associated Press for nearly 25 years — longer than any other journalist. Since she is a permanent resident of Pakistan — she is married to Pakistani architect Naeem Pasha — she is able to travel, as she says, “without any restrictions.” This is also reflected in the quality of stories Gannon is able to file. She says, “I was one of the few foreign correspondents present when the US invaded Afghanistan after 9/11. And among the handful of foreigners who have reported from Swat and the tribal areas.”

No foreign journalist, though, has it harder than The Hindu’s Nirupama Subramanian, one of only two Indian journalists allowed to report from the country. Apart from facing the usual travel restrictions, Subramanian says, “From the time an Indian journalist steps into Pakistan, he or she is regarded as some kind of spy working for RAW and the burden is on the journalist to prove that this is incorrect. Even the level of your interaction with the Indian High Commission is seen as an indicator of evidence of your being a RAW agent.” She gives the example of being summoned by the director-general of the external publicity wing, in 2007, for “trespassing on the domain of national security” because she became friendly with a Pakistani. Knowing that many consider her to be an agent of the Indian government, Subramanian says, “I err on the side of caution when getting information from people I meet at social occasions.”

Additionally, Subramanian explains the onerous process she has to go through every time she wants to renew her visa. The process, she says, takes six to eight months, during which time she cannot leave the country. “I am always hoping that my parents don’t fall sick or I don’t have to suddenly rush back to the country.” She also has to deal with the constant annoyance of being followed by the agencies, a tactic that she believes is “meant to keep tabs on me as well as intimidate others from talking to me.”

Many foreign correspondents solve the issue of travel restrictions and problems caused by language barriers by hiring ‘fixers,’ local journalists who are familiar with the area, its people and who can provide access to sources and information. These fixers often toil in anonymity, earning low wages and often putting their lives in danger, without getting any of the fame and prestige associated with foreign correspondents. One fixer, who had done some work for CNN, told me, “We dread Christiane Amanpour coming here. Whenever she came here, we knew we would do all the work and she would get all the credit.” The plight of the fixer was summed up most eloquently by George Packer of The New Yorker, who wrote, “It’s always the fixer who dies.”

Even with the assistance of fixers, one might think that foreign correspondents would have a hard time getting information from locals, who could be mistrustful of ‘outsiders,’ especially those with different skin pigmentation. But if there is one thing Pakistanis love more than chai, it is gossip. The Washington Post‘s Constable says she has never had a problem getting people to talk to her. Even outside Islamabad’s rarefied circles, where everyone knows everyone else, she has never been stone-walled. She says, “Often I’ll have people who are not supportive of the West say, ‘We are not happy with your government, but we’ll talk to you.’”

The friendliness of locals does not mean that Pakistan is a safe place to report from; quite the opposite, in fact. No one will forget the kidnapping and brutal slaying of Wall Street Journal reporter Daniel Pearl. There have also been other less horrifying, but nonetheless troubling, incidents. Journalist Nicholas Schmidle was harassed and eventually deported from the country while others, including reporters from the Daily Telegraph, have also been kicked out of the country. It can also be difficult for foreign correspondents to get into the country in the first place. Pakistan’s Ambassador to the US, Husain Haqqani, had to write a letter to the intelligence agencies chastising them for holding up the visas of American journalists.

In November last year, Matthew Rosenberg, the correspondent for the Wall Street Journal, was forced to flee the country after The Nation published a story, using no evidence and only unnamed sources, claiming he was a foreign spy masquerading as a journalist. Among the bundle of half-truths manipulated by The Nation was the supposed fact that Rosenberg constantly shuttled between India, Pakistan and Afghanistan.

However, since Rosenberg was reporting from Pakistan and Afghanistan and his wife, who works for the Gates Foundation, and children live in Delhi, this is hardly credible evidence. As it is, shuttling from place to place is hardly evidence of spying. Rosenberg, it seems, was convicted for the crime of committing journalism.

A source familiar with the situation also says that Rosenberg never visited FATA, as claimed by The Nation, and that he was not escorted out of the country by the US embassy. Rather, the paper hired armed guards on their own to take him to the airport. His interactions with the “undesirable elements” mentioned in The Nation story were also restricted to Habib Khan of the FATA Secretariat and Rustam Shah Mohmand, the former ambassador to Afghanistan, and not anyone particularly suspicious.

Unlike other cases where foreign journalists have had to leave the country, this does not appear to be a case of high-level government intimidation. Rather, it seems that a newspaper had an agenda and considered Rosenberg collateral damage. Still, it is a frightening reminder of some of the pressures foreign correspondents in Pakistan are facing. And it is something other foreign correspondents are well aware of. Constable, who says she has never faced any intimidation herself, mentioned the incident with Rosenberg as an example of how Pakistan may now be more inhospitable to foreigners.

Despite such incidents, foreign correspondents in Pakistan are aware that the international media sometimes presents a skewed image of Pakistan. Gannon feels that the softer side of Pakistan is often ignored because the constant barrage of negative news — which is never-ending in Pakistan — takes up all the media’s attention. Subramanian also points out that she once wanted to report a story on how the Pakistani government was preserving Ketas Raj, a temple near Chakwal, but was not given permission to travel outside the three major cities to report the story, forcing her to do it second-hand. But the situation is best summed up by Constable who says, “Everyone has misconceptions about everyone else.”

What the presence of so many full-time foreign correspondents in Pakistan has done is help create a better understanding of the country. Gone are the days of “parachute journalists” — reporters who would quickly fly in and out of the country — replaced by dedicated reporters who try to understand, and eventually grow to love, the country. It’s a shame, then, that they face so many restrictions and, from some quarters, unbridled hostility.