On August 14, all Pakistanis will take to the streets waving the national flag, dance to blaring jingoistic music and celebrate the birth of their nation. But what exactly are we celebrating?

Today, we are a nation that stands tall, but do we stand proud? What do we consider vital for Pakistan’s progress? What would we change if we ruled the country? Which Pakistanis make us proud? Whom would we like to disown? Which are our proudest moments?

In this special August 14 survey, we ask fellow Pakistanis from all walks of life to share their opinions about our country. While some have answered candidly, others have chosen the path of discretion. Their responses are revealing. For example 64 per cent are proud to be Pakistani, while 22 per cent remain ambivalent and most cite the fall of East Pakistan as the nation’s most degrading moment.

Our nation was formed with only the purest intentions, so what went wrong along the way? 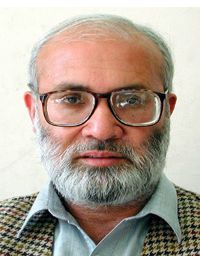 A1: I am proud to be a Pakistani. No doubt there are occasions when one feels embarrassed to be a Pakistani, but one must not lose hope. Being an optimist, I believe that Pakistan could still live up to the expectations of its founders as well as its people. At 58, we are a young country. Hopefully, there is a long life ahead of us and we still have time to learn from our mistakes and do a better job of running this beautiful country. Pakistan’s biggest asset is its hardworking people, who generally outperform others when they go abroad in search of a livelihood and are capable of delivering at home in the right conditions. To achieve progress, we have to put our own house in order and accept the rule of law. In the process, we would be on the way to regaining our sovereignty that has been taken away from us by the US. For that to happen we need sincere leadership, which regrettably has been in short supply in our unfortunate homeland.

A2: The highest points in Pakistan’s history were the 1970 general elections, which was the only time that the country managed to hold free and fair general elections and the electorate gave a mature verdict without having to worry about engineered results. Not long afterwards, Pakistan experienced the lowest point in its history with the surrender of more than 90,000 of our soldiers to the Indian military in the then East Pakistan.

The three who raised my hopes and then caused me disappointment are:

a) Zulfikar Ali Bhutto, who created political awareness among the have-nots and became a friend of the poor but soon returned to the company of his friends from the feudal and capitalist class.

b) Squash champion Jansher Khan, who was a great player but a spoilt young man.

c) Some of our journalist colleagues, who are known to everyone, for accepting political and diplomatic offices in dictatorial and non-representative governments.

A4: If by any chance I become the President, I would issue three executive orders:

a) Order the armed forces back to the barracks. This is where they belong. By the same yardstick, I would see to it that everyone does his or her own job instead of interfering in things that don’t concern them. As the Afghans say, “kar ahalkar la” (work according to one’s profession), and that would be my guiding principle.

b) Immediately set up an independent and high-powered Election Commission in consultation with political parties, an above board accountability bureau with the authority to take action against serving and retired military and civil officers, judges, business people, media-persons and others, and merit-based public service commissions at the federal and provincial levels for hiring the best of the lot.

c) Order a raise in minimum wages, start a process of land reforms, and make the delivery of justice cheaper and quicker. 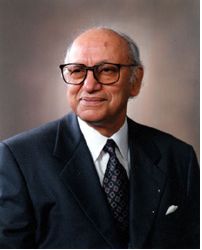 A1: Yes, I am proud to be a Pakistani. Having experienced Pakistan coming into existence in 1947, the then largest Muslim State, as a young man (when I was 17), I still retain the romance and vision of the Pakistan movement. When I compare Pakistan with most Muslim countries, and particularly those countries and people struggling for freedom like Palestine, Chechnya and Kashmir, I do remain hopeful that the future will be ours. I have great faith in the democratic and egalitarian spirit of the people of Pakistan.

A2: Pakistan achieved its first highest point during Ayub’s time, when it attained the highest rate of financial growth and international credibility regarding its development plan. Then Pakistan, which had adopted the five year development plan, was on par with upcoming economic giants like Japan and Korea. The second highest point was when Pakistan exploded the atomic bomb and became a de facto nuclear state in 1998. The third highest point is yet to be reached, when Pakistan will hold fair and free elections in the year 2007 (Inshallah).

The lowest point in our history was when a new political party known as the Republican Party was formed overnight in 1955 and all the Muslim Leaguers who were part of the Pakistan Movement became members of the new party. I treat it as the worst of horse-trading in politics. The second lowest point was when the armed forces of Pakistan surrendered on December 17, 1970 in Dhaka, and East Pakistan thereafter became Bangladesh.

The third lowest point in Pakistan’s history was the day when I heard that Dr A. Q. Khan, the architect of Pakistan’s nuclear capability, was detained on allegations of being involved in nuclear proliferation.

I am disappointed in: 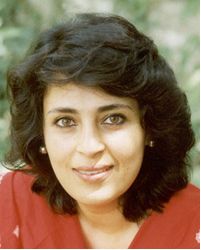 A1: I am proud to be a Pakistani because deep inside I feel ‘Pakistani’. No matter where I go, it is the Pakistani food, folk music, sense of humour and many other things that really touch me. It is time we understand that our culture, and us being ‘different’ from the rest of the world is actually our strength. Streaking our hair blonde will not conceal the fact that we remain Pakistanis to the core.

But I am certainly not proud of most Pakistanis who give a bad name and image to our country.

A2: The highest point in the history of Pakistan was the 1972 Islamic Summit Conference and the lowest point was the trial and hanging of Zulfikar Ali Bhutto.

A4: If I were the President, I would:

a) Change the words of the National Anthem (nobody understands them).

b) Provide public toilets for men, so that they are not obliged to relieve themselves on the roadside. (Bad for our project “Soft Image”).

c) Ensure accountability for ALL in the country. (That includes the judiciary and the army).