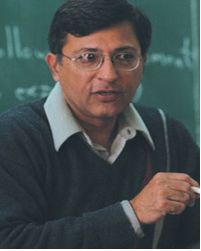 “Faith, Unity, Discipline.” Mohammad Ali Jinnah’s oft quoted phrase is known to every Pakistani. It has been used to serve different ends. Successive military rulers have claimed this is a call for all to march in step towards a goal that they have determined. Others have disputed this self-serving interpretation. But whatever Jinnah may have actually had in mind, nearly 60 years down the road, there is a new Pakistan with new realities — and pressing new needs.

For starters, Pakistan needs the participation of its people. There is open cynicism about Pakistan’s political parties and its self-seeking, kleptomanic leaders. The military rules an apathetic nation. Young people have tuned in to mindless FM entertainment and tuned out of participation in social causes. University campuses are deviod of discussion and debate, and movements against manifest social and political injustice bring forth only handfuls of committed individuals. Millions demonstrated on the streets of London, Rome, Washington and New York against the criminal American invasion of Iraq. But in Pakistan — where the anger ran deeper — the response was invisible.

This apathy has an explanation. Most young people think that the world is naturally cruel and will remain so. They think vague hopes for a better world are like wanting a piece of the moon or eternal youth, and hence a waste of time. But this damning state of mind is recent — it was brought about by the deliberate policy of leaders to cripple our will so that we stop fighting them. A generation of left-wing activists has gone missing from the heady optimism of the 1960s — when revolution seemed around the corner — to the despair of the present.

But empowerment and people’s participation can come once again to Pakistan if we are so determined. Labour must organise again, the ban on student unions must go, and the political parties must join hands on real issues and be allowed to freely campaign without fear of arrest and persecution. We need to dream our dreams, once again, because Pakistan’s survival is at stake.

Pakistan needs, and deserves, a citizenry with alert minds and at least some understanding of how the world works. People must know what makes the stars and sun shine, what causes earthquakes and tsunamis, and why diseases of the body and mind are no more than various malfunctions of cellular machines. Unless such causal connections are accepted and contextualised within the larger scientific paradigm, we, like other pre-modern peoples, will continue to believe in evil spirits, in “jinn-bhoot-pareet,” or in divine anger, as the cause of drought and flood, disease and dementia, poverty and misery.

Ignorance makes people fearful, drives them to passivity and acceptance of fate, and ensures that while others progress and prosper, we are left way behind. The history of humankind is replete with examples where diseases, plagues, and epidemics were attributed to sinful behavior. AIDS is a modern example. The devout everywhere, including Pakistan, saw this as “azab-i-ilahi” and a punishment for promiscuity. But microbiologists in the west looked at it as a challenge to first identify — and then contain — a mutant virus that attacks the human immune system. So, even as priests and mullahs bonded together to declare AIDS unstoppable, scientists and public health specialists quietly went about their work. Today, with no change in personal behaviours, the tide has been reversed and fewer people die every year from this dreaded disease in the west.

Pakistan needs freedom for its women. In much of rural Pakistan, a woman is likely to be spat upon, beaten, or killed for talking to a man or even showing him her face. Newspaper readers expect — and get — a steady daily diet of stories about women raped, mutilated, or strangled to death by their fathers, husbands, and brothers. With energetic proselytisers like Farhat Hashmi making deep inroads even into the urban middle and upper classes, the culture of suppressing women is spreading. Our cities are becoming culturally backward villages. As the pious multiply, the horrific daily crimes against women become increasingly less worthy of comment or discussion.

Pakistani notions of morality, and of right and wrong, have come to centre around women-related issues. There is nothing new in this. Historically women have been held responsible for depravity and promiscuity, their evil deeds bringing down divine wrath. From St. Augustine to Luther, Christian theologians agreed on the principle “thou shall not suffer a witch to live.” So, when hail or storm ruined a crop, the search for witches would intensify and soon the air would be filled with the stench of burning flesh. When Egypt was faced by hunger because of the drying up of the Nile, the orthodox Fatimid caliph, al-Hakim, ordered women to be shut in their homes and forbade the manufacture of shoes for them. He thought mixing of the sexes was the cause. Today we know better. Or do we?

Pakistan needs economic justice and the working machinery of a welfare state. Economic justice is not about flinging coins at beggars. It requires organisational infrastructure that, at the very least, provides employment, but also rewards according to ability and hard work. Incomes should be neither exorbitantly high nor miserably low. To be sure, “high” and “low” are not easily quantifiable, but an inner moral sense tells us that something is desperately wrong when rich Pakistanis fly off to vacation in Dubai on a whim while a mother commits suicide because she cannot feed her children.

A welfare state in Pakistan is a receding ideal. India abolished feudalism upon attaining independence. But the enormous pre-Partition land holdings of Pakistan’s feudal lords remained safe and sound, protected by the authority of the state. The land reforms announced by Ayub Khan and Zulfikar Ali Bhutto were plain eyewash. In later years, with the consolidation of military rule in national politics, the army turned itself into a landlord and capitalist elite. Today, officers not only own vast amounts of farm lands and valuable urban real estate, but also massive commercial assets in manufacturing, transportation, banking, insurance, and advertising. Take anything from cement to sugar, or corn flakes to commercial bottled water, and you will find that the military owns the means of their production. No other army in the world does that. Most countries have armies, but, as some have acerbically remarked, only in Pakistan does an army have a country.

Pakistan needs the rule of law. Nearly three centuries earlier, philosopher Jean-Jacques Rousseau observed that each citizen of a state voluntarily places his person under the supreme direction of the “general will.” An unwritten social contract between the individual and society requires that a citizen accept the rule of law and admit to certain basic responsibilities. In return the citizen receives certain rights from the larger entity. Without this voluntary submission by individuals, said Rousseau, humans would be no better than beasts.

How well is the social contract holding up in Pakistan, and to what extent do citizens exhibit responsible social behavior? How many of us pay our fair share of income tax, respect basic environmental rules, heed traffic laws, and dispose off garbage as we should? Pitifully few. An avalanche of law-breaking occurs because ordinary people see the nation’s leaders and the powerful openly flouting the very rules they claim to protect, and because they can see that enforcement of the law is no more than a perfunctory gesture. The problem is compounded by Pakistan’s fundamental confusion: is the citizen obligated to obey secular (or common) law or one of the many interpretations of Islamic law, or even the tribal law of jirgas? Surely a modern state has to set uniform rules for its citizens or else risk losing its legitimacy.

Pakistan needs hope. As the population explodes, oceans of poverty and misery deepen. Limbless beggars in the streets multiply. Water and clean air become scarce resources, education remains stalemated, democracy remains as distant as ever, and the distance from a rapidly developing world increases. There is a strong temptation for one to step aside, give up, admit helplessness. But then surely what we fear will actually come to pass. I go along with Antonio Gramsci, the great Italian philosopher, who spoke of “pessimism of the intellect, optimism of the will.” With the pessimism of the intellect we must calmly contemplate the yawning abyss up ahead. But then, after a period of reflection, we should move to prevent falling into it.

Howard Zinn — who I first heard speak at an anti-Vietnam war rally in Boston in 1970 — has a powerful message of hope for those who want to change their societies: To be hopeful in bad times is not just foolishly romantic. It is based on the fact that human history is a history not only of cruelty but also of compassion, sacrifice, courage, kindness… If we see only the worst, it destroys our capacity to act. If we remember those times and places — and there are many — where people have behaved magnificently, this gives us the energy to act, and at least the possibility of sending this spinning top of a world in a different direction. And if we do act, in however small a way, we don’t have to wait for some grand Utopian future. The future is an infinite succession of presents, and to live now as we think human beings should live, in defiance of all that is bad around us, is itself a marvellous victory.

There is much reason for despair, but even more for hope. One hundred and sixty million people cannot disappear from the face of the earth, or allow themselves to be imprisoned indefinitely in a living hell. Human ingenuity and the good sense of survival shall inevitably assert themselves. It is for us all, as agents of change, to move in a way so that the inevitable arrives sooner rather than later. In Faiz’s immortal words: