Popular romance is both symptomatic and predictive of cultural evolution. It not only maps social change but also directs its current;  its stories and their characters are forged upon prevailing currents of trends, preferences and values and its diffusion in vast numbers in turn perpetuates and concretises those tastes.

Indireads, an e-publishing venture offering ‘romance for the South Asian soul,’ was launched in June, 2013. The woman at the heart of its stories is the modern, educated South Asian woman of the 21st century — independent, ambitious, grounded and self-aware. She revels in the diversity of her roles inside and outside the house; she takes pride in her roots but is well-exposed to the world and cosmopolitan in her outlook; she is attached to her land but not bound by it.

This Valentine’s Day, Newsline sits down with Naheed Hassan and Sabahat Muhammad, both women in their early forties, and founders of and partners at Indireads, as we take a forensic look at the timeline of popular South Asian romance — we explore how the notion of romance has evolved from our mothers’ generation to ours, how it has morphed with the elusive persona of the ‘modern woman’ at its heart in the light of changing economic paradigms and socio-cultural contexts, the variegated cultural strands that have become woven in the fabric of both 21st century South Asia and 21st century South Asian romance, and how Indireads is a good barometer for measuring this evolution.

About romance and its role for women in South Asian culture, I feel that the generation of our mothers was and is somewhat in denial about their need for romance and its importance in their lives. Perhaps they couldn’t afford the slice of luxury that was ‘romance’ in the broadest sense of the word, or any form of escape. At the same time, it was a little untoward for women to affirm this need or express gratification in a public space. Would you agree? 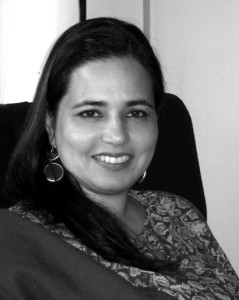 Naheed: In my opinion, romance has always been present for South Asian women in the form of novels, television dramas and movies. Life and its realities could have been very different, but our mothers could lose themselves in onscreen romances or in books. I remember my mother had a huge crush on Waheed Murad and watched his movies whenever she could, which admittedly, was not very often. I would say that what we expect from romance has changed over the decades, but not its presence or the need for it.

In comparison with the educated Pakistani woman from the upper middle class from the generation of our mothers, our generation is almost aggressive in its seeking of romance and other perks that were denied to our mothers, for example, work, travel etc. Times and the economic paradigm we live in have changed, of course, but in addition to this economic enabling, there is something of an existential nature that we seek more aggressively in our lives, not just in comparison to our mothers, but perhaps because of what we saw them give up.

Sabahat: Individualism drives this generation. Our mothers’ narratives were those of a collective — staying with and enduring marriage for the sake of family (parents and children alike). That imperative is no longer as strong. Yes, certainly because of the economic paradigm and the more nuclear family unit which now prevails, but also because the notion of woman as a burden on society has been overturned (even in Pakistan, where we choose to deny it, but we are strongly influenced by India and the woman’s role in society is not built around the Muslim woman, but the Hindu woman). I believe women all across South Asia are part of an unspoken protest against the label of ‘burden,’ and their push for independence and individuality has a lot to do with this. 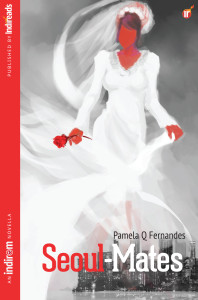 So, where does Indireads sit on this timeline? What gap in the evolution of romance and in the market did you wish to fill?

Naheed: The starting point for Indireads is South Asian romance. We wanted to move away from western brands, stereotypes, formulas and concept of love. Our aim is to publish South Asian romance stories that were anything but formulaic and represented our interpretation of love and romance, complete with dupattas, bangles, saris, weddings,mehndis and hordes of interfering or kindly aunts, uncles, ammis andbabas. Romances that would resonate with South Asian readers and don’t require exotic locales, heroes or huge stretches of imagination to relate to. Indireads was envisioned as a publisher of quality South Asian popular fiction. We aim to create a platform where new and upcoming writers across South Asia could come together and be supported and nurtured and finally be able to publish their stories. 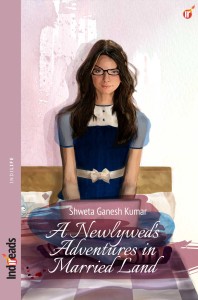 Sabahat: I don’t think Indireads bridges the divide. Readers of regional language fiction will probably not switch to an Indireads novella (popular fiction is easy-to-read, whereas lab/ouring through a book in an unfamiliar language is not). Indireads romance is still western romance, but in settings that are familiar to our readers.  The romantic hero is no longer a blue-eyed Englishman or a rough and ready American; it’s the boy next door, the stranger husband in an arranged marriage, the ‘friend’ in school that you bump into years later. Our readers are women who won’t be bumping into Brad Pitt in the street, but may meet Fawad Khan at the mall.

No matter how ‘westernised’ we may be, there are still cultural references and boundaries that only another South Asian understands. These are culturally relevant books, and in popular fiction, cultural relevance is key.

How do you think the persona of the female protagonist at the heart of these romances has evolved over one or two generations? 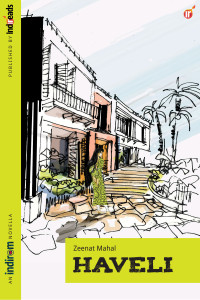 Naheed: Many of our women novelists from the previous generation, such as  Razia Butt, wove richly layered stories with strong female characters at the centre. The story revolved around family and the heroine’s role within the family and larger society. I think romance today in our part of the world continues to include family sagas and stories, many of which are now turned into sensitive, well-acted dramas on television. But along with the traditional stories, the romances can now also centre on the main protagonists, the hero and heroine and their interactions without the supporting cast. This is a move towards western romance where the action centres almost exclusively on the couple and includes little else, certainly not family. That kind of move has come about, but our romances till today are centred around relationships and family approval and rarely focus on physical intimacy and attraction, which is standard Mills and Boons fare.

Sabahat: Essentially, I don’t think she has. I think the woman that remains at the heart of each romance is a strong-willed woman who will sacrifice as needed in order to keep the status quo, or to find her dreams. I think what has changed is the environment around her. Romance has changed in that it’s now a story of individuals, but the protagonist is still independent, honourable and dutiful. Her choices have changed instead.

Could we have a sneak peek into the universe of Indireads? Could you walk us through some stories? 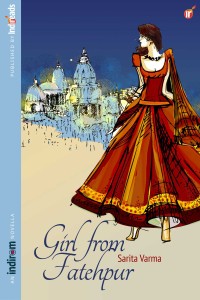 Naheed: We have traditional romance in the form of Girl from Fatehpur where Sanjana, the heroine heads back to her hometown for a family wedding and bumps into the first guy she had a crush on. There is Haveli which features young and impetuous Chandni who has been brought up strictly and traditionally by her grandmother and who is now being set up for an arranged marriage that she rebels against. We have our escapist romance in the form of Against All Odds, which features a young woman trying to make her way as an interior designer who runs up against the heir to one of the biggest business families in Delhi. An upcoming fun rom-com that I am excited about is Done With Men which is set in Goa and showcases Kairavi Krishna, who vows that she is ‘done with men’ after a string of bad relationships and loser boyfriends only to discover that her heart doesn’t really care what her brain has decided.

What does your crystal ball tell you about the future of popular South Asian romance? What could be the next big thing after Indireads?

Naheed: I really hope to see the great comeback of Pakistani cinema with light romantic movies like the Waheed Murad and Barbra Sharif movies from the ’70s. We have talented writers, directors, musicians and artistes. I, for one, will be rooting all the way.

This interview was originally published in Newsline’s February 2014 issue.