“Pakistan’s English language writers suffer from a crisis of identity”

Author of three novels — her most recent being Stay With Me — Manizeh Naqvi has a degree in business management and is successfully managing a career in the World Bank, while simultaneously giving full rein to her passion for writing fiction. And she seems to be equally at home in all these fields. Settled in Washington DC, Naqvi was here recently to volunteer her services for earthquake relief work and spoke to Newsline about her career as an author. 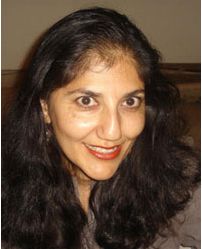 Q: How is it that from graduating in something as prosaic as business, you began to write novels?

A: I’ve been writing for a long time; in fact, I began years before I went to business school or got a job. Everybody is multi-faceted, but not everyone gets the opportunity to exercise their whims. I’ve been lucky enough to both have a job and write.

Q: Do you think your exposure to world politics has given you an insight into political realities, which come to the fore in your books?

A: I think it is not my career that has given me a political insight but the conversations I’ve grown up with, the focus on following world events in the news and also my exposure to living in the heart of Karachi in the eighties, even if for a limited time. It was like I had a finger on the pulse of everything — I lived on Guru Mandir, and would drive all over the Site area, Korangi, Orangi and Malir, absorbing everything I could. I would watch the cricket match in Khudadad Colony every Friday.

I thought I had a sense of how things were and what was their logical trajectory, and followed my instincts on that trajectory. For instance, I wrote that a dictator would take over the country in a military coup, and in the name of eradicating fundamentalism, he would get rid of all opposition. I mentioned that Pakistan would be the darling of the west — particularly the general — and would be the new emerging economy because of its coalition against fundamentalism. When my father read the book prior to its publication, he insisted that I delete this portion as such a scenario of coups and martial law regimes were a thing of the past. Am I glad I didn’t listen to my dad on that occasion!

Q: Are the characters in your books based on real personalities or are they mostly fictitious?

A: Most of the characters in my stories are imaginary and, in fact, only the character of Rasheed Ali in Mass Transit was inspired by an uncle I used to spend time with when in Karachi.

He would predict the consequences of the excesses and hypocrisy of the military regime in Pakistan and of the Afghan war. His predictions would sound like the rantings and ravings of a mad man, but all he was doing was talking about a logical sequence, a trajectory of events to come.

However, some of the elements dealt with in my books are inspired by childhood memories of my parents reminiscing, over every meal, of days gone by and glorifying the past, while at the same time yearning for it. The disorientation was huge and the deep hurt our parents felt because of dislocation was transferred as stories. We grew up with stories of longing and dislocation, and that is what has come through, for example, in Mass Transit.

Q: How close do you think fiction comes to projecting reality?

A: There is an authenticity required in fiction. I consider fiction the only way to tell the truth and it is the counter-point to written history. If there are facts to be had about places, regions, communities and cities, you get that through fiction.

Q: There are now quite a few authors in Pakistan writing in English. Where do you think they stand, from the global perspective?

A: I feel that writers from our part of the world have yet to attain the level of maturity required to make their mark globally. I think Pakistani writers suffer from a crisis of identity. We appear somehow to be burdened with a need to articulate something about Pakistan in our books, with the result that most books written by authors of Pakistani origin use their motherland as a backdrop. We need to break out of this notion of nostalgia. Just the other day Yasmeen Qureshi, who is my editor at Sama Publishing Services, and I were talking about what we are seeing in terms of writing and she feels that we seem to have a discomfort with who we are and, in fact, don’t even know who we are. I feel that alone is a problem — if you are constantly questioning your identity, it means you are not comfortable in your own skin. We seem to be constantly striving to be acceptable to the west. When the Afghan war was on, we couldn’t be mujahideen enough. Now that we can’t get visas to the US, we can’t be European enough.

Pakistani writers, even renowned and US-based ones like Bapsi Sidhwa, haven’t come of age in the United States, as they still haven’t made television appearances on NBC or ABC or CBS or, for that matter, been covered by New York Times. We’ve all had our book readings and been guests at book stores, but that’s all. The handful of us that have made it to the Time magazine haven’t got consistent exposure. There’s no brand recognition. On the other hand, Arundhati Roy is a household name and so is Salman Rushdie. I think our own media is responsible for this lack of recognition. Pakistanis, and the Pakistani media in particular, need to show respect to their own and then the world will show us respect. If I were recognised abroad, even if I were a terrible writer, everyone would pay me homage here, but otherwise no one cares. We take our cues for everything, including our identity, from abroad.

Q: There is a unique quality in your writing. It evokes audio images rather than visual ones. Do you agree? And how did you develop this lyrical style of writing?

A: Thank you for noticing! It comes from reading a lot and from having amazing parents who are steeped in poetry. My father can’t speak without resorting to metaphors. My flair for writing comes more from listening to my parents and from Urdu poetry.

Q: With so many English language writers now emanating from Pakistan, is it possible to form a Writers Guild in the country?

A: When I was here the last time, I was very keen to get something going, like a festival of authors in Karachi. I thought December would be a good time since many of the English language writers are still based abroad and normally visit the country in the winter season. I emailed as many authors as I could and did the groundwork in the hope that some organisation would pick up the idea, as there was no way I could handle it.

I thought we could invite all the writers — not only those who wrote in English but in all the regional languages as well, and showcase everyone and organise book readings, skits and workshops for aspiring writers. If we want to put Pakistan on the map in terms of writers, we must do things like this. I hadn’t come up with this idea out of altruism — I was saying it out of self-interest. I need such activities and would love to interact with readers and writers in that manner, and be showcased at the same time. But nothing came of it.

Q: Your first two books were published by OUP, so why did you opt for a change of publishers?

A: I owe everything to OUP and Ameena Saiyid and to Yasmeen Qureshi — she was at OUP at the time — and it was because of them I got published in the first place. Ameena Saiyid is like my fairy godmother. The problem OUP faced was that after publishing my books, Kamila Shamsie’s books, and those by a couple of other local authors, OUP London came up with the restriction that OUP could no longer publish first fiction (original fiction). I don’t know why they did that, I think it was a gross mistake — in fact suicidal — so OUP here had no choice. Meanwhile, Yasmeen and Tayyaba had established Sama Publications and requested me to give them a manuscript, so I did. Stay With Me became the first book they published. I was extremely happy that it went to two women publishers and my original editors — it was so much more meaningful.