“At the moment, war is being imposed on us”

His looks defy his age. At 80 something, Nawab Akbar Khan Bugti continues to wield his influence on the country’s politics. A seasoned politician and an influential tribal chief, Bugti has not stepped out of his native Dera Bugti for the last five years, but he keeps himself abreast of all political developments through extensive reading. “I read at least 13 newspapers a day, apart from several periodicals, and watch television,” he says.

Amid the ongoing ‘war of wits’ with the government, Newsline had the chance to pay the Baloch leader a visit at his Dera Bugti headquarters-cum-residence. And true to his reputation, Bugti did not mince his words as he held forth on the latest crisis in Sui. 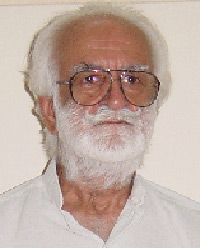 Q: Do you think the attack on the Sui gas plant in reaction to a lady doctor’s gang rape was justified?

A: The reaction was appropriate and fitting. It was exactly according to our traditions, culture and social practices. Whenever a tribe’s honour or prestige is at stake, this is the way one should react. If you read our history, people have given their lives to protect women, their honour and their livestock.

As far as your statement that the plant was targeted is concerned, let me make it clear that the plant was never hit. The issue has nothing to do with (gas) installations. A few committed this act (rape). The incident was related to them. However, since they were inside the installation, a few of the bullets or rockets hit a pipeline. The government spokesman’s claim that the plant was hit is not true. If you have seen the plant, it is 50 feet high and four to five hundred metres wide. Even a blind man cannot miss it. If the plant had been the target, it would have been completely destroyed in minutes.

Q: You admit that the reaction was justified. Was there no other way to vent your anger at the alleged rape? Why was this crucial installation put in danger?

A: The plant was never targeted by anyone. The reaction was only to punish those who committed this wild, dirty act. Since they were within the plant’s fence, only their camp was attacked. The aim was to target Captain Hamaad and his colleagues. The official version that the plant came under attack has been put out to validate their military operation. Our history is replete with such fake justifications and lies to pave the way for action. The Sindhis should have raised their voice more than us against the rape but they are, unfortunately, silent.

Q: Why don’t you appeal to the Sindhis to raise their voice? After all the doctor was from Karachi.

A: No Sindhi has raised his voice against the rape. Sorry to say, I don’t appeal to dead people.

Q: Everyone knows the grievances the Bugti tribe holds against the Sui plant management on the thorny issue of employment for local people. Do you think the rape case was a pretext to vent that anger?

A:If the Bugtis wanted to give vent to their anger in this regard they could have done it in another way. The Bugtis are not involved in this incident. A shadowy organisation, the Balochistan Liberation Front, claims to have carried out the attack. They think, as far as I know, that they are the custodians of Baloch rights, culture and honour. Whenever there is such a case, it is their first priority to swing into action. What they did was just that.

Q: In the recent past, the Balochistan Liberation Army or BLA has claimed responsibility for attacks on military targets in other parts of the province. Is the Sui incident a similar case?

A: You said BLA. That is a separate organisation. The BLF, BLA and Balochistan People’s Liberation Front are different groups or organisations. These are three different shadowy organisations. Whatever they have done in the past is not linked to the Sui attacks.

Q: This is your domain. The impression is that not a thing can move here without your consent. So did this violent reaction to an incident of rape have your support?

A: Whatever name you give to these groups, they are not under our control. They are not beholden to anyone. Whatever they do, they do it on their own. They don’t ask anyone. Their rank and file could comprise the Bugtis, Marris, Mengals, Zehris, Jamalis and even Chief Minister Jam Yusuf’s Jamotes. People from Kharan, Chagai and Makran could be part of it. In short, any Baloch could be part of it. They are working for Baloch rights. So wherever they go, they face no problem or resistance and also they don’t openly announce that they are from the BLA or BLF. They say they are guests and people welcome and feed them. And when they do something good for the Baloch cause, no one asks them why did you do that. They are doing the right thing so far.

Q: One of the Bugtis’ demands has been to hand over security jobs at the Sui plant to the locals. On the other hand there is an impression that the presence of the highly paid Defence Services Group (DSG), comprising 700 army personnel, is generating hatred among the locals. Is that true?

A: I want to know which Bugti made this demand and when? Who said give these jobs to us? However, the Bugtis have been saying that this is their right. But the government, ironically, labels them traitors — anti-state elements who can’t be trusted. So how can these jobs be given to us.

Q: The Sui plant has never been targeted, even during the bloody insurgencies in Balochistan. Why has it happened now?

A: As I said before, no one targeted the plant; it was only some people inside it.

Q: Do you think justice will be dispensed in the rape case?

A: In my opinion, the investigations have made no progress so far. I read in the newspapers that the provincial government has set up an inquiry commission comprising a high court judge but no progress is visible after that. The inquiry into the assassination of the country’s first prime minister, Liaquat Ali Khan, is still not complete. So what else can you expect.

Q: Do you support the idea of the accused walking on fire to prove his innocence?

A: I do not have much faith in official inquiries, but I can’t make this demand. People would say an educated man is talking like this, but my tribesmen are ready for this exercise. This is how we have been dispensing instant justice in some cases for centuries.

Q: Are you sure the army will be used against you?

A: I don’t know. As they say, no one knows the enemy’s mind. But they are deploying troops in large numbers — almost a division. You have seen Sui, it is a small place. Even one division of soldiers is too much. They are, it seems, using a hammer weighing a ton to kill a fly.

Q: Coming to the general situation in Balochistan, do you think the parliamentary committee set up to resolve the crisis in this province will help achieve anything?

A: The committee did some work initially. Nawab Khair Bux Marri dissociated from this process at the very beginning, while Sardar Attaullah Mengal’s Balochistan National Party decided to quit it after the arrest of some of their workers and initiation of cases against them. Now the army is being mobilised against us. Viewed against this backdrop it becomes a joke. The whole process is dead.

Q: It seems no one, neither the Baloch nationalists nor the federal government, are ready to budge from their stated positions. So, is the situation getting better or worse?

A: Can’t say. At the moment, war is being imposed on us. If someone survives it, then we will see. General Sahib (Pervez Musharraf) has promised to hit us in such a way that we will not know what hit us. In one sense it is quick death that he is promising us. They could do this to a few Baloch leaders, but not the whole Baloch nation.

Q: What steps, in your view, can ensure security of the plant in the future?

A:For over 50 years, we have been the Sui gas plant’s guards. We have been protecting it. We’re not its enemy. How can we damage it?

Q: How justified are the locals in demanding more jobs at the Sui field?

A: They continue to bring in people from outside. They’re taking away food from the local people’s mouth. This is unacceptable. They’re promoting to ensure jobs for the locals in Gwadar. But people have the example of Sui before them. That’s why no one trusts them. The government had promised that all jobs that the locals could do would be given to them. We’ve signed documents about these commitments. Now people are being brought in, even for unskilled labour. After 50 years of continuous struggle, only a 52 per cent figure of employment has been achieved for the unskilled local population. What sort of justice is this?