The rape of a hapless woman doctor in the high security PPL residential compound in Sui, guarded by the army’s elite Defence Security Group, has triggered an explosion in the volatile province of Balochistan. The region, which has witnessed three armed rebellions against the federal administration in the last 57 years, is on the verge of yet another civil war between the Baloch nationalists and the military.

The violence sparked by news of the unfortunate incident, has now spread to a large part of the province, with insurgents launching guerrilla attacks on vital economic installations, government buildings and the security forces almost every day. Pakistani troops, which have confronted the Al-Qaeda backed Islamic militants in the tribal region in the North West Frontier Province, now find themselves locked in an even fiercer fight in the southwestern part of the country.

The province had witnessed sporadic incidents of violence for several months, but the confrontation came to a head on January 11, when hundreds of armed Bugti tribesmen, protesting against the rape incident, stormed the PPL installations. Nawab Akbar Bugti accused an army captain, the head of security at the plant, of the crime. Rocket and mortar attacks badly damaged the gas plant and supplies were suspended to a large part of the country. The violence left at least 15 people, including three paramilitary soldiers, dead. The situation was brought under control only after army troops moved in. The government initially tried to cover up the incident and accused Nawab Bugti of inciting trouble. This unfortunate move further fuelled the flames.

Islamabad deployed hundreds of troops to guard gas installations and other key locations, but the insurgents retaliated by mounting guerrilla attacks across the country, targeting railway tracks and power supply lines. Quetta and other areas were plunged into total darkness twice in a week when insurgents blew up a power transmission line. Security has been visibly heightened with military police setting up checkposts and paramilitary troops patrolling the streets of Quetta, but there has been no let up in insurgent activities. Night train services have been suspended in the region due to fear of bomb blasts.

A shadowy organisation, calling itself the Baloch Liberation Army( BLA), has claimed responsibility for the attacks. The government initially dismissed the view that the BLA presented a major threat, but now concedes that the threat is tangible.” They are well armed and well trained in guerrilla warfare,” said a senior security official. “The situation is serious.” 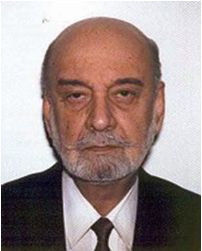 The BLA originally comprised Marri tribesmen loyal to Nawab Khair Baksh Marri, most of them veterans of the armed insurrection of the ’70s. However, members of the Bugti and Mengal tribes have lately joined its ranks. Many BLA members are drawn from the educated middle class. The present conflict in Balochistan has, for the first time, united the educated Baloch with the tribesmen. “People feel that they won’t get their rights through democratic and legal means,” said Akhtar Mengal, former chief minister and head of the Balochistan National Party.

Baloch nationalists demanding greater political rights, autonomy and control over their natural resources, have led four insurgencies — in 1948, 1958-59, 1962-63 and 1973-77 — which have been brutally suppressed by the army. Now a fifth is underway and this time the insurgents have gone a step further and are striving for seccession.

Discontent among the Baloch has been mounting over the years because of economic and political deprivation. The federal government has completely ignored the long standing demands of the nationalists to review the royalty formula on Sui gas which has remained constant since 1952. The Baloch also demanded an increase in the province’s share of the NFC award, but went unheeded on both counts. The discontent in Balochistan is perennial, a direct consequence of an over-centralised system.

Under the current constitutional arrangement and the practices that have grown around it, economic resources and political power are concentrated in the hands of the federal government. The situation in Balochistan is the worst, where even the maintenance of law and order is the responsibility of federally controlled paramilitary troops. The master-servant relationship is starker there than any other province. The return of military rule further aggravated the situation. Even the present pro-military provincial government does not have any real power. 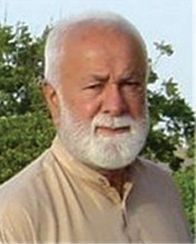 Tension started mounting after the federal government’s decision to build three new cantonments and beef up the presence of paramilitary troops. There is already a paramilitary post for every 500 people, but the law and order situation has not improved.

Despite the government’s claim of spending 120 billion rupees on mega projects in Balochistan, there has not been much of a change in the lot of the Baloch people who remain the most backward in the country. Why is it that the people are not happy despite such a massive investment in the area? There is a fear among the Baloch people that the proceeds from these projects will be siphoned off by the Punjab.

The nationalists have strong reservations about the construction of a new deep-sea port in Gwadar. They fear that the mega project, which is being developed with the help of China, would lead to a massive influx of outside workers and turn the local population into a minority. ” This is a conspiracy to control our resources and land,” said Habib Jalib, a Baloch nationalist leader. The nationalists maintain that the project has been launched without taking the province into confidence. ” There was no representative government in Balochistan during the signing of the Gwadar project,” says Senator Sanaullah Baloch. He maintains that the Baloch will not gain any substantial benefit from Gwadar or the other mega projects in the province as most jobs in federally controlled organisations will go to the Punjab and other provinces, according to the quota system.

Land grabbing by the military has also fuelled resentment. Last year, insurgents killed four Chinese nationals working on the Gwadar project. Ormara Naval base is another big project, which has come up on the Mekran coast. The nationalists complain that the development of the second largest naval installation in the country has not helped to improve the socio-economic condition of the local population. According to Senator Sanaullah Baloch, only 40 persons in a population of more than 10,000 have been able to get employment and that too on daily wages. No educational institution has been established in Ormara town and electricity functions for only a few hours a day. The Bugtis complain that they are denied jobs at the Sui gas plant.

Instead of addressing Baloch grievances politically and resolving them through negotiations, the government has resorted to greater use of force. President Musharraf threw fuel on the fire, saying: “Don’t push us. It isn’t the 1970s when you can hit and run and hide in the mountains. This time you won’t even know what hit you.” This irresponsible comment provoked a strong reaction from Baloch leaders who warned the army not to create a situation similar to the 1971 crisis that led to the disintegration of the country. “In case of military operations, the Baloch people will fight a decisive battle this time… till the last drop of their blood,” warned Sardar Ataullah Mengal.

The government often accuses the tribal chiefs of blackmail and blocking development work in the area. The charge may be true to some extent but, interestingly, the majority of such chieftains andperhaps the most retrogressive ones, have always sided with the establishment. Corruption is endemic, but again it is the establishment which is responsible for it. It frequently employs patronage and bribery to buy the loyalties of corrupt politicians and perpetuate its own control.

Pakistani intelligence agencies believe the insurgents are getting financial support and arms from Iran and India, who are not happy with the construction of the Gwadar port, which could rival Iran’s Charbahar port built by the Indians. ” It is the instigation of foreign countries that has fuelled the insurgency, ” said a security official. There may be some element of truth in the statement, but such external factors can only work in a conducive atmosphere. The growing discontent in Balochistan obviously provides fertile grounds for foreign interference. The only way to deal with the problem is to give the people the rights that have been denied to them. The use of brute force will only alienate them further. They will have no option but to fight for their genuine economic and political rights. Such a conflict in Balochistan would have deadly consequences for the country this time around, as well as far reaching implications for regional peace.