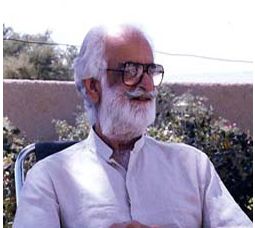 Q: There is an impression in some quarters that the Bugtis damaged the main gas supply line to the Punjab. What is your opinion?

A: The gas pipeline exploded outside Balochistan, in the Mazari area, situated in Rajanpur in the Punjab province. Scores of gas wells and installations are situated within the Bugti area and a number of pipelines run from different gas fields to the main Sui plant. To date, no explosion has ever taken place in the Bugti area. I have said before that the Bugtis consider these installations their gao matta, (holy cow) that gives them milk, so how can one destroy the very thing he draws food and sustenance from.

Q: Have you been contacted by Islamabad or the Balochistan government to seek your cooperation regarding the disruption of gas supply?

A: No, nobody contacted me.

Q: People got the impression that the explosions were related to your grievances against the government from interviews you’ve given recently.

A: I don’t know how they got this impression. I did stress that we have been deprived for long and continue to be deprived, but this was a general statement.

It has nothing to do with our grievances. We have been struggling for the past 50 years for our rights and for this purpose we have suffered hunger, hardships and imprisonment. Because of our struggle and privations we have become more hardy as a people, and we will face any eventuality to stand for our rights.

Q: Tell us about the history of the Bugti-Mazari dispute.

A: We have traditionally been friends with the Mazaris, but sometimes differences occur that lead to conflict. The sub-clans of the Mazari-Bugti tribes have been engaged in clashes for years. Some years ago, the tension subsided when the two clans sat together and settled their differences. But two sub-clans belonging to these tribes, the Keerd and the Shambani continue to be involved in a dispute.

Q: There is an impression that the Mazari tribesmen and gas companies are engaged in a dispute over jobs and the recent explosions are a result of that row.

A: I have no idea and can’t say anything in this regard.

Q: Has there been any attempt to bring about a reconciliation with the Mazaris?

A: No such move has been initiated yet. The whole of Dera Bugti agency remained without water and power for almost two weeks as power wires around 250 poles were pulled down. Nobody talks about the plight of the Bugtis, but choolas went cold for a few hours in the holy land of Punjab and the heavens shook.

The people of the Bugti area, living within a one kilometer radius of the gas plants, still burn dung cakes to cook their food. These people see that they have no power and gas and their gas is being pumped outside their province, while they are deprived. The gas companies make promises, but never implement them, so no one believes them.

Q: Who are the people behind the gas supply line explosions?

A: Perhaps the angels, as nobody has seen them.

Q: Prime Minister Jamali and Chief Minister Jam Yousaf gave certain assurances to the people of Dera Bugti, but they were not implemented?

A: This question should be put to Mr. Jamali and Jam Yousaf, because it is related to them. It is not new for the local people, as they have been receiving such assurances over the years. Agreements are made with one hand and discarded with the other.

Q: Some people say that the Bugtis extort bhatta from the gas companies, besides receiving royalty on gas.

A: Bhatta khori is not our practice, rather it is that of the people of Islamabad and Lahore. We always stood for our genuine rights and never thought of bhatta. And if it is true, then the government must have the relevant record or documents and they should be published in the press. Not a single penny has been given to the Bugtis in terms of royalty since the companies started exploration for gas. We have never demanded any royalty because we are the owners of this wealth. Moreover, it is not a question of royalty, but the main dispute is over rights. We say that gas is the national wealth of the Baloch, and for years it has been forcibly taken out for the use of others, without sharing anything with the Baloch people.