Should Pakistan recognise Israel? On the face of it, that doesn’t seem like a trick question. Israel came into existence in 1948, a year after Pakistan. It’s been there for 55 years, and it ain’t going nowhere. What point would there be in denying that reality?

Sections of the English press in Pakistan, and in parts of the Arab world have long alluded to Israel as the ‘Zionist entity,’ rather than as a Jewish state. The truth is that it is both. Like Pakistan, Israel is a state founded on a confessional basis. Its foundation involved a profound injustice: the displacement of Palestine’s original inhabitants.

Whereas the partition of India occasioned a transfer of populations — and a great deal of avoidable mayhem — the influx into Israel was chiefly one-way. No Palestinians could take the place of the Jews flying in from Europe or the United States. They were corralled, instead, into the West Bank, the Gaza Strip and Sinai, which had no independent status but were divided between Jordan and Egypt.

A comparable situation would have arisen had the subcontinent’s Muslims been herded, in 1947, into Balochistan and NWFP, and the territories been ceded to Iran and Afghanistan.

The dispossession of the Palestinians was completed in 1967. Israel has persistently defied United Nations resolutions directing it to discontinue its occupation of the West Bank and the Gaza Strip. It has for decades been known to possess weapons of mass destruction, although it has never had the courage to openly acknowledge its nuclear, chemical or biological capabilities. Arguably, no other nation in the world is equally deserving of the ‘rogue state’ tag.

For all that, it is unquestionably a state. Over the past couple of decades, most Arab states, as well as the Palestine Liberation Organisation, have formally acknowledged that Israel is there to stay.

It obviously cannot be wished away. Nor has its destruction ever been a reasonable goal.

Qualms about its genesis are a different matter. The Zionist project wasn’t by any means a novelty by the time the Second World War came to an end. But in the wake of Adolf Hitler’s so-called Final Solution, it became difficult to resist. The creation of Israel was supported not just by the Western European powers and the US, but also by the Soviet Union.

A significant number of Jews, however, had their reservations about it. To some of them it seemed much like a sequel to the Final Solution. After all, one of the early Nazi plans for European Jews involved their resettlement on the African island now known as Madagascar. That would have served Hitler’s purpose of anti-Semitic ‘ethnic cleansing.’ It would, of course, have been a crime against humanity, albeit obviously not on the scale of the extermination policy that the Nazis eventually adopted.

Arguably, in the wake of the profound cruelties, indignities and ruthlessness represented by slaughter-houses such as Belsen and Auschwitz, an ideal outcome of the defeat of Nazism would have been a continent on which Jews could coexist with fellow Europeans without any fear of persecution or discrimination. Instead, they were encouraged to emigrate. Not many of them appear to have noticed the irony that their new homeland was being carved out via a process that echoed Nazi tendencies.

Curiously, the immediate postwar period witnessed a resurgence of anti-Semitism. It was evident, for example, in Josef Stalin’s purges — representing, somewhat bizarrely, a resurgence of tsarist-era tendencies whereby, among other things, Bolshevism had been condemned as a Jewish plot. In the US, meanwhile, amid mounting Cold War hysteria, it wasn’t uncommon for epithets such as ‘commies, niggers and kikes’ to be flung indiscriminately at left-wing and liberal Americans, and some extremists spoke openly of ‘completing Hitler’s work.’ At the time, Americans with a progressive bent looked upon Israel as a beacon of hope and as a putative socialist paradise; little or no effort was made to reflect upon what the institution of the Promised Land meant for the people of Palestine. 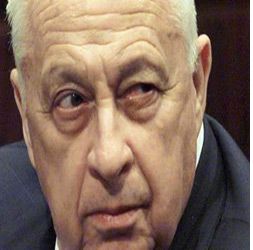 In the ensuing half-century, perceptions have altered somewhat. The two intifadas have played a bigger role in this than did the wars of 1967 or 1973. It has become increasingly difficult to see Israel as anything other than a militarised, fascist state, propelled along this path by the massive amounts of military assistance doled out by the US since the mid-1960s. The symbiotic relationship between the two states has developed to such an extent that it’s no longer easy to figure out which of them exercises more influence on the other.

Although pro-Israeli lobbies have long been pulling strings on Capitol Hill and some commentators from opposite ends of the political spectrum refer to the US Congress, with some justification, as Israeli-occupied territory, since the advent of the second Bush administration, positions of considerable influence in Washington have been taken over by staunch Likudites — among them Paul Wolfowitz and Douglas Feith at the Pentagon, the Defence Policy Board’s Richard Perle, and the National Security Council’s Elliott Abrams. These are the men who play a leading role in shaping the neoconservative agenda, and 9/11 enabled them surreptitiously to synchronise the US and Israel’s Middle East policies. For instance, crucial parts of the intelligence relied upon by George W. Bush to justify the invasion of Iraq appear to have come not from the CIA and other traditional sources but from a special Pentagon cell, the Office of Special Plans, created by Wolfowitz and Feith and headed by Abram Shulsky.

The conquest of Iraq had precious little to do with Saddam Hussein’s apparently non-existent weapons of mass destruction or his tyrannical conduct towards Shias and Kurds. Control of the region’s resources was a crucial motivating factor, but equally vital was Israel’s perception of Iraq under Saddam as a long-term threat — as well as its view that Baghdad had never been sufficiently punished for having had the temerity to lob Scud missiles in Israel’s direction during the 1991 Gulf war. The US administration’s doctrine of pre-emptive war perfectly suits Israel’s purposes — and no one should doubt the ability of Ariel Sharon’s government to propel the US towards invoking that doctrine more or less at will.

This is a significant role reversal from the time when Israel was seen as an instrument of US foreign policy. The Likudite-neocon combine constitutes an axis of evil if ever there was one, and poses a far more formidable threat to the world than any band of terrorists. 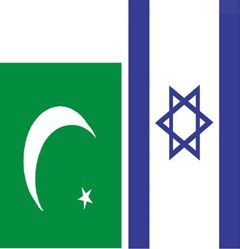 Does all this have anything to do with Pakistan? Yes it does. Israel couldn’t have been too thrilled with Pakistan’s emergence as the first Muslim nuclear power. It must have realised that it faced no direct threat from Pakistani weapons, but its perception could change in the event of power passing to a coterie that does not enjoy the sort of trust General Pervez Musharraf has succeeded in cultivating in Washington. Also, for at least a decade, Israeli cooperation with India, particularly in the military sphere, has steadily been increasing.

Israeli sources have suggested that their nation would evolve a more even-handed approach in the event of Pakistan’s formal recognition of Israel. The Palestinian side, meanwhile, has raised no objection over the prospect of diplomatic relations, saying that it would remain confident of continued support from Islamabad. The PLO accepted Israel’s existence long ago and, although not all Arab states have followed suit, Musharraf has pointed out that there’s little cachet in being ‘more Palestinian than the Palestinians.’

It isn’t easy to argue with that (although that hasn’t stopped MMA stalwarts from vociferously doing so). Besides, it’s hardly likely that anyone in the Sharon administration has been spending sleepless nights worrying about recognition from Islamabad. The truth is that Pakistan has hitherto played largely an insignificant role in Arab-Israeli affairs, and its influence is unlikely to increase substantially in the event of diplomatic relations with Israel. Perhaps Pakistan’s most notable intervention in the region was when a military contingent under the command of a certain Major Zia-ul-Haq was deployed in Jordan in 1970 to help King Hussein quell a Palestinian uprising. Under American instructions, Israel was playing a similar role, and was instrumental in keeping the Syrians from coming to the aid of the Palestinians.

In the event, it is not particularly surprising that the recognition balloon was initially floated during Zia’s tenure as dictator. Since then it has occasionally been aired, possibly as a consequence of goading from Washington. Ever since Pakistan decided, under Liaquat Ali Khan, to jump into the American camp during the Cold War, it has never been inclined to pursue a foreign policy that could be construed as anti-American. There was a whiff of independence, though, during Zulfikar Ali Bhutto’s tenure: he cultivated a modus vivendi of sorts with India, paid two visits to the Soviet Union, was the last foreign leader to hold talks with Mao Zedong, and was on friendly terms with conservative as well as radical Arab heads of state during the oil embargo of the 1970s. He paid for it with his life.

None of the foregoing is intended to suggest that Pakistan should continue refusing to recognise Israel. It should not be done, however, for the wrong reasons: pressure from Musharraf’s friends in Washington, or the impression that the ‘road map’ (a concept for which our General has a soft spot, even though his own cartographic efforts have not resulted in a dispensation that could, by any stretch of the imagination, be considered democratic) will lead to a viable and sovereign Palestinian state. Nor should fear of Israel, or its links with India, serve as a determining factor.

Pakistan should recognise Israel simply because the latter’s status as a state cannot coherently be disputed. It exists, and it’s not going to disappear. Recognition needn’t be a value-laden decision: it needn’t — in fact, it mustn’t — imply that Pakistan supports any of Israel’s policies. Continuing non-recognition would only make sense in the context of an international campaign of ostracisation, of the sort that made South Africa’s leaders come to their senses. That’s virtually inconceivable.

Musharraf and members of the Jamali administration have indicated that a national consensus would be a precondition to recognition. They are unlikely to obtain that, even though certain opinion polls, for whatever they’re worth, suggest that a bare majority of Pakistanis wouldn’t be averse to diplomatic ties with Israel. Musharraf would, of course, be able to supply a better quality of leadership on this issue (and others) were his legitimacy as head of state not in doubt. In the existing circumstances, however, chances of his will prevailing are fairly small.

In other words, Pakistan ought, notwithstanding Israel’s obvious shortcomings as a credible and responsible nation, recognise the Jewish state. Its very existence suffices as a condition; its policies are clearly an area of deep apprehension, but those concerns cannot be addressed in the context of non-recognition. However, given the national mood, it is unlikely that formal relations will be established in a hurry. That may not be a sign of robust intellectual health nationally. But it won’t be a castastrophe either.