When Indian media mogul Subhash Chandra announced plans of launching the breakaway Indian Cricket League (ICL), cricket officials on this side of the border had no idea that the announcement would snowball into yet another headache for them.

In July this year, Pakistan Cricket Board (PCB) chief Nasim Ashraf rejected the ICL as a non-starter and announced that any of his players joining the League would never play for Pakistan again. Perhaps he thought that many of his ‘well-paid’ top stars would be tempted by lucrative offers made by the League’s chief recruiting officer Kapil Dev, a former Indian captain.

Perhaps he was unaware of the sort of money the ICL was throwing around. Unconfirmed reports suggest that Pakistani players have been offered up to Rs. 120 million for three seasons (roughly a total of three months of cricket spread over a three-year period).

Just weeks after Ashraf’s warning, the ICL organisers announced that they had roped in four Pakistani Test cricketers including their top performer in recent years, Mohammad Yousuf, and former captain Inzamam-ul-Haq. Experienced all-rounder, Abdul Razzaq, and discarded Test opener, Imran Farhat, were the other two players opting to sign up with the ICL for contracts worth millions of rupees. The PCB officials are so incensed at their players’ dalliance with the rebel competition that their future with the Pakistan team is in real danger. 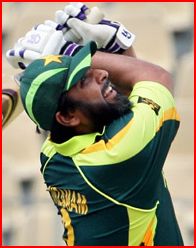 Several other Pakistani stars, including pace star Shoaib Akhtar and Shahid Afridi, however, claim to have rejected the offer and decided to stay available for national duty.

Elsewhere in the world, the ICL got a lukewarm response from top professional cricketers as none of the current stars opted to join it. That leaves Yousuf as the League’s biggest catch to date, if you count the likes of former West Indian captain Brian Lara among the has-beens.

Since the day Chandra, the ambitious Essel Group head, unveiled his ICL plans, the venture has raised the million-dollar question: is this the beginning of a Kerry Packer World Series Cricket (WSC)-style breakaway body?

Chandra has been insisting all along that he will never pull a Kerry Packer, but leading cricket administrators like the International Cricket Council (ICC), the Board of Control for Cricket in India (BCCI) and the PCB are deeply suspicious of his plans — and not without reason. The ICL may well become another WSC if Chandra’s gambit works. 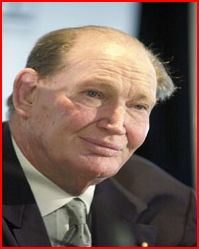 The officialdom of world cricket is insecure — and is not even hiding it. The ICC has refused to recognise the League, while the cricket boards of India, Pakistan and Sri Lanka have threatened to ban any player joining the ICL. Even the New Zealand cricket board has announced that it will not release any of its contracted players to play in the ICL, signalling a hardline stand on the rebel League.

But Chandra and company are not intimidated and are willing to go ahead with the Rs. 100-crore venture which some critics have rejected as mere ‘Mickey-Mouse cricket.’

The ICL has drawn comparisons with the WSC that was organised by Aussie media mogul Kerry Packer for his television network, Channel Nine, in the late 1970s and had a worldwide impact on the game.

However, most critics believe the ICL is no match to the WSC, which turned the cricket world upside down in the late 1970s.

Almost three decades later, Chandra has come out with a similar idea. His ICL was launched in May and plans are to stage its inaugural tournament in October-November with a mix of foreign and domestic cricketers. So far the ICL has signed up over 50 players, both from India and elsewhere, including the aforementioned Yousuf, Inzamam and Lara, and Indian batsman Dinesh Mongia.

Cynics believe there is a fundamental flaw with the ICL concept. They argue that cricket is a sport with dominant affiliations for national teams, not club teams. The key driver of cricket’s popularity is international tournaments essentially ensuring the best cricketers in the world spend most of the year playing cricket for their countries.

They point out that the city teams that ICL will create go against this fundamental premise and this could be the defining reason why ICL may not be successful.

However, critics welcoming the ICL believe that it is a phenomenon waiting to happen. They point out that the ICL is rapidly gaining support and acceptance from within the cricketing fraternity.

They label the BCCI bosses as control-freaks and say that the Board is all about power, politics and cartels. They claim that the ICL is the ‘inevitable response’ to this vicious cycle.

Embroiled in controversy, ICL organisers are busy overcoming some teething problems ahead of the opening season, just weeks away. The ICL has started the coaching of its players at a privately owned stadium in the South Indian city of Chennai. The stadium which is about 15 kilometres from Chennai and en route to Pondicherry, is spread over 18 acres and houses an entertainment complex, besides three turf wickets.

In Pakistan, meanwhile, PCB officials are making efforts to dissuade Yousuf, their batting mainstay, from joining the League and are even considering the option of offering him ‘compensation’ if he stays committed to national duty.

“The ICL offer is nothing when compared to what Pakistan has in store for Yousuf,” says PCB chief Nasim Ashraf. Whether Yousuf, snubbed by national selectors while picking Pakistan’s 15-man squad for the Twenty20 World Cup in South Africa, is willing to listen is another question