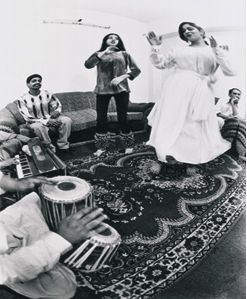 In one square mile of space in the heart of greater Lahore nestles a microcosm of history — and of the human condition. Here the past is chronicled in endless labyrinthine lanes, lodged in each brick of an awesome architectural heritage, and springs to life in the daily son et lumiere that makes up existence within its confines.

Once a jewel in the crown of the Mughal kings, of the Sikhs who wrested control of it, and subsequently of empire — the British colonisers — Lahore’s Walled City is a testament to intrigue, power, pageantry, passion and pathos. Ultimately, it is a testament to life itself.

Liberate the senses and partake of the feast of sight, sound and sensation…

As the first light of dawn filters down, it awakens, as if in slow motion, a sleeping giant. One by one, the denizens of the city begin their day: milkmen venture forth on their delivery route; tea shops and nashtaghars announce with the clanging of shutters being pulled up, the start of business; street cleaners launch another pitched battle against mountains of refuse; urchins ready for a new day on the streets. By noon, it is business in earnest.

As dusk gives way to night, a full moon creates a dance of light and shadows on the decorative tasselation, arabesque traceries and mosaic pattern-work that adorn a myriad structures of the old city. Courtesans play hide and seek behind ornamental jharokas, and as one set of traders turns in, another prepares for business as old as time.

One can almost hear the clip clop of hooves as horses ridden by courtiers negotiate their way through the narrow cobbled streets — ‘koocha chiri maran’ (the sparrow killers lane), ‘mohallah patrangan’ (the dyers square), or ‘koocha chabuk sawaran’ (the saddle-makers street). The businesses are long gone, but the streets retain their character, and the names remain. 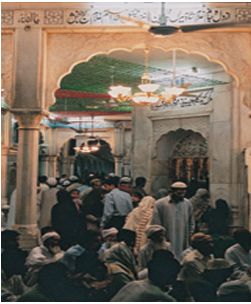 So too, in large part, do the dynamics. Almost 400 years ago, visiting Spanish monk Fra Sebastian Manrique wrote, “despite the large gateways [moving in the city] is a very difficult undertaking on account of the number of people who fill the streets.” He noted “There are a great many shops, or more properly speaking, kitchens in which are sold meats of various kinds…”

The words have resonance four centuries later. Since ‘the number of people’ inhabiting the Walled City has swelled from 20,000 in Manrique’s time to almost 300,000 today, movement within is proportionately more arduous, and kitchens selling meat abound. Just ask anyone who has sampled the famous carnivore delight, ‘Phajja’s siri paya.’ Or ventured down Lahore’s ‘food street’ and been treated to some fresh-water fish.

The aroma of roasted water chestnuts, fresh roses, and the smoke from tandoors and chimneys on a cold winter night has wafted through the centuries. And time has not dimmed the vibrant hues of patangs being prepared for basant in shops that dot the city, or the green-blue of the original tiles of Mughal buildings which have withstood the ravages of time. 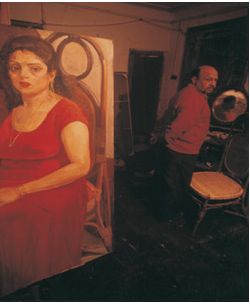 But some things have changed. As stately old buildings crumble, they are replaced by nightmarish multi-storey structures in concrete and steel. The plaintive voice of the muezzin giving the call for prayer from the Badshahi Masjid or the Wazir Khan mosque is now accompanied by a cacophony of azaans emanating from a hundred loudspeakers. The voice of the people and the cries of vendors are drowned by the sounds of modern industry. The air that was once fouled only by the dung of horses and buffaloes, now reeks of acrid, toxic fumes emitted by vehicles of all descriptions and waste everywhere. And stymying the magnificent view from the rootops of havelis, is a tangled web of electric wires and a plethora of satellite dishes.

Welcome to the 21st century.

Changed also, almost beyond recognition, is what was once the Walled City’s most captivating feature: its legendary flesh bazaar. Although not a centre of tehzeeb and tameez like Lucknow and Murshidabad, Lahore’s ‘diamond market’ nevertheless had its own lustre. Fabled for their beauty, the women from the bazaar not merely serviced members of the royalty and gentry through the centuries, but also imparted to their heir apparents an education in culture and graciousness. Their wares were a package of performing arts and lessons in aesthetics and social niceties. In the ranks of the kanjar khandaans — the musicians — were scores of maestros, and many of the hereditary gharanas spawned singers who went on to find nation-wide acclaim.

“No province of India out-vies [Lahore] for pleasure and trade” wrote St. Thomas Herbert in 1595. Through the centuries, the city and its legendary mart made good that promise, surviving wars (the Sikh conquest and ransacking of Lahore), obscurantism (Emperor Aurangzeb and Zia-ul-Haq), and, until recently, the corruption of the ‘custodians of law and order.’ Finally, the price exacted by the latter to turn a blind eye, became too heavy for most to pay.

The dwellings of the courtesans, once lavishly decorated suites in the royal quarters, Shahi Mohallah, the Park Lane of Lahore, have been subdivided and reduced to poky little rooms, where prostitutes from across the country — many of them runaways or young girls sold into the trade — conduct business.

The descendants of the original courtesans (this was a hereditary profession) have long fled — scattered in different localities of Lahore, Karachi, even the UAE. Like them the kanjars who proudly wore their family trees on their sleeves, are all gone. The diaspora is complete.

Perhaps no one quite captures the new face of the bazaar better than one of its most passionate residents: artist Iqbal Hussain. The son of a courtesan, Hussain gained an education in art, resolutely refused to move out of the area, and has dedicated himself to chronicling on canvas life in the bazaar today. The eyes of the women he paints become mirrors of our time.