The Elgin Marbles are the subject of notorious dispute. A collection of classical Greek sculptures, mostly carved by Phidias and his assistants, was removed from the Parthenon by the British ambassador to the Ottoman Empire, Lord Elgin, at the turn of the 19th Century, allegedly for the purposes of preservation. The friezes and statuary are now displayed at the British Museum as the property of the British Government, but the legitimacy of their removal is disputed by Greek lobbies, who demand their return to their original environment.

The movement of art and antiquities tell fascinating stories. Provenance — the study of the chronology of ownership of a work of art or antiquity — is a tool for auctioneers, dealers and other stakeholders to demonstrate authenticity and rightful ownership. But the journey a work of art takes from one set of hands to another, or from one land to another, tells stories of colonialism: of the changing demographics of wealth and fluctuations in political stability.

The looting of the Iraq National Museum, that has likely dispersed its collection of Mesopotamian artifacts around the world, tells us about modern American expansionism and its discontents. The concentration of Mughal artifacts in British museums tells stories of the British empire. 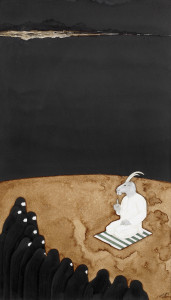 A billion-dollar hoard of 20th century masterpieces recently discovered in a Munich apartment, tells stories of the Second World War — the aesthetic purge by the Nazis of non-representational art and the persecution of wealthy Jewish art collectors and dealers.

It tells deeper stories, too, in the study of who collected what kind of work and why. Now, if their provenance dictates otherwise, this collection of works will disperse. The most valuable piece amongst them — a seated woman by Matisse valued at $US 6 to $US 8 million — was allegedly stolen from Paul Rosenberg, the friend and dealer for Matisse, Picasso and Braque amongst others, who left it in a bank vault in a small town near Bordeaux in 1940 after he fled to America. His heir is Anne Sinclair, a political commentator, who was born in America but returned to France at a young age and found success there. In this alone, there are stories of war and racism and political stability and changing fortunes.

A sizable body of modern art has moved and still trades hands in the Geneva Freeport, a Swiss warehouse where art can be held securely and transactions are tax-free. That it is here, tells us about what it means for many to buy art in the modern age and its value as an investment. 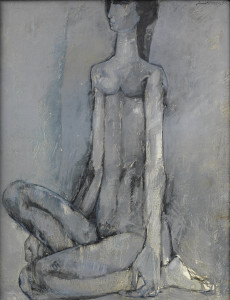 So, how much Pakistani art leaves Pakistan? Where does it go? And why? A small but valuable collection of Pakistani artwork was collected at Bonhams in London last week for a Middle Eastern and South Asian art sale. Pakistani art gathers at Christies and at Sotheby’s a couple of times a year. Some of it transits before changing hands. Some of it returns to its owners. That it comes here at all says a lot about the legitimacy that dictates the value of Pakistani art and where the money that buys Pakistani art comes from. The majority of the artworks at the Bonhams sale were by the masters of Pakistani art — Gulgee, Sadequain, Jamil Naqsh and Bashir Mirza — and sold for between £4,000 and £60,000. The vast majority of that work came from private collections outside Pakistan. There were three contemporary works — two by Waseem Ahmed, which sold for £2,500 each, and one by Adeela Suleman which failed to make its reserve.

Tracking the movement of Pakistani art — by the demographics of the buyers, sellers and artists — would tell us interesting stories about ourselves and our relationship with art and Pakistan. In that mapped network of movement and relationships, the hubs (meaning the highly trafficked points of transit) would likely include the major galleries in Pakistan, the major auction houses in London and particular dealers selling Pakistani work outside the country. Trends would likely show more valuable contemporary work being produced and sold outside Pakistan, and more work by our masters moving outside Pakistan. How these trends correspond with fluctuating political stability, with global financial fortunes and the flight of foreign currency from Pakistan could provide rich insight. 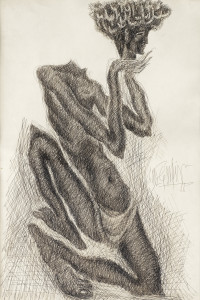 here is a related question. Beyond providing educational insight, does it matter? Yes, because in these bodies of work lie opportunities to understand ourselves better. Without decent, permanent, public collections of art and antiquities in Pakistan, the exodus of major works from Pakistan is the flight of culture and the flight of history. Some of the best work that has remained in Pakistan (albeit in private collections) may appear in public — and has, at recent glorious shows such as The Rising Tide at the Mohatta Palace in 2010/11.

The demand by Greece for the return of the Elgin Marbles — even their common name is so loaded with the history of their journey — is a rejection of past hegemonies and a reassertion of Greek authority over its cultural heritage. Heed the stories in the journeys our art takes. Do we endorse their conclusions? If not, it’s time to change them.

This article was originally published in Newsline’s May 2014 issue.