No End in Sight

Only depressing news emerges from South Waziristan these days. In fact, it has been this…

It was a scene from hell. A line of bullet-ridden bodies strung from electric poles……

We have sunk to the most brutal depths of depravity defying all norms of humanity.…

For an issue that only a few years ago evoked more international yawns than interest,…

Death in the Mines

Deep in the bowels of the Balochistan coal mines, thousands of coal miners toil under…

Since its inception, art exhibitions at Amin Gulgee’s Gallery have been few and far between,…

For those who traversed the roads of Sindh province during the 1980s and ’90s, the…

It was a scene from hell. A line of bullet-ridden bodies strung from electric poles… a severed head with currency notes shoved into the mouth rolling on the ground… a dead dog thrown on the mutilated bodies in a crowded bazaar. “This is the fate of criminals and of those who disobey God,” thundered a long-bearded mullah as he hit one of the bodies with the butt of his rifle.

These gruesome scenes were recorded on a videotape depicting the public executions carried out by the local Taliban in Miramshah in North Waziristan earlier this year. The militants, who fashion themselves on the legacy of the ousted Taliban regime in Afghanistan, killed some two dozen alleged criminals and left their bodies hanging for days in the centre of the town. The corpses were later tied to vehicles and dragged through the streets in a savage show of medieval barbarism.

“The action was applauded by tribesmen with shouts of “Allah ho Akbar,” said Rahim Gul who witnessed the incident. Other brutal events were filmed by the militants to project their “cause” and the video is now being widely circulated as part of their propaganda campaign.

Miramshah is virtually under the control of the local Taliban who have enforced a harsh system of justice, according to their own interpretation of Islamic Shariah. Led by Sadiq Noor, a firebrand local cleric, and Maulvi Abdul Khaliq, the militants, mostly students from the local madrassah, have tried to emulate the former Taliban rule in Afghanistan. The tribal areas look like southern Afghanistan during the 1996-2001 rule of the fundamentalist Taliban regime.

Although North Waziristan has for a long time been the main base for Al-Qaeda backed militants and a stronghold of religious extremists, the first signs of Taliban-like rule started to emerge in December 2005. The militants gained popularity by pretending to fight crime. They created an environment of fear when they executed so-called “bandits” and left the bodies hanging in the open, sending out a message of terror in the area. “There was a complete reign of terror,” said Gul, who like scores of residents has taken refuge in Bannu, some 30 miles from Miramshah. “No one can dare to challenge them.”

Meanwhile, Pakistani military and civil authorities looked the other way and did nothing to stop the militants from carrying out public executions and dispensing their brutal brand of punishment to those who defied them. “Their actions had popular support,” says Syed Zaheer-ul-Islam, the political agent in North Waziristan, when questioned on the government’s ostrich-act on the local Taliban’s rule of terror. The administration was under clear instructions not to impede the movements of the local Taliban who remained unchecked and continued to consolidate their position in the area. 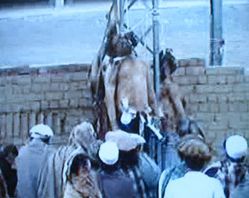 This strategy, say local observers, was meant to keep the Pakistani Taliban happy by conceding more and more administrative control to them — no matter what the cost. The government allowed the “Taliban” to do pretty much what they wanted. This short-sighted policy of appeasement encouraged the militants to extend their influence and reign of terror over a large swathe of the tribal region.

Having ignored the mayhem wreaked by the local Taliban for months, the troops finally reacted when militants, armed with heavy machine guns and rocket launchers, seized key government buildings, including the telephone exchange in Miramshah and attacked paramilitary posts, killing several government soldiers in the first week of March. Khaliq’s madrassah, known as Gulshan-e-Ilm, was the base from where the militants launched their attacks on the troops. The incident triggered the fiercest clashes yet between the militants and the government forces with the besieged troops retaliating by using heavy machine guns and artillery.

Backed by helicopter gunships and jet fighters, the government forces bombed the militant stronghold, killing hundreds of Taliban fighters. But the military operation failed to weaken the Taliban’s control who, for the moment, have made a tactical retreat. However, many fear that the worst is still to come. Both Sadiq Noor and Abdul Khaliq, the clerics who led the local Taliban, are still at large.

Pakistan’s tribal region, along its border with Afghanistan, has historically been autonomous and governed by its own laws. However, this system fell apart after Pakistan sent in thousands of troops in 2003 to drive out the Al-Qaeda and their local supporters. Since Pakistani laws are not applicable, the vacuum has been filled by well organised Islamic militants. The three-year long military campaign has not only failed to eliminate foreign militants, but has, in fact, strengthened the local Taliban. Scores of tribal maliks have been killed by the militants for collaborating with the Pakistani military. While political parties are banned from operating in the tribal areas, the mullahs have been given license to expand their influence through any means.

The Pakistani forces are now confronting not only the foreign fighters, but also the homegrown Taliban in the strategically located tribal region that has become a hotbed of terrorism. Pakistani officials, who in the past tried to draw a line between local Islamic militants and foreigners, now concede that there is a close nexus between the two. The emerging local Taliban are well organised and heavily armed, while many of their leaders are battle-hardened members of Afghanistan’s erstwhile Taliban militia. According to a senior official, the Taliban have also been joined by criminal elements. 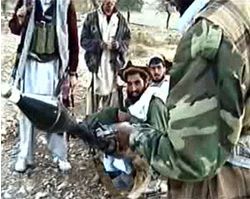 In Wana, the main town of strife-torn South Waziristan, the Taliban have set up offices which are used for recruitment as well as for administering justice. They issue orders on loudspeakers at local mosques and defiance of any kind is not tolerated. On March 26, the Taliban executed a 25-year-old man for killing a taxi driver after an Islamic court found him guilty. Hayat Gul, who was said to be involved in several crimes, was shot dead after the family of the deceased refused to forgive him.

The situation has become more worrying as the Taliban influence has spilled over to the settled areas. In many parts of the province, the militants have forcibly closed down video and audio shops, as well as internet cafes, declaring them un-Islamic. In Wana, the militants blew up the local radio station after it ignored repeated warnings to stop music programmes.

In Tank, the Taliban have ordered barbers not to shave beards, people are prohibited to play music, even at weddings, and the traditional fairs, which provided some form of entertainment to the public, have been banned. In Dera Ismail Khan, the Taliban are reported to have forcibly stopped people from organising their spring fair and instead asked them to hold a religious conference. “We will use other methods if you don’t heed our warning, “declared the Taliban.

In Swat district, some pro-Taliban clerics set television sets on fire. In Peshawar, clerics have threatened to take action against those cable operators who show western television channels and FM radio transmitters set up in mosques are used to propagate their own radical version of Islam. The zealots, in many cases, appear to have the backing of a section of the MMA government, while in some areas the militants have reduced the local police to a powerless and virtually ineffective entity.

The emergence of the local Taliban movement is ominous as Pakistan battles to drive out Al-Qaeda fighters. It also indicates the government’s failure to establish the writ of the state in the sensitive border region. While launching its military campaign, the government has done little to address the social and economic problems plaguing the lawless territory. There has been no effort to improve law and order and provide security to the people. It is apparent that the situation in Waziristan has spun out of control and there is a clear and present danger of disastrous long-term political consequences.

It will become increasingly difficult to contain Islamic militancy in other parts of the country if the rising Taliban movement in the tribal areas and the NWFP is not curbed. Even more dangerous is the Afghan war spilling over to Pakistan. If the tribal areas fall into Taliban control, this will have a direct effect on the Afghan war and boost the Afghan Taliban insurgency.