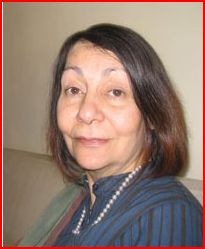 Sara Suleri Goodyear, now a professor of English at Yale University, has lived in the United States since 1976, but she retains a very strong consciousness of her Pakistani identity. The links drawing her back to Pakistan, which she is visiting this winter, have been kept alive by the process of reclamation and memory, central to her work. “If I hadn’t kept writing,” she says, “it would’ve been harder and harder to come back.” Her creative memoirs, Meatless Days (1989) and Boys Will Be Boys (2003), which are remarkable for the elegance and quality of her prose, encapsulate a myriad of characters, incidents and images to commemorate the lives of those she has loved and lost. Her academic work, The Rhetoric of English India, broke new ground in post-colonial studies. Recently, she has co-translated a selection of Ghalib’s verse into English, which will be published by Oxford University Press soon. “From next year, I am going to be working half time at Yale, which means I hope very much to be able to come back to Pakistan to do some work in education here,” she informs me.

She speaks for a while about the Ghalib translations which she and her friend Azra Raza, an oncologist in New York, decided to undertake because they shared an admiration for the poet. “We felt that Engish translations of Ghalib have not really done full justice to him,” she maintains. “Also, we see a younger, Urdu-speaking generation, who do not have a clue of their literary heritage. One of our purposes in writing this text is that they can get some sense of what that heritage may be.”

Azra Raza and Sara Suleri both lead such busy, disparate lives that they had to carve out the time to meet and work together for long, concentrated hours. Suleri told me that for each selected ghazal, they have written an introduction, a literal translation and a tashreeh (interpretation). She believes that “you can never do justice to Ghalib in a literal translation but you could give some kind of understanding of his vitality, depth and nuances in the tashreeh” — and this is where they “put most of their energy.” They also “decided that the best attitude was to be non-pedantic.” So “instead of saying this is the authoritative interpretation,” they “laid open the verse to several permutations, so you could take it from a secular, divine or comedic aspect.” Azra Raza and Sara Suleri have translated all the verses as couplets, but did not attempt to recreate the radeef kaafea because it is difficult to maintain, though they do discuss it in their interpretations.

The founding editor of The Yale Journal of Criticism, Suleri speaks warmly of poet Agha Shahid Ali and critic Aijaz Ahmed, who have also done translations of Urdu poetry and introduced American poets such as Adrienne Rich and W.S. Merwin to the discipline of the ghazal as a poetic form. The late Agha Shahid Ali also encouraged his college students in America to write ghazals and published an anthology, Ravishing DisUnities: Real Ghazals in English. Suleri wrote the introduction to it and the contributors included Ali’s students, as well as mainstream American poets.

At Yale, Suleri will be teaching a new course, ‘Images of the Orient from Romantics to Urdu poetry.’ She will start with Wordsworth, Byron and Shelley because their work is replete with images of the Saracens, the Orient and the other. She will then move on to the Urdu poetry of Mir, Ghalib, Iqbal and Faiz. She laments that a semester is so short that she won’t be able to include Anees. Instead, she will make the jump to contemporary writers such as Fahmida Riaz and Kishwar Naheed. She believes it will be a great eye-opener for her American students to read Urdu feminist writings and to discover that “there are Muslim women who actually write about these things.” Of course, much will depend on the availability of good bilingual texts.

Suleri’s awareness of bilingualism runs through both her memoirs but she feels that today, practically everyone is bilingual in Pakistan. Very rarely has she heard anyone speak Urdu without interjecting an English word — even people on television use terms such as ‘Aap kay rights.’ However, as a teenager she made a conscious effort with Urdu. Her father Z.A. Suleri was a well-known English language journalist; her mother was Welsh. Inevitably, English was the dominant language at home. When she was six, her family moved to Britain for four years. She returned to Pakistan at 11, without being able to speak a word of Urdu. “When you are a pubescent child, other girls can be very cruel,” she remarks. She found herself ‘the laughing stock’ because she was still struggling with ‘Alif, Bey, Pey,’ which was very humiliating. To prove herself, instead of opting for ‘easy Urdu’ as English medium students usually do, she took the more demanding Urdu ‘O’ Levels. The love of Urdu poetry has stayed with her, to the extent that now, looking back on her first book Meatless Days, she says, “In retrospect, in terms of its form, the ghazal played a great part in Meatless Days in some ways because each chapter can stand apart from the whole, as does a verse.”

Meatless Days describes Suleri’s Lahore childhood and her family life, in particular the memories of her elder sister Iffat and their mother, both victims of hit-and-run accidents. The memoir, written some 20 years after the traumatic family tragedy, was constructed as a novel, with a series of interlocking chapters, divided according to metaphor. The book came about shortly after she had joined the faculty at Yale and was given the customary year off to develop her prize-winning dissertation into a book. When people asked, “What are you writing?” she would say, “The story of my life,” which caused them “to almost faint” from shock. She says, “Initially, I don’t think I could have done it without the support of my friends who were absolutely there for me and thought it was a very brave thing to do.”

In both her creative memoirs, Suleri quietly welds the history, politics and culture of Pakistan alongside anecdotes of family life. Her second memoir, Boys Will Be Boys, is dominated by the full-blooded personality of her father. He had always said that this would be the title of his autobiography. She felt it her duty to write the book as an elegy to him soon after he died. The sparse prose is more informal, more confident than in Meatless Days and each chapter is preceded and defined by an Urdu couplet or phrase. Suleri has also woven in glimpses of life in Maine with her American husband, Austin Goodyear. They were married for 15 years and he died shortly after the book was published. In a chapter which moves with ease between Lahore and Vermont, she describes her trip along with Austin to Kipling’s Vermont house where she had been invited to lecture. There, in her husband’s company, she recalls with irony, Kipling’s famous words, ‘Oh East is East and West is West and never the twain shall meet.’

Kipling is among the writers she details in her critical work, The Rhetoric of English India, which explores the images of the subcontinent created by words, rhetoric and writing across two centuries from Edmund Burke and Fanny Parkes to E.M. Forster, V.S. Naipaul and Salman Rushdie. “The subject has always engaged me,” she says, “but there has been too much written about the coloniser and the colonised and I wished to talk about the anxiety of The Empire, so that the notion that the coloniser was absolutely strong and safe and in command of his power was a total myth. I wanted to point out the coloniser’s fears. I found ample examples of that. I thought Naipaul and Rushdie were important in that Naipaul is a rather troubled colonial remnant. His early works, such as The House of Mr Biswas, are so funny and so loving about Trinidad, but the works that came later are so grim. The writing gets better but the narration becomes so self-punishing that you have to wonder why. I wrote about Rushdie’s Shame because I thought it was one of his worst books.”

We speak for a while about colonial women’s writings and the Englishwoman’s perception of The Empire, which Suleri has explored in Rhetoric largely through the writings of Fanny Parkes. She points out that whereas Burke, Hastings and other male colonisers expounded theories and wrote copious reports, the female coloniser was consigned to record “the picturesque” through her diaries or her sketches of nature, natives and landscapes. She says, “When we look back as cultural historians or anthropologists, we ask which is more valuable? The report or the diary? Sometimes the diary carries far more information than a bureaucratic report. She also makes the pertinent comment that the writings of Fanny Parkes, illustrated by herself, were tales of where she went and who she met, but they did not have to be censored because in the patriarchal eyes of The Empire, she was but a woman!

During her Karachi visit, she also gave a reading at The Second Floor, which was followed by a lively question-and-answer session in which she said that English was the first language of those brought up in English-medium schools. They should not feel guilty about using the language for creative purposes but they must find a way of saying that English is one of the many vernaculars that exist in Pakistan.