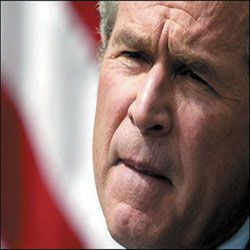 Four months after President George W. Bush announced the end of major combat in Iraq, the level of American as well as the British military casualties in post-conquest Iraq has passed the numbers killed during the first phase of the conflict. At the same time, Iraqis have access to far less electricity, water and medical facilities than they did before the war. And even those who welcomed the unusual mode of regime change mostly admit nowadays that, notwithstanding the penalties against intellectual freedom, they felt considerably more secure under Saddam Hussein.

They don’t, by any means, want Saddam back. But the arbitrary and in many ways, ineffective US military occupation, does not strike them as an acceptable — or necessary — alternative.

Sergio Vieira de Mello, the outstanding diplomat killed last month in an apparent suicide attack on the United Nations headquarters in Baghdad, was well aware that although security is a leading concern, what Iraqis desire — and require — most of all, is sovereignty. He helped to set up the governing council earlier this year with the aim of promoting a progressive transfer of power to Iraqis, culminating in elections scheduled for next year — and, de Mello hoped, an American exit.

The bombing of the UN building and, 10 days later, the atrocity outside Hazrat Ali’s (RA) mosque in Najaf, in which scores of people died, underscored the inability of the occupying forces to protect civilians against terrorism. The daily attacks on US troops also point towards the dreaded F-word: failure. And the steady rise in similar incidents involving British soldiers in Basra suggest that, much as they hated Saddam, Shias in southern Iraq are increasingly fed up with the foreign presence on their soil.

This is not, by any means, an extraordinary turn of events. The resistance wasn’t hard to foresee, and was widely predicted. The determined warmongers in Washington and London chose, however, to ignore these predictions. After all, they had far more important things to do — such as convincing themselves, perhaps, that fatally flawed intelligence about Saddam’s weapons of mass destruction was more or less the gospel truth. But if they really believed all the lies they were propagating about the imminent threat from Iraq’s WMDs, is it not a trifle suspicious that not one leading member of the US or British administrations has expressed the slightest surprise that a thorough search has thus far unearthed no telltale signs of fissile material, let alone deadly biological or chemical agents?

The first excuse thought up to explain the absence of incriminating evidence was that Saddam must have destroyed or concealed it in the days before the US, abetted by Britain (which had plenty of experience in colonising the region), and Australia, ignoring world opinion and in contravention of international law, went ahead with the invasion. This fiction could not be sustained for long: even if Saddam’s men had been smart enough to evade the eagle eyes of American satellites, they could not conceivably, at such short notice, have obliterated all traces of the sort of weapons they were accused of possessing.

Interrogations of captured Iraqi officials and scientists have evidently yielded no information to contradict the assumption that Saddam’s stockpiles never recovered from the blow of UN inspections in the early 1990s. American spin doctors have, therefore, been obliged to come up with new excuses for violating an Arab nation’s sovereignty. They have adopted a twin-pronged approach. We are being told that Saddam’s regime posed an unacceptable risk because it may have had plans to reconstitute its weapons’ programmes. In these increasingly Orwellian times, that is clearly a thought crime — and a criterion on the basis of which, if push (or Bush) comes to shove, almost any nation on earth could be condemned. 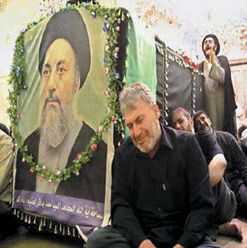 The second prong incorporates the relatively less unreasonable claim that, weapons or no weapons, Saddam was a cruel and repressive tyrant whose ouster can only be viewed as a positive development. However, although the nature of Saddam’s dictatorship is beyond dispute, the charges against him can only be construed as incomplete without the acknowledgement that in its most vicious phases his misrule was bolstered by western — and more specifically American — connivance. This was clearly the case when he directed chemical warfare against the Kurds and Iranians. It was also true when he ruthlessly suppressed a Shia uprising in southern Iraq after the 1991 Gulf War.

Saddam’s overthrow by forces within Iraq would indeed have been a welcome development. It would have entailed bloodshed, but probably far less than the estimated 40,000 Iraqi fatalities in this year’s war. In all likelihood, it would not have entailed the destruction of Iraq’s infrastructure. However, one of the chief factors militating against a revolt in the decade after Saddam’s biggest miscalculation — the invasion of Kuwait — was the UN sanctions, which weakened the people and strengthened the regime.

The sanctions, which were maintained for so long, chiefly at the behest of the US and Britain, are blamed for the loss of more than a million lives. At least half the victims were children. Residual hatred towards the UN should therefore cause little surprise, even though de Mello’s mission was primarily humanitarian in nature.

Of late there has increasingly been talk of a bigger role for the UN. The second thoughts have not been occasioned by sudden enlightenment; they bear testimony to incompetence and a formidable lack of prescience. Every day brings new evidence that the US had few contingency plans in place for dealing with the aftermath of war. Even the sudden regime change from Jay Garner to Paul Bremer brought little relief.

The Bushies are well aware that the daily loss of American lives, should it continue into next year, could seriously diminish Dubya’s re-election prospects in November 2004. A recent poll revealed for the first time since September 2001, that a majority of Americans oppose a second term for inarguably the worst chief executive they have had in living memory — which is saying quite a lot — given that the roll of dishonour features such remarkable creatures as Richard Nixon, Gerald Ford and Ronald Reagan — not to mention the paterfamilias of the Bush clan, whose confrontation with Saddam pushed his popularity ratings to unprecedented levels but yielded little electoral advantage against Bill Clinton in 1992.

Then, of course, there is the question of cost. The monthly occupation bill is running at around four billion US dollars. It was imagined that Iraqi oil revenues would pay for reconstruction after all the gratuitous destruction. But for the time being, the output is lower than it was in the period immediately preceding the all-out war.

So, what exactly does the US want? Essentially, cost-sharing without compromising the neo-conservative objectives. They want other nations — including those that vehemently opposed the war — to help pay for restoring the basic amenities that were destroyed in the unnecessary conflagration. And they want the soldiers dying every day in skirmishes and sabotage to be Indians, Pakistanis, Egyptians — anything but Americans.

Having noted that most nations — barring the Poles and the Danes and a few other militarily inconsequential states whose eagerness to please Washington overrides concerns about legality — are unwilling to pitch in without at least the umbrella of neutral nomenclature, the US has indicated that a multinational UN force may be acceptable, provided there is an American general at the helm. Such an alternative could prove acceptable even to the neo-cons who have never disguised their contempt for the UN, because they do not wish their project for (another) American century to get bogged down in Babylon.

At the same time there are aspects of the occupation on which the US will not compromise. These include privatisation — with American corporations the prime beneficiaries. It is also adamant about controlling Iraq’s crucial energy reserves. And there can be little question that if and when elections are held in Iraq, the US will ensure that a pro-Washington administration emerges. The Bushies’ respect for pluralist norms was demonstrated conclusively in Florida in 2000, and there is absolutely no reason to believe that they will be any more accommodating in the Iraqi context.

It is true that in the past the UN has, on occasion, demonstrated its willingness to play handmaiden to American imperialism. The connivance of just a few member states usually suffices as a condition. Let Pakistan — or India — be party to such a travesty. US pressure may be hard to resist. But if the rest of the world does not stand up to the neo-cons, and if the UN demonstrates its willingness to go in and clean up after the imperialists have done their worst, the US will only be encouraged to pursue its quest for total global domination.

There are forces within the US — encompassing not just the radical left but also pockets of traditional conservatism — that vehemently oppose empire-building. The rest of the world should seek to bolster their influence.

Yes, Iraqis deserve to be rescued from the misery of American occupation. But it is far from clear that post-hoc UN justification for the war and its consequences offers a route to redemption. Many American commentators have pointed out that their government has taken a country that was not a terrorist threat and turned it into one. The nature of the forces violently opposed to the occupation remains indeterminate. The inevitable propaganda classifies them as Saddam loyalists bolstered by Al Qaeda types from elsewhere in the Arab world. That may be the case, but it’s only part of the truth. Resentment against Americans runs far deeper than that, and there would be little point in encouraging its transfer to military contingents from other nations. Iraqis determined to resist foreign occupation are unlikely to make any distinction between Americans and their acolytes.

Iraq, at this juncture, needs liberation at least as much as it did five months ago. The least nations that have the Iraqis’ best interests at heart can do is not to bolster an unpopular occupation. If imperial overstretch is already giving the would-be empire-builders conniptions, let them stew. The UN should seek to salvage whatever remains of its self-respect instead of playing janitor to ideologically motivated psychopaths. The same logic applies to Pakistan, India or any other state under pressure to seal its ostensible friendship with the US with an offering of blood and flesh — a sacrifice that wouldn’t under any circumstances be reciprocated.