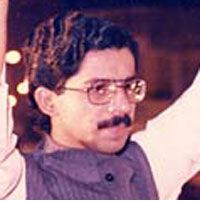 Q: Why has Altaf Hussain recently been so critical of the MQM leadership?

A: Altaf Hussain was not critical of all the MQM leaders, only of those who were not performing their duties in accordance with the party’s rules and regulations.

Q: How has the party’s coordination committee failed to live up to their Quaid’s expectations and why were elections not held as announced?

A: Only a few of the MQM leaders’ performance was unsatisfactory. As far as the elections are concerned, they will be held soon. All office bearers, including members of the central coordination committee will be assigned responsibilities and positions through the election process.

Q: Hussain has expressed a desire for the party to return to its roots. Does this imply a revival of mohajir politics, and good relations with the Sindhi people?

A:What Altaf Hussain wants is to revive party discipline and improve the quality of performance of all its office bearers as was the case in 1978 and onwards.

Q: Why was Mohammad Hussain removed from office?

A: It is normal procedure for all political parties to reshuffle cabinet members by inducting new people in office. It is a positive move to check the abilities, capabilities and performance of each and every individual.

Q: His resignation has been linked to President Musharraf’s visit and the promise of a development package for Karachi.

A: There is no connection at all.

Q: Do you have any grievances against the Musharraf government? Will the MQM withdraw its support if plans to construct the Thal Canal go ahead?

A: As a democratic party, we can raise objections according to the process, whether we sit in the opposition or in coalition with the government. But we do not have the authority to exercise all of our demands. We are still trying to convince Prime Minister Mir Zafarullah Jamali and President Musharraf to hold a round table conference on the issue so it can be resolved through a consensus.

Q: Do you think that the changes in the party ideology came about because of the infiltration of intelligence agencies?

A: This is not a new phenomenon in Pakistan. It has become common knowledge — a tradition of our political culture. Agencies infiltrate into all political parties. They did it in the past, and they will continue to do so.

Q: Your own political life is full of turmoil. You spent many years underground, moving from one place to another, before seeking exile in London.

A: The story of my suffering, my life in hiding, and exile is a very long one. As far as my escape from hiding is concerned, I do not wish to disclose it. I want to help other victims of state brutality.

Q: At one point, you too, were suspended along with the others. Have all those suspended with you, been brought back to the party fold?