They say it’s a war against terrorism, but for Pashtuns inhabiting Pakistan’s tribal areas and the North West Frontier Province (NWFP), it extends beyond that. The conflict between the Taliban militants and Pakistan’s security forces has shaken the social and cultural foundations of Pashtun society.

Varied Taliban groups are waging a sustained campaign to eliminate all forms of artistic expression and to establish an intolerant, extremist and obscurantist order in the Pashtun-dominated north-western Pakistan.

“Life has never been so horrible for musicians and singers in the Frontier,” says Gulzar Alam, a popular singer who has ruled Pashtun hearts for the last two decades, both in Afghanistan and Pakistan. He escaped a recent attempt on his life when he was returning home after dropping his children to school on Peshawar’s Warsak Road.

Gulzar, who has trained many young singers in Pashto folk singing, has more than 50 albums to his credit. His nationalist songs earned him millions of Pashtun fans around the world. And he was always being invited by the Pashtun diaspora to perform at music concerts in the Middle East, Europe and America.

“The Muttahida Majlis-e-Amal (MMA) struck the first blow to Pashto music when it imposed a ban on music gatherings and closed down Nishtar Hall,” recalls Alam. “This ban compelled many singers, including myself, to take shelter in the Punjab and Quetta.”

Last month, another popular Pashtun singer, Haroon Bacha, was forced to take asylum in the United States. Gulzar Alam also wishes to migrate to a place where he can freely share his melodies with Pashto music lovers. “I love this land and I had never thought of leaving it, but to stay here now is not safe for me or my family,” he remarks, as tears roll down his cheeks. 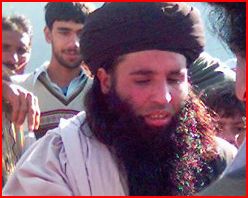 Historically, Pashtuns have always enjoyed and contributed to their folklore. Be it Eid festivals at the shrines of famous saints, musical soirees at weddings, traditional dances at the time of harvest or poetry competitions at the hujra (a Pashtun social club), music was always an integral part of Pashtun society till the recent past.

The hujra, an important institution like the mosque in every village, was used as a club by Pashtuns for social and cultural gatherings and meetings on issues of importance. It was compulsory for every youngster to sit in the hujra every evening to acquire training in matters of day-to-day life. Consequently, it has played a remarkable role in the social, cultural and spiritual emancipation of Pashtuns over the centuries.

Pashto tappas, the most eloquent expression of a Pashtun woman’s feelings, was sung to the accompaniment of the rabab and the mangay played by men in the hujra or to the beat of the tambal, played by the women themselves in their homes, either to celebrate a particular occasion or to articulate their unexpressed emotions.

Ali Gauhar, a social anthropologist from the Swabi district, says that a Pashtun, even if he had a PhD, is considered illiterate in Pashtun society if he is not familiar with Pashtun values and traditions.

“Even minorities such as the Hindus and Sikhs used to be active members of the hujra and were treated as fellow Pashtuns. The Pashtuns were that tolerant of other cultures and religions,” recalls Gauhar.

Though extremist religious thoughts made inroads in Pashtun society with the launch of the jihad against the USSR forces in the 1980s in neighbouring Afghanistan, it was the appearance of the Taliban on the region’s socio-political scene that injected a strict Wahabi cult which brought destruction to the old social structure.

The setting up of an estimated 10,000 religious seminaries throughout the country and the patronage of extremist religious education by the establishment to produce recruits for the jihad in Afghanistan, slowly overshadowed liberal trends and cultural practices of the Pashtuns along the Pak-Afghan border and the NWFP.

“The Taliban’s worldview is rooted in a very narrow interpretation of Islam that finds favour with religious extremists across the globe. This worldview is inflexible and violently resistant to adaptability, and is the exact opposite of the Pakhtun culture,” states Farhat Taj, a PhD researcher at the department of women and gender studies at the University of Oslo. 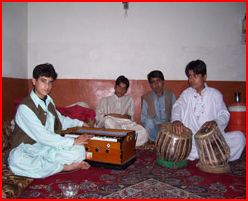 More than 40 million Pashtuns, who are living along this side of the Pak-Afghan border, have never witnessed a version of Islam that permits attacks on girls’ schools, music centres and barber shops. Though they had heard about the Taliban in neighbouring Afghanistan, who had banned music and destroyed musical instruments when they took control of Afghanistan, they never thought the same horrific incidents would take place in their own land.

However, with the fleeing of different Taliban groups to Pakistan’s tribal areas when the US launched the war against terror in 2001, Pashtun society underwent a major socio-cultural and political transformation. The Taliban, tutored in Al-Qaeda ideology, introduced social and religious values to the Pashtun society that were totally alien to them.

To dismantle the traditional tribal structure, the Taliban killed more than 400 tribal elders (maliks) in South Waziristan and bombed Pashtun jirgas in other tribal areas and parts of the NWFP. The political administration, that comprised the jirga and the maliks, was made redundant. The Taliban then filled the administrative vacuum by installing their own commanders in different tribal areas right from Waziristan to the scenic Swat Valley.

The Swat valley is a classic example of the manner in which extremist Taliban values have replaced liberal forms of expression in Pashtun society. Starting with a campaign against girls’ education and the administration of polio drops to children, Maulana Fazlullah, a religious cleric-turned-Taliban commander, encouraged his militants to bomb music shops and discourage music performances. The result was the destruction or closure of about 200 music shops in Mingora town in Swat district and surrounding areas.

“The music shops were bombed with the active connivance of the district administration so that more and more people listen to Maulana Fazlullah’s sermons instead,” says Ali Akbar, a music shop owner who now sells dry fruit. 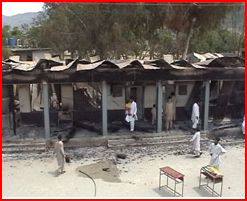 During a trip to Mamdheri, a religious complex, in October 2007, I noticed hundreds of children, who had regularly attended schools and played cricket and volleyball earlier, but were now listening to a Taliban commander instead. From the loudspeakers installed on the minarets of a nearby mosque under construction, I heard anthems glorifying jihad and inciting the youth to come forward and fight against the “infidels.” During my interview with Maulana Fazlullah, I asked him if he enjoyed poetry or music. A cruel smile played across his bearded face as he said, “Music is prohibited in Islam. Yes, I like jihadi poems that give warmth to the heart and inspire Muslims for jihad.”

Music CDs have disappeared from the scene. Video CDs, with shots of the Taliban slitting the throats of security forces, and cassettes of jihadi anthems have flooded the market. The streets of Peshawar have been stilled into silence — silence of a deadly kind.