It was just before dawn when the residents of Chinagai, a small border village in the Bajaur tribal area, woke to a thunderous blast. Before they realised what had happened, three more explosions ripped through the village. The lightning missile attack reduced a local madrassah, Zia-ul-Uloom, into a massive pile of rubble. Pieces of flesh were strewn all over the place. Many bodies were burnt beyond recognition.

Some 85 people died in the deadliest ever single operation launched by Pakistani forces against suspected militants in the lawless tribal region. According to Pakistani military officials, the madrassah was being used as a terror training facility where suicide bombers were being trained to launch attacks in Pakistan and Afghanistan.

However, the mounting backlash against the raid, which also killed many young children, forced President Musharraf into a tight spot. Thousands of heavily armed protesters took to the streets in the biggest anti-government demonstrations ever seen in the volatile border areas, while Islamists seized on the attack to whip up anti-government and anti-American sentiments. In fact, the attack proved to be the perfect propaganda tool for the Taliban and other militants to exploit and gain sympathy for their cause.

The protesters’ anger was further fuelled by hot rumours that the attack was carried out by armed US military predators. This belief was reinforced in light of a US missile attack in January on the village of Damadola, just two kilometers away from the site of the latest attack, which killed 13 women and children. Adding to the controversy, many in Chinagai maintained that Pakistani helicopters appeared a good 10 minutes after the two blasts. Though Pakistan and the US have both denied that US predators took part in the attack, security confirmed that the raid was conducted on intelligence information provided by the United States.

A senior Pakistani security official described the raid as, “A major counter terrorist operation.” But exactly who was killed in Chinagai remains unclear. Local residents and some survivors claimed that several children, as young as seven years old, were among the dead. The New York-based Human Rights Watch has called the Pakistan government to allow an independent enquiry into the madrassah bombing: “The onus is on the Pakistani government to provide a credible account of the legitimacy of the attack resulting in the deaths of so many,” said Ali Dayan Hasan, a spokesman for the group. 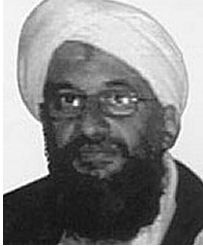 A reporter for an English-language national newspaper, who was one of the first persons to reach to the bombing site, said the bombing caused much collateral damage. “The place was strewn with mutilated bodies, while shoes and clothes of young children were scattered all over,” he said. Some other victims were said to be members of a pro-Taliban organisation, called Tehreek Nifaz Shariat Mohammadi, who were there to attend a tribal assembly due to take place the next day to approve a peace deal with the government.

Musharraf, meanwhile, contended that those killed in the madrassah raid were not innocent. “They were militants doing military training . We were watching them for the last six or seven days …who they are and what they are doing,” he maintained.

Pakistani security officials said the raid was conducted on the basis of solid intelligence information provided by the Americans, as well as local informers. Apparently, US drones flying over the area for several days before the attack, picked up some extraordinary activity inside the compound. Roughly 100 men were undergoing some kind of guerrilla training on the campus, which is usually closed down during the Ramadan and Eid holidays.

A high-resolution camera also detected a middle-aged bearded man delivering a lecture to the trainees. US and Pakistani intelligence officials suspected he could be Ayman Al-Zawahiri or Abu-al-Obaida-al-Misri. The two Al Qaeda leaders had regularly frequented the mountainous region, which had become a hotbed of Islamic militants. Al-Misri is believed to be the mastermind behind the plot to blow up passenger aircrafts flying out of Heathrow International Airport in London.

Bajaur borders the troubled Afghan province of Kunar, where American forces are carrying out a major offensive against Al Qaeda and Taliban insurgents. Hundreds of militants had taken sanctuary in Bajaur, from where they launched frequent attacks on US and Afghan forces across the border. The region also hosts a large Afghan refugee population sympathetic to Gulbuddin Hekmatyar, a former Afghan mujahideen leader who was aligned to Al Qaeda and Taliban insurgents fighting the American forces in Kunar. 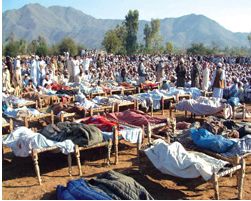 According to Pakistani security sources, many Al Qaeda leaders, including Abu Faraj-al-Libbi, had been operating from Bajaur. A Libyan national, Al-Libbi had worked as head of Al Qaeda’s external operation after the capture of Khalid Sheikh Mohammed and was the key link with the Pakistani militants. Al-Libbi, who was one of the most wanted men on the US terrorist list and believed to be number three in the Al Qaeda hierarchy, was captured in a dramatic manner from Mardan in the NWFP last year.

The attack on the Chinagai madrassah could have been triggered by the 3,000 strong rally in Khar, the main town in Bajaur, in which militants chanted slogans in support of Osama bin Laden and the Taliban leader, Mullah Omar. The latest military offensive in Bajaur shows that Musharraf is running out of options to control his lawless western border. The General appears to have no coherent plan, as he switches from “peace deals” with tribesmen to attacks on them. Surprisingly, the attack came on a day when the government and the local militants were scheduled to sign a peace deal brokered by tribal elders.

In September, Musharraf agreed to halt the military campaign against pro-Al Qaeda tribesmen in neighbouring North Waziristan, saying they had agreed not to give refuge to foreign fighters. The military leader defended the deal, saying it would help isolate the militants. But earlier this month, a NATO spokesman in Afghanistan said that cross-border attacks had increased three-fold since the truce. The new offensive could undo Islamabad’s efforts to strike a similar deal with tribesmen in Bajaur. 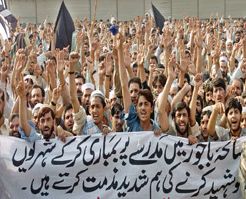 Musharraf appears to be in a no-win situation. While he risks a strong backlash at home, on actions like the Bajaur madrassah raid, he is under increasing pressure from the US and NATO commanders in Afghanistan to act more sternly against militants operating from the Pakistani tribal region. At the heart of Musharraf’s predicament is the failure of the Waziristan pact in the past six weeks. It shows that it is counter-productive when the government’s anti-terror policy swings from unconditional appeasement to brute force against the militants.

However, a major concern for Musharraf, at the moment, is how to defuse the mounting public anger that has the potential to divide the army. The madrassah attack has not only provoked strong anti-government reaction among Pakistan’s border-dwelling Pashtun tribal groups, but has also spilled over to parts of the North West Frontier Province, where Musharraf’s pro-US policies are the most unpopular. There is a growing concern that the incident could fan political unrest in other parts of the country.

Some political observers believe that President Musharraf has wedged himself between a rock and a hard place by taking the blame for the pre-emptive American strike in Bajaur. “Like Saddam Hussein, Musharraf might be tried by a future regime for killing his own people,” said General Hameed Gul.

The most serious threat Musharaf faces is that any further military operation in the border areas could split the army, which is clearly unhappy at the prospect of fighting “their own people.” Around 700 soldiers have been killed in the military campaign in North Waziristan alone, and at least six middle ranking army officers have been court-martialed for refusing to fight. This growing dissent has probably forced Musharraf to pull back troops from Waziristan and pursue peace deals in other border regions. But this policy has drawn criticism from coalition commanders, as well as the Afghanistan government. The Bush administration, which in the beginning was willing to give Musharraf’s new peace approach a chance, has begun to ask him to review his tactics.

Musharraf is confronted with tough choices: to send a reluctant army back to fighting in the tribal areas, risking accusations that innocent civilians are killed, or strike more peace deals, giving the Taliban and other militants, the opportunity to intensify cross-border attacks inside Afghanistan. It is a classic catch-22 situation: he is damned if he does and damned if he doesn’t.