The Stage is Set

Till Blogs Do Us Part

Mobarak Haider, intellectual, author of three books on the roots of radicalisation in Muslim societies,…

These past couple of months we’ve seen the debonair, gallant but seemingly enigmatic Sikander…

By Deneb Sumbul A Street artfest injects colour, a quirky vibrant aesthetic and a ray…

Like the mythical Hydra, if you cut off the head of a Punjabi militant group,…

If Wes Anderson and Woody Allen somehow got lost in Pakistan, and in the process…

Babes in the Workplace

From Heroin to Poppadoms

I came across Javed sahib by chance. I was having tea at a friend’s place when…

A Matter of Will

A Most Special Cause

With the conviction of two army generals in the National Logistics Cell (NLC) fraud case,…

With a series of terrorist attack in the Afghan capital, Kabul, resulting in the death…

The increasingly interdependent world of today, it is wrong for individual nations to aspire for…

No Light in Sight

Mike Smith, a foreign correspondent for AFP (Agence France Presse), was the bureau chief for…

It was clearly hurried and not thought through,” says Awami Workers Party (AWP) General Secretary, Farooq…

On August 12, amid accusations of alleged foreign links, speculation about frictions developing within the…

Cover Story: Our Own Worst Enemy

On July 29, in Shahwala Jungle, a sandy, shrubby wilderness on the Jhang Road 15…

Patari’s story is the stuff TED talk dreams are made of. A content analysis of…

The Shame of Kasur

The more things change, the more they remain the same. Just when you thought you…

Like the mythical Hydra, if you cut off the head of a Punjabi militant group, two more will take its place. The serpent responsible for the mushrooming of a militancy cottage industry in the country’s richest province was the Sipah-e-Sahaba Pakistan (SSP), formed in Jhang in 1985. At the outset, its mission was singular: to deal with what it considered to be the Shia ‘threat.’

From the very start the SSP enjoyed official support, with both Zia-ul-Haq and Saudi Arabia using the group to counter Iran while maintaining plausible deniability. Its initial leaders were Maulana Azam Tariq, Maulana Haq Nawaz Jhangvi and Maulana Zia-ur-Rehman Faruqi and the group quickly enjoyed support and financing from the local merchant class in Punjab. In 1990 elections, Isar ul Qasmi, an SSP leader was the first to get elected to the National Assembly on an Islami Jamhoori Itthad (IJI) ticket.

Even though the PML-N — especially its grassroots politicians — were ideologically in tune with the SSP, even if it did 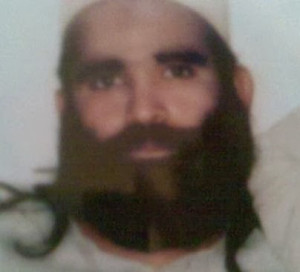 not share its methods for implementing its ideology, the party was not spared the wrath of the SSP. Soon after he was elected for the second time in 1997, Nawaz Sharif narrowly escaped an SSP bomb attack in Lahore. By this time, the dominant figure in the SSP was the much-feared Riaz Basra, who was only eliminated in an ‘encounter’ — much like Malik Ishaq — in 2002. The SSP can be seen as a forerunner, when it comes to employing militant tactics inside Pakistan.     Its recruits come from Jihadi organisations like Harkatul Mujahideen (HuM) who have resorted to killing Shias and later forming a militant wing, Lashkar-e-Jhangvi (LeJ), which was also the first local militant group with ties to international organisations like Al-Qaeda. Thus the SSP is also a precursor to the likes of the TTP.

The LeJ was formed by two former SSP leaders, Basra and the recently-killed Malik Ishaq, in 1996. Both always had ties with the establishment — both military and civilian — and served only nominal jail sentences from which they were allowed to ‘escape.’ It was the LeJ which strengthened ties with international militant groups, with both Khalid Sheikh Mohammed and Abu Musab al Zarqawi having links to the group. 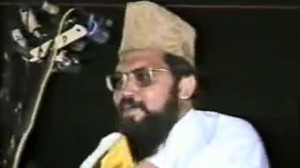 The LeJ has maintained the SSP’s sectarian bent, but has further expanded its scope of activities by attacking state institutions like the 15 headquarters in Islamabad, police training facilities and being involved in attention-grabbing attacks like the bombing of the Marriott hotel in Islamabad and the targeting of the Sri Lankan cricket team.

So legendary has the might of the LeJ become, that stories of Malik Ishaq — whether apocryphal or not — are easily believed. It is rumoured that at one of his trials a judge was carrying out his work behind a screen so that he would not be targeted for reprisal. Ishaq is said to have shouted out the name of the judge’s daughter and the school she attended. Another story that did the rounds was that Shahbaz Sharif was sent a photo of himself at a wedding with Ishaq standing next to him. The caption accompanying the photo said “this is how easy it would be to get to the chief minister.”

The LeJ is now the foremost militant group in Punjab, with most other outfits linked to it, but it does face competition from Lashkar-e-Taiba (LeT). Formed by the notorious Hafiz Saeed, the LeT is different to the other militant groups in the province since it is predominantly Ahle Hadith, as opposed to its Deobandi rivals. Saeed maintains the fiction that the LeT is only a charitable and educational group and even changed its name to Jamaat-ud-Dawa when the LeT was banned. Although both the LeJ and LeT are sectarian, anti-Shia attacks are the foremost concern of the LeJ, while the LeT has concentrated on India, as demonstrated by the Mumbai attacks.

The killing of a feared figure like Ishaq may be seen as a death knell for his group, but if history has shown us anything it is that the militancy problem in Punjab is now too deeply rooted for the elimination of just one man to have any significant impact.

This article was originally published in Newsline’s September 2015 issue.