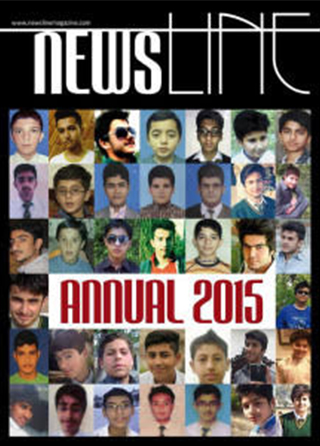 The recent exchange of visits by the Pakistan and Afghan army chiefs and the intense discussion on exploring the possibility of cooperation in the fight against terrorism raised hopes that the governments of the two neighbouring Islamic countries could finally initiate measures to overcome the distrust that has hitherto characterised their relations and agree not to destabilise each other.

The presence of General John F Campbell, the US and NATO forces commander in Afghanistan, in the meetings held in Kabul and Islamabad was necessary considering the influence that Washington wields in both capitals. However, the outcome of the meetings and the decisions made isn’t visible yet on the ground. It is possible that both Afghanistan and Pakistan are waiting for each other to make the next move even though the violence in the two countries due to the rise in the militant attacks requires urgent decision-making.

The Pakistan Army chief, General Raheel Sharif, took the initiative by flying to Kabul on December 17, a day after the terrorist attack on the Army Public School and College, Peshawar in which 146 persons, including 136 mostly teenaged students, were killed and more than 100 wounded. Accompanied by the Inter-Services Intelligence (ISI) head, Lt Gen Rizwan Akhtar, he met President Dr Ashraf Ghani and other high-ranking Afghan civil and military leaders and reportedly presented them with evidence about the presence of the Peshawar school attack’s mastermind, Khalifa Umar Mansoor, in Afghanistan. The Pakistani intelligence agencies were reported to be in possession of intercepts that showed the mastermind of the attack issuing instructions to the attackers as they went on the killing spree in the school. He was apparently located at the time of the attack in Nazian, or Achin according to some other accounts, in Afghanistan’s eastern Nangarhar province, not far from Tora Bora, that was heavily bombarded by the US air force in December 2001 following intelligence reports about the presence of Osama bin Laden and his Al Qaeda aides along with some Afghan Taliban leaders.

According to media reports, the Pakistani generals also raised the issue of the Tehrik-i-Taliban Pakistan (TTP) head Maulana Fazlullah’s presence in Afghanistan and the use of  Afghan soil to carry out attacks in Pakistan. However, the Afghan Army chief, General Sher Mohammad Karimi, claimed that his Pakistani counterpart, General Raheel Sharif, didn’t raise the issue or demand Fazlullah’s capture and delivery to Pakistan.

One is surprised by the statement made by General Karimi, who reciprocated General Raheel Sharif’s visit to Kabul by visiting Pakistan in the company of General Campbell, as Fazlullah’s name would have certainly entered the discussion when the presence of the mastermind of the Peshawar school attack in Afghanistan was being highlighted by the visiting Pakistani generals. The whole purpose of General Raheel Sharif’s urgent visit to Kabul, following the horrendous attack on the army-run school in Peshawar was to provide evidence to the Afghan government that Afghanistan’s territory was being used to launch such terrorist attacks and destabilise Pakistan. The visit had raised eyebrows as it was undertaken at short notice at a time when Pakistan’s civil and military leadership had converged on Peshawar following the school attack and started holding consultations to come up with a plan of action to forcefully combat extremism and terrorism.

Two points emerged from the talks between the Afghan and Pakistani army chiefs held in the presence of General Campbell. One was the pledge by the two sides not to allow Afghanistan and Pakistan’s soil to be used against each other. The second point was the reiteration of their past commitment to cooperate with each other in the war against terrorism. Both were vague and achieving any progress in turning these commitments into action is not only challenging but also difficult to quantify. Two weeks after the Peshawar school attack, there are still no clear signs that the two countries have made some course correction in their policy and taken the first steps to embark on a new and friendly phase of their usually uncertain and unfriendly relationship.

The Pak-Afghan ties appeared to be on the mend when Dr Ashraf Ghani, installed as president

on September 29 after a disputed, five-month long election process, paid his first visit to Pakistan. It was his third foreign visit after Saudi Arabia and China, and arguably the most important as he wanted to start a new era in the Pak-Afghan relationship after his predecessor Hamid Karzai’s often antagonistic relationship  with Pakistan, and seek Islamabad’s help in holding peace talks with the Afghan Taliban. Hopes were raised due to the positive body language of the Afghan and Pakistani leaders during the visit and their success in removing bottlenecks in the Afghan transit trade and agreeing to plans to double Pak-Afghan trade to $5 billion in the next few years. Islamabad was hopeful that the Afghan government would finally agree to send its army officers to Pakistan for training, to balance out Karzai’s decision to get them trained in India. Pakistan was also pleased that President Ghani had chosen to visit Pakistan instead of India first and, unlike Karzai, had shown reluctance in buying heavy weapons from New Delhi. There was hope in Islamabad that the new Afghan President would keep in mind Pakistan’s sensitivities while conducting relations with India in the security sphere and disallow the Indians from using Afghan territory to destabilise Pakistan through any support for Pakistan’s Baloch separatists and TTP militants.

However, the Peshawar school attack happened before the decisions taken during President Ghani’s visit to Pakistan and General Raheel Sharif’s earlier trip to Afghanistan could be put into practice. The security aspects of the Pak-Afghan relationship had always been contentious and difficult to resolve, but the brutal killing of schoolchildren by the six terrorists guided by their mastermind belonging to the Fazlullah-led TTP added a new and dangerous element to the situation. The most important issue now confronting the two countries is dismantling the sanctuaries that the Afghan Taliban and its offshoot, the Haqqani network, had found in Pakistan as well as the safe havens being used by Pakistani Taliban in Afghanistan. False hopes were raised in Pakistan recently when the Afghan and Nato forces launched action in Kunar province, but it later turned out that their target were the Afghan Taliban rather than the Pakistani Taliban.

Two days after General Raheel Sharif’s sudden visit to Kabul, Afghanistan’s Chief Executive Officer, Dr Abdullah, claimed there was no proof of the claim that the perpetrators of the December 16 attack on the Peshawar school were based in Afghanistan. As the de facto prime minister in the unity government that he and Ashraf Ghani had formed due to the pressure exerted by the US and holder of 50 percent share in the proposed cabinet, Abdullah’s comment carried weight and could not be ignored by the Afghan President. Abdullah, who has had a history of unfriendly relations with Pakistan, not only raised doubts about the evidence presented by Pakistan regarding the presence of Pakistani militants in Afghanistan but also made it difficult for President Ghani to do much in terms of positively responding to Pakistan’s request to initiate action against the Pakistani militants based in his country unless certain tough conditions set by Kabul are met. Abdullah and Ghani are already facing problems in forming a consensus cabinet and have different views on relations with Pakistan and the peace process involving the Afghan Taliban.

In fact, both sides are in a state of denial on the issue of safe havens on their side of the long and porous Durand Line border. Pakistan has yet to accept that a number of Afghan Taliban and Haqqani network leaders are operating from its territory. Evidence is readily available as many known leaders and commanders of the Afghan Taliban and the Haqqani network were captured or killed in Pakistan. The same is the case with the Afghan government as it too has yet to accept the fact that Fazlullah and several hundred of his fighters found refuge in Afghanistan’s Kunar, Nuristan and Nangarhar provinces after suffering defeat at the hands of the Pakistan military in the summer of 2009. Also, it is in a state of denial that the Afghan intelligence agency, NDS, has built links with Baloch separatists and certain elements of the Pakistani Taliban, including the late TTP head Hakimullah Mehsud’s close aide Latifullah Mehsud who was snatched by US agents from the Afghan forces in Logar province several months ago and recently delivered to Pakistan. The Afghan ruling elite also dismiss out of hand the frequent reports that the Afghanistan-headquartered Pakistani militants have been undertaking cross-border attacks on Chitral, Upper Dir and Lower Dir districts and the Mohmand and Bajaur tribal agencies, causing human and material losses.

There is presently a strong belief in Afghanistan that Pakistan is in a difficult position in the aftermath of the Peshawar school attack and, therefore, the time is right to push it to persuade or even force the Afghan Taliban to hold peace talks with the Afghan government. It could even demand action against the Afghan Taliban and Haqqani network members hiding in Pakistan as a quid pro quo for it to go after the Pakistani Taliban based in Afghanistan. Also, if Pakistan wants Afghanistan to capture and deliver Fazullah to it, the Afghans could demand that the Pakistan government should hand over the detained former Afghan Taliban deputy leader Mulla Abdul Ghani Biradar to them. Another important issue is the capability of the Afghan government and its security forces to take decisive action to regain control of the territory held by the Afghan Taliban and deny sanctuaries to the Pakistani Taliban. The Afghan forces remain largely untested and would have to gear up to face the Taliban challenge in the post-2014 period when most foreign forces would have completed the drawdown from Afghanistan. Eventually, there would have to be a “give and take” deal between Kabul and Islamabad. For this to happen, both sides would have to roll back their policies. However, there are no tangible signs yet that such a thing is happening.

This article was originally published in Newsline’s Annual 2015 issue.