Tales from the Political Underworld

Whose Pashmina is it Anyways?

Fire on the Frontlines

The US, its NATO allies and their common enemy, the Taliban, are all predicting that…

Like a recurring nightmare, the perilous situation in Pakistan’s tribal belt with Afghanistan continues to…

The Mystery That is Pakistan

On the evening of January 24, as I was preparing to go to the reception…

The Musharraf government has been in a state of denial. Each time a section of…

From POW to Political Target

The year didn’t start off well for Wajid Khan. The Pakistani-born Canadian Member of Parliament…

There was a time not all that long ago when blood and gore, hangings, decapitations…

What are the consequences of a project that is conceived, planned and executed without bringing…

There is an Islamic financing boom going on these days in Pakistan. Either entirely new…

Hassan Sheheryar Yasin’s accent may not sound Pakistani, but his design ethos is Pakistani to…

Tales from the Political Underworld

Tariq Ali is known for being a prolific writer, with both fiction and non-fiction to… 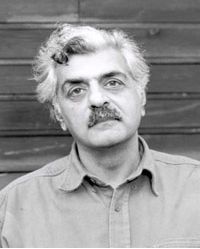 Tariq Ali is known for being a prolific writer, with both fiction and non-fiction to his credit. However, in the past six months, the author has produced works which fall into another genre of literature that he himself defines as “faction” — a combination of both fact and fiction. This is a term which he has used for his recently published work, The Leopard and the Fox on the hanging of Zulfikar Ali Bhutto by General Zia-ul-Haq’s regime. This book follows his earlier work on Latin American politics, The Pirates of the Caribbean. I tend to treat both works as pieces of ‘faction.’ Zulfikar Ali Bhutto of Pakistan, Fidel Castro of Cuba, Hugo Chavez of Venezuela and Evo Morales of Bolivia are all leaders who fought, or are fighting, against authoritarian political systems in which the domestic strongmen are being supported by the United States. The locales may be different but the story is similar. Each case is about the political battle of people who want to change the way in which the world around them looks by empowering the masses and curbing the power of the national and international forces of economic and political exploitation. In Tariq Ali’s tales, those that betray their political objective and their dreams fall while others like Morales, Castro and Chavez survive due to the strength of their conviction and because they remain true to the promises they made to the people

At first glance, the two books appear different. The Leopard and the Fox is a docudrama on Bhutto’s hanging that was commissioned by the BBC. However, it could not be made due to the pressure exerted by the British Foreign Office, which did not want to annoy Pakistan’s military dictator. The excuse proferred for not using the manuscript was that it could lead to problems like libel. The author argued that if the BBC was not concerned about dictators from Latin America, then why should they worry about Zia-ul-Haq. But the BBC remained adamant.

The book is, in a sense, a piece of fiction because the author has not disclosed the names of most characters other than the key players such as Zia, Bhutto, Nusrat and Benazir. It is for readers to guess the identity of the other characters. One is almost certain that the character ‘Whiskey,’ who betrayed Bhutto to the army is Maulana Kausar Niazi, and Akbar is Ghulam Mustafa Jatoi. Similarly, General Azad appears to be Lt. General Faiz Ali Chishti who had insisted upon Zia holding re-elections in three months. 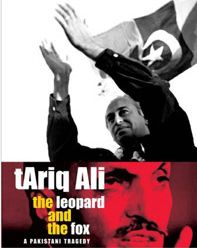 Tariq Ali’s The Leopard and the Fox is more than just a docudrama. It is truly a fictionalised analysis of the authoritarian nature of Pakistani politics. The feudal character of Bhutto and the manner in which he operates with his party leadership or Zia’s deliberate attempts to scuttle Bhutto’s efforts to negotiate with the PNA are both the stuff of which Pakistani politics is made.

The message in Tariq Ali’s book is simple — the country’s politics is a tragic tale of authoritarian politics in which the civilian leadership is as authoritarian as the military leadership that thwarted every move towards democracy, including electoral democracy. The military hampers the democratic process in tandem with the US, which appears to have played a key role in Bhutto’s removal. In fact, one of the reasons, according to the author, that the docudrama could not be made was because the BBC wanted him to remove all references to the US. One of the characters in the play, Robert Cherry, who is sympathetic to Bhutto, tries to warn him about the fact that the US is supporting the Pakistan army’s move to remove the Pakistani Prime Minister. In the end, Bhutto falls because of the cooperation between the GHQ and Washington, and because he has failed to deliver on the promises made to the people.

In Tariq Ali’s play, Bhutto emerges as a victim of the military’s political ambitions — and of his own arrogance. Sir Morrice James, the British high commissioner to Pakistan in the mid-1960s, described Bhutto as “a Lucifer, a flawed angel” who could not be spared because, as explained by US ambassador Hummel, “If I had been in Zia’s shoes, I would not have wanted a live Bhutto in some prison from which he could escape at any time or be sprung.”

Unfortunately, in his arrogance Bhutto did not notice the trap that was being laid out for him by the military, with support from Washington, resulting in the tragedy of his death, which continues to haunts Pakistan.

The inherent authoritarianism and the feudal character of the country’s politics is what makes Pakistan’s story so different from the tales of the three Latin American pirates, who, according to the author, have been fairly resilient in countering the pressure of the US lobby in their respective states. 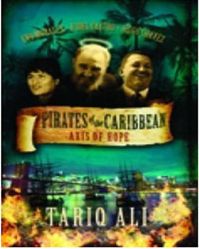 While military authoritarianism has flourished in Pakistan, it is being countered in Venezuela, Bolivia and Cuba. To a large extent, the issues facing these different countries today are quite similar. Tariq Ali sees neo-liberalism as a paradigm that supports neo-colonialism and neo-imperialism. The US has been supporting authoritarian political systems and regimes which can help Washington pursue its ambitions of economic exploitation. In the introductory chapter of The Pirates of The Caribbean, Tariq Ali criticises the neo-liberal paradigm that has allowed Western powers to promote free-market economy and advocate a conflict between the free world and the other world that stands for all other cultures and political systems that contest America’s domination of the world.

Contrary to the popular perception, at least in Pakistan, that the all-powerful Washington can overthrow any government in the world, Tariq Ali’s book on the three Latin American leaders shows how the US has been unable to get rid of Chavez, Morales and Castro despite the many efforts which were made to destabilise their governments. Chavez, for instance, has returned to power repeatedly and countered Washington’s influence and that of its Venezuelan collaborators. Similarly, Washington could not dispose of Castro despite launching a military operation during the 1960s.

The two books also provide a good comparison of the Pakistani political culture vis-a-vis the Latin American one. In fact, during my meeting with Tariq Ali in London on January 9, I asked him why Pakistani society was so de-politicised and unable to fight authoritarianism and military rule. He said the magic lay in the varied political cultures. Such a notion subscribes to the larger argument that praetorian societies are incapacitated to end military or civil authoritarianism. So, while popular leaders have continued to return to power in some of the Latin American countries, it is the military which has returned to the corridors of power in Pakistan. The comparison cannot go unnoticed.