During the course of this year, the conflict zone in and around Syria has emerged…

Help me! Help me! I am on fire!” An amateur video of a French police…

No surprises here. As expected, Prime Minister Nawaz Sharif’s statement at an international conference in…

The third, three-day Karachi Conference (November 6-7) at the Karachi Arts Council was a commendable…

Loopholes of the Rich

Mufti Muhammad Naeem is the chancellor of the Karachi-based Jamia Binoria, one of the largest…

Changing India is a collection of essays by Iqbalunnisa Hussain, first published in 1940. Compiled…

A Life of Gratitude

While travelling in Sindh in July, I made a stopover about 12 kilometers before the…

Master of the Game – H. M. Habibullah’s life story is the stuff classics and…

Every journalist has a story to tell. Teenaz Javat, by blood Indian, by bond Pakistani,…

Books on Pakistani art and artists are not exactly plentiful. But over the years, some…

Chop Chop Wok opened shop only a few months ago, yet the tiny eatery has…

Say No to Rote Learning

The group gathered at 4 a.m. Families, young men and women, wired on adrenaline…

Cultural exchanges seem to have become the backbone for fostering relations in our fractured world.…

Jamia Binoria, SITE, Karachi has been in the news for various reasons recently, from the…

Life on the Fringe

With four children lying strangled in grotesque forms on the floor, and one on the…

The Barbarians are here

Bureaucrats are generally perceived as dim-witted people, devoid of a sense of honour. But this…

The advent of the internet threatened most traditional forms of media, including television, print, and…

In Search of a Sale

A violent and uncontrolled mob, the exploitation of religion to camouflage hidden motives, and the complete…

Back to the Barracks

If Karachi’s rubble and decay leave you in despair, then consider reconstituting some of…

The Peanuts comic strip, at least for the first 20 years of its nearly half-a-century…

Return of the Moral Brigade

On Friday, October 13, the Lal Masjid cleric, Abdul Aziz, threw down yet another menacing…

Resilience is the key attribute to surviving in today’s big, bad world. For those thick-skinned…

Ever since the last Harry Potter book was split into two films, almost every other…

The IS Footprint in Pakistan

The best chance for the so-called Islamic  State (IS), or Daesh as it is commonly…

At different times in his life, Raja Muzaffar Ali has studied geology, worked in advertising, …

The third, three-day Karachi Conference (November 6-7) at the Karachi Arts Council was a commendable initiative, but it had its highs and lows. Strangely enough, there was hardly any promotion of this significant event. Word got around only a few days prior to the opening. So while the auditorium was packed to capacity at the beginning and closing of the conference, there were long spells when the crowd was embarrassingly thin — and the speakers faced a sea of empty chairs.  It was even more painful to watch the audience shrink even further when some of the speakers, to put it politely, couldn’t engage the audience. Several of the presentations were made in English. One wishes they were made in Urdu given the composition of the audience. 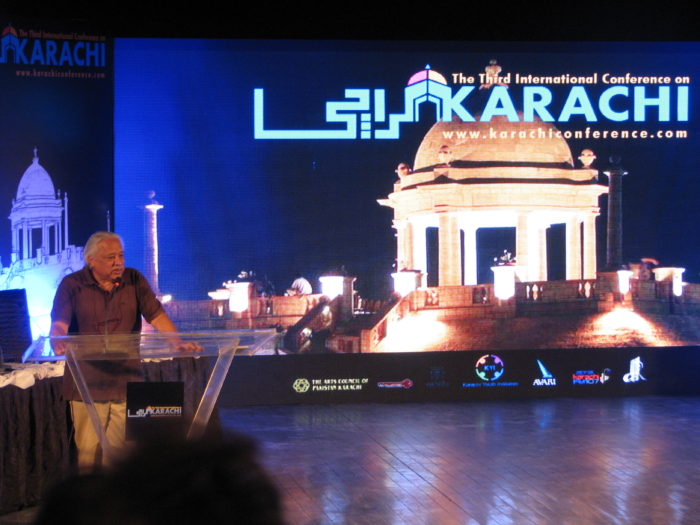 Day one of the conference was dedicated to documentaries, which were decidedly a hit. Commencing with long films, they were followed by 10-minute shorts made by students from various media schools. A couple of the long-duration documentaries held the audience completely captive, such as Lyari, the Highway of Tears and The Mystery of the Persian Mummy. But some, like The Hindu Mosaic of Tharparkar, got lost in translation. It was more like a 45-minute religious discourse and was paced so slow, that it lost most of the audience to the fresh air outside, either for tea or for chit-chat.

The second day’s keynote address was by the acclaimed Nepalese journalist, Kanak Mani Dixit, who stressed the importance of ‘South Asian-ism’ and the need for connectivity and collaboration between South Asian countries, particularly the SAARC countries. This was especially important for Pakistan, he remarked, as it is becoming more and more isolationist in its policies, to the detriment of its economy and its people, which he elaborated with several examples.

‘Reminiscence’ was a strong theme and, through assorted speakers, one learnt that Karachi with its relatively short history of 200-plus years, boasted some very rich cultures and traditions. The talks drew attention to the city’s fast-fading heritage sites, and additionally, focused on the magnificent contributions of communities like the Parsis towards the city’s development. The efforts made by Karachiwallas  in mapping Karachi’s populace and the preservation of historical structures was also highlighted. While most of these sessions were informative, some were too technical for a layman’s understanding. 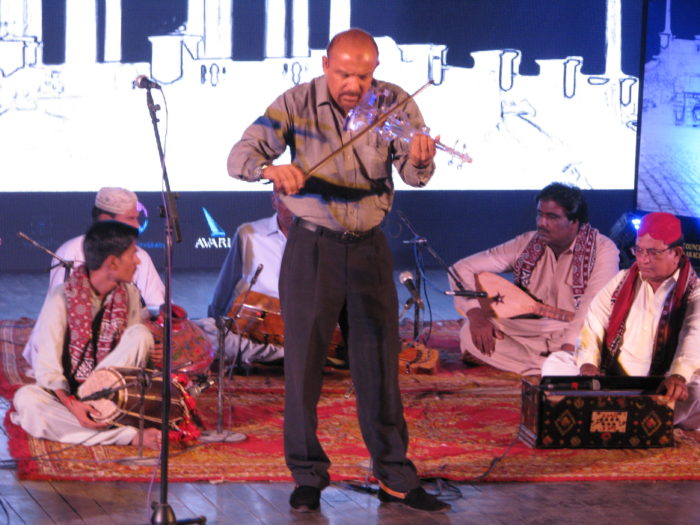 ‘The Karachi Police’ was a session where one would have expected a crush of civil society. Alas, its slim audience didn’t do it justice. Jameel Yusuf’s presentation, in particular, was not only interesting but one of the few that provided possible solutions to the city’s criminal behemoth. It would have generated a lot of debate had there been enough people, or had it been given enough time. Additionally, it would have greatly benefited the social mobilisers in the non-profit sector — the change-makers who raise awareness in the communities. Also, it could have given a fresh perspective on the social pressures that can be applied on the local governments to deliver.

The most positive aspect of the conference was that it was attended by a lot of students, who were brought in by their schools. The distinguished town-planner/architect, Arif Hassan stressed the importance of films in educating people, and this was evident from what Alina Rizwan, a 10th grade student present along with a group of 25 girls from Nasira School, said: “I liked the documentaries the best. We really don’t know Karachi. There are so many misconceptions about other faiths. I learnt their point of view. I wish there were more such events we could go to.”

During the closing performance by folk musicians, the audience was delighted by the spirited dancing of the students. The infectious notes of some of the traditional folk musicians would have given the rocker lead guitarist, Slash, a run for his money.

Hopefully, the Karachi Conference will continue and grow in the coming years. But for the event to be truly successful, it needs to draw larger crowds, as well as be more interactive with the audience. An eager 10th grade student, Shawkat Ali from Lyari, asked me, “How can I be a part of this and how can I ask them to bring these sessions to our part of town or to my school?” Perhaps, the next time round, a conference information desk would be helpful.

This article was originally published in Newsline’s December 2015 issue.