With attention shifting to market response and media hype, we often forget the importance of…

The large room is filled with children of all ages, sitting quietly in reclining chairs……

Letter From India: A Suicide and a Padayatra

In March and in April, when the rains came down and city dwellers in north…

Book Review: Song in his Soul

Song in his Soul is billed as “an autobiographical account” by S.M. Shahid, but it’s…

With the long-standing Kashmir conflict serving as a backdrop for the novel, An Isolated Incident…

The Way We Were

In the month of April, thousands of Hindu devotees travelling from across the country and…

Cover Story: This Land is My Land

The Muttahida Qaumi Movement  (MQM) has its own way of doing politics. Over the years…

Rickety, overcrowded buses with commuters riding on roofs and hanging out of the doors, rickshaws…

Another Year of Promises

The new fiscal year begins on July 1, with budget proceedings starting around the first…

No Country for Shias?

Around this time in 2011, Prince Bandar bin Sultan, the then Secretary General of the…

Banking on the Asian Century

Child 44 is the name of Tom Rob Smith’s international bestseller published in 2008. As…

With Run All Night, director Jaume Collet-Serra and actor Liam Neeson have completed a quasi-trilogy.…

When the Director-General, Sindh Rangers claimed that the violence in Karachi had gone down by…

The large room is filled with children of all ages, sitting quietly in reclining chairs… but wait. Quiet children? The sight is a bit puzzling, until my eyes alight on the blood bags each child is hooked up to.

The doctors are busy, so we wait in the outer reception area. My neighbour is a worried-looking woman; we start chatting. She is concerned about her child. “At least I understand what’s happening to him, and how to treat this illness,” she confides. “But I’m expecting my second baby and I worry about this little one’s fate. Will he also suffer in the same way?”

The children receiving blood transfusions today are required to come in periodically, as treatment for thalassaemia. These are a group of inherited diseases that cause the body to make fewer red cells, and therefore less haemoglobin than in normal individuals. The anaemia that sets in can vary from mild to severe. It is one of the most common genetic disorders in Pakistan. A study published in 2013, by the Ayub Medical College in Abbottabad, estimated that 5,000 individuals are added to the pool of thalassaemia patients in Pakistan every year.

Given that more than half of Pakistani marriages are consanguineous, or between blood relatives, here’s a familiar scenario: two sisters sitting together, happy and relaxed. The daughter of one is married to the son of the other. The week-long festivities were joyful; the bride looked lovely. The couple’s happy first year has validated their parents’ decision to secure this union. But then the couple’s first child is born, a cute little boy. But joy over his birth slowly becomes despair: he cannot talk, not even when he is four years old. And when a second child, a girl, follows soon thereafter, it emerges that she, like her brother, is intellectually challenged. And like him, she too cannot attend regular school. The parents become deeply depressed. They love their children, but are at a loss. Where do they go from here?

There is a long list of diseases that children can inherit from their blood-related parents: lupus, colour blindness, cystic fibrosis, a type of Alzheimer’s, specific types of anaemia, thalassaemia, Down’s syndrome, bladder cancer, breast and other cancers, brittle bone disease, cerebral sclerosis, cleft lip and palate, familial hypertension, retinal disorders, senile dementia, muscular dystrophy and diabetes, among many others.

Several researchers are investigating the reasons for Pakistan’s high incidence of inherited diseases. A significant cause is thought to be marriage between blood relatives, generally first cousins. Of course, not all children from such marriages end up with hereditary problems, but the patterns are sufficient to start ringing alarm bells.

Every human being inherits characteristics from both parents, and specific characteristics are transferred through genes, or a combination of genes. Each gene carries a very specific DNA code and abnormalities are caused when the genes are either abnormal or they mutate to create an abnormality.

Although familial Alzheimer’s disease accounts for less than 5 per cent of Alzheimer’s cases, scientists have found that it has a clear inheritance pattern. All cases known so far have an early onset, and as many as 50 per cent of the cases are now known to be caused by defects in three genes. Even if one of these mutations is present in only one of the two copies of a gene inherited from one’s parents, the person will inevitably develop that form of early-onset Alzheimer’s. However, the total known number of these cases is small (between 100 and 200 worldwide), and there is as yet no evidence that any of these mutations play a major role in the more common Alzheimer’s disease.

In short, it is almost like a game of chance. When two unrelated people get married, the gene pool is quite wide, 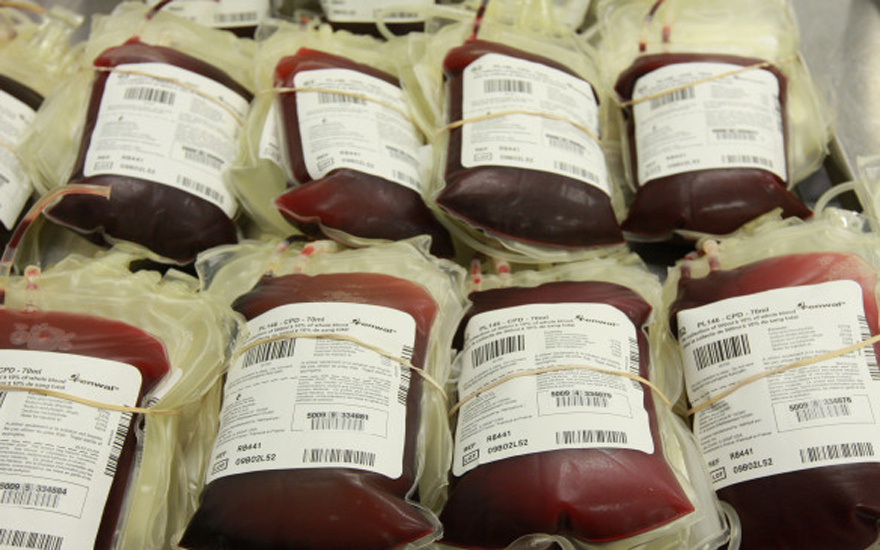 Several studies have been conducted on this topic. However, the ‘Born in Bradford’ study which has been following the health of 13,500 infants delivered in the Bradford Royal Infirmary, in England, between 2007 and 2011, is particularly significant. Published in The Guardian in July 2013, the study included, among others, infants of Pakistani origin living in Bradford. In this study the researchers looked at a range of factors that might play a part in birth defects, including deprivation, obesity and smoking in mothers. The study found higher rates of deaths and congenital abnormalities in the infants of the Pakistani community compared to the others. Marriage to a blood relative accounted for nearly a third (31 per cent) of all birth defects in the infants of Pakistani origin.

The risk of having a baby with birth defects — usually heart or nervous system problems which can sometimes be fatal — is still small, but it is three per cent in the general Pakistani population, compared to six per cent among those married to blood relatives. Every year there are about 90 more infant deaths than would be expected in the Pakistani community in England and Wales, because of birth defects. But the issue is highly sensitive because marriage within families is an established cultural tradition.

Previous studies have caused controversy for this reason, but the lead author of the Bradford  paper, Dr Eamonn Sheridan from Leeds University, said there has been strong community involvement. Local health professionals received training in raising the issues with people in the Pakistani community, so that it became an acceptable topic for discussion. The Muslim clerical community was also involved. Perhaps as a result, “There has been a terrific amount of community engagement in the ‘Born in Bradford’ study from the word go. The community has not been surprised by the findings,” said Dr Sheridan.

Another UK newspaper, the Daily Mail, issued the same warning over cousin marriages: Unions between blood relatives in the Pakistani community account for a third of birth defects in their children; cousins who marry double the risk of defects in their children. In comparison, the general rate of hereditary defects in Bradford is just two per cent, whereas for cousin marriages it rises to three times the national average.

However, since not all such marriages lead to abnormalities, most people are reluctant to accept such findings. There are numerous examples showing that consanguineous marriages can be most successful, with devoted couples and happy, healthy children.

The practice of marriage between cousins goes far back into history. Ancient Egyptians considered marriage between brothers and sisters quite normal, and there are stories of Pharaohs contracting such marriages with great pomp. The Romans, too, followed similar practices. Marriages between blood relatives still continue not only in Pakistan, but throughout the Middle East, Africa and China.

In south India, it is the norm for cousins to marry, but with the stricture that one parent each of the boy and the girl who are marrying must be brother and sister. But if either of their mothers happen to be sisters or fathers happen to be brothers — that is they are ‘straight cousins’ — the marriage is a strict no!

An even more surprising practice — and illegal in most western and First World countries —  is when a boy marries his sister’s daughter, as a matter of right. That is, the girl can marry her maternal uncle. Normally such romance blossoms when the boy and girl are in the same age bracket. This is not unusual, as in large families with several children, the youngest children of one generation are often close in age to children of the next generation. In some societies such unions are not considered deviant, but are, in fact, mainstream phenomena, blessed by all the elders.

Cross-cousin marriage remains the practice among some quarter billion people around the world. There is, even now, not enough comprehensive, wide-ranging data to show that marriages between cousins should be contraindicated. So the arguments, with their various pros and cons, continue. Meanwhile, in some countries, such as the US, marriage between blood relatives was prohibited many years ago.

In Pakistan, we continue to have a high frequency of cousin marriages and the corollary: a relatively high incidence (statistics are not available) of hereditary diseases. Right now, the only pragmatic way to address this issue is to expand the availability of genetic counselling, with the availability of both pre-marital and pre-pregnancy genetic counseling — and to make a significant dent in societal, cultural and tribal traditions that do more harm than good.

This article was originally published in Newsline’s May 2015 issue.