In the Name of Democracy

All martial laws are meant to seize power and to dislodge the incumbent. But not…

It’s a contradiction in terms. General Musharraf saysthat he’s in the third phase of his…

Fuel to the Fire

It was an impossible situation to secure. With the flight landing late, everything was behind…

A 15-year veteran in the Pakistani fashion industry, Nudrat Shahid says that saris have made…

Lord of the Arts

It is not batsmen and bowlers, but Pakistani art that will be attracting crowds to…

Some of the most inspiring books, plays, television shows and movies from around the world…

Phillips Talbot was only 24 when he arrived in India in 1939. Within months of…

Phillips Talbot was only 24 when he arrived in India in 1939. Within months of his arrival, the young American met and interviewed Jawaharlal Nehru, Liaquat Ali Khan, Mohammad Ali Jinnah and Khan Abdul Ghaffar Khan. Of Nehru, he said, “He smiles easily” but “his flashes of anger are also well known.” He described Jinnah as a bull-headed yet shrewd megalomaniac, while Abdul Ghaffar Khan had “nothing wily about him, nothing clever. He lives with a deep conviction of God.” 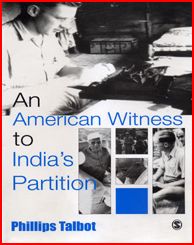 In August of 1941, he finally got to personally meet Mohandas Gandhi at the Congress leader’s ashram in Sevagram, near Wardha. And like the other iconic leaders, he also managed to suck the awe and mystique out of the most prominent personality of the time in Indian politics. Gandhi, according to Talbot, would preach on the benefits of goat’s milk and made trite habitual expressions, such as “ah, you have come” and “for the simple reason that,” part of his personality.

But just as effortlessly, Talbot could eloquently show why Nehru, Jinnah and Gandhi “were giants among men.” After hearing Gandhi speak to a crowd of 5,000, Talbot described his public speaking skills with reverence: “He had an intimate home chat with each member of that audience. There was warmth, friendliness, pleading in his voice; not the slightest trace of oratory… As he continued, the rustling of the whole day stopped… For half an hour the eyes of hundreds of them never left Gandhiji’s face. Few people could give such a demonstration of super-rational crowd control.”

All these observations, and many more, had been recorded in a series of letters written by Talbot between 1939 and 1950. Together, in the book An American Witness to India’s Partition, the letters create a collection of detailed observations, analyses, opinions and personal experiences that provide rare, third-party, evolving insight into one of the most important political transformations of the 20th century.

These letters are fascinating because they combine the characteristics of many forms of writing. They have the intimate nature of diary entries, the detail and firsthand information of news reports, the thoroughness of academic studies and the flow of well-structured essays. This stems from his background and the purpose of his letters. In 1938, with a degree in political science and journalism, Talbot joined the Chicago Daily News as a reporter before being awarded a fellowship from the New York-based Institute of Current World Affairs. His letters were the core of his official communication with the institute and its director, Walter S. Rogers, in which Talbot was to detail his discoveries of the intricacies of Indian political, economic and social life.

Talbot travelled far and wide in his quest to understand India. He visited Muslim University in Aligarh (for a lengthy five months) where he first heard the Muslim League’s cry against Hindu domination and was exposed to the idea of partition, calling it a “backward step.” Talbot journeyed to a remote village to attend the annual meeting of the Indian National Congress to witness 100,000 devout Congressmen show up despite “bad rail connections and inconvenient travel arrangements.” He spent time with locals and families in Lahore and Kashmir, and took a two-week tour of Afghanistan where he appreciated the romantic grandeur of Mughal gardens, the broad-shouldered and manly Pashtuns with rifles slung over their shoulders, the now-destroyed Bamian Buddhas and a wide variety of agriculture encompassing everything from wheat to pomegranates — the days before opium was the biggest crop. By the spring of 1946, he sensed that “the ambitions of the Congress and the League…have crystallised into unalterable opposition,” and in the post-Second World War climate, Britain neither possessed the capacity nor the will to re-establish its imperial presence in the subcontinent. In fact, he predicted the forthcoming British fatigue as early as 1941 when he wrote that even a victorious Britain would face a “mass movement of newly enlightened voters [that] is less likely to be compromising than skilled diplomats.”

What follows are his accounts of the Calcutta riots — “watching a great city feed on its own flesh” — and descriptions of Dawn’s editorial cartoons the day before ‘Direct Action Day.’

Some later passages are particularly fascinating. In July 1947, in the weeks leading up to the transfer of power, he describes the state of the players in Delhi: “Everywhere weary worn men were struggling with problems that were too vast and too complex for them to comprehend fully in the available time.”

Talbot’s letters are special for another reason. They are incredibly insightful for a young man with little professional experience and little exposure to the world outside the US. Moreover, they are simply fun to read, for in this age of email, they display the lost art of letter writing.

But many sensitive and patriotic Pakistanis may take offence at Talbot’s observations on Jinnah and the League. Talbot wrote with a questioning tone about the party’s claims and sources of economic, political and religious “irritation,” and his letters clearly show that he developed more respect for Gandhi, Nehru and Vallabhbhai Patel than for Jinnah. “No man in Indian life today uses such intemperate language in public references to other leaders,” wrote Talbot about Jinnah in 1941. “Few men could be less compromising.” Jinnah is repeatedly described as cold and is subtly blamed for the break-up of India.

But one thing will be appreciated by all: by using key literary elements, such as characters, dialogue and vivid, detailed description, Talbot has painted a picture of a country in flux, and readers are treated to an outsider’s view of the seminal decade in South Asian history: the 1940s.