Zahid, 36, drags his wife Gulrukh into a room and with the help of his…

The Politics of Communalism

A few months before the Babri Masjid was demolished in Ayodhya in December 1992, I…

Even before communal rioting broke out in Gujarat, enlightened public opinion in India was apprehensive…

The Babri mosque was reduced to rubble on December 6, 1992 by the kar sevaks…

Saleem, 30 plus, was missing for about six months.  His family members, residents of a…

If states are known by the enemies they have, then Pakistan has largely been known…

Since September 11, Washington seems to have embarked upon a single-minded mission to strengthen its…

Moazzam Abbasi of Riwayat feels that comfort must come before style. This time around, his…

In an environment of prejudice nurtured by the congenitally confrontational relations between India and Pakistan,… 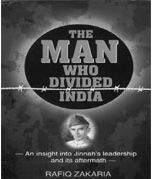 In an environment of prejudice nurtured by the congenitally confrontational relations between India and Pakistan, the two countries also stand divided by the same facts of history.  Even at the intellectual level, no serious strivings have been in evidence to come to terms with the partition of 1947 and the deep passions that attended it.  In that sense, a new ‘Indian’ interpretation of the life of the Founder of Pakistan should be gladly received as an incentive for critical assessment and debate.  This is also a very good time to make a fresh appraisal of what Mohammad Ali Jinnah had intended when he led the struggle for Pakistan.  After all, President General Pervez Musharraf has invoked the vision of the Quaid to defend a turnaround in our national security policies and an assault on religious extremism.

But Dr. Rafiq Zakaria’s “insight into Jinnah’s leadership and its aftermath” is severely undermined by professedly subjective emotions.  The anguish and pain of Indian Muslims is reflected in the manner in which the well-known scholar has delineated the life of Jinnah.   The question posed by Dr. Zakaria is that if the struggle for Pakistan was meant to free the Muslims of India from Hindu domination, how were millions of Muslims put permanently under the Hindus? This question, from the standpoint of Indian Muslims, acquired a deeper significance after the creation of Bangladesh, leaving Muslims of the subcontinent divided, almost equally, into three countries.

There certainly are a number of questions that demand a sober deliberation in the light of what we — and they, in India — have made of our freedom in over half a century.  An inquiry into the life and role of Jinnah should provide a valid dimension to an understanding of the complexities and pitfalls of not just the freedom struggle but also the contemporary entanglements of South Asia.  We also need a wider and more comprehensive view of the entire story, incorporating the influence of historical forces and the role of all the major players.  Unfortunately, Dr. Zakaria’s study does not contribute to that purpose, partly because it can trigger an impulsive response.  Essentially, though, the author has himself been too subjective and ambivalent in dealing with his facts and drawing his conclusions.  This does not, however, mean that we should brush aside the momentous questions about the human cost of partition, the dilemma of the Indian Muslims and the validity of the two-nation theory.

In an interview with The Times of India in December, shortly after the book was released, Dr. Zakaria said that his biography had kicked up a controversy in Pakistan.  One wishes that it were so, because that would certify an intellectual ferment in the country that is not very evident. Incidentally, Dr. Zakaria revealed that Prime Minister Atal Behari Vajpayee had gone through the manuscript during his knee-operation days in Mumbai and had found it ‘informative and interesting.’  But when asked to release the book, “Prime Minister said, why you want to create further problem between me and General Pervez Musharraf?”

Any account of events leading to the creation of Pakistan must contend with a great deal of mystification about the motivation of the lead players during that almost insane final round when the stage had been set for an unprecedented communal carnage.  Dr. Zakaria has aimed to project Jinnah as being solely responsible for Partition.  But he also seems compelled to take note of such impediments as, for    instance, the Cabinet Mission Plan and the enigmatic role played by some top Congress leaders. He notes: “Maulana Azad has mentioned in his book India Wins Freedom that there would have been no Pakistan if Jawaharlal Nehru had not sabotaged the inclusion of two Leaguers … in the Congress ministry of UP in 1937.  Even Nehru’s esteemed biographer, S. Gopal, subscribes to this view.”  Dr. Zakaria has also questioned Mountbatten’s motives. “The question that arises is: why did Mountbatten, so convinced that partition would be a disaster and the man asking for it a ‘psychopath’, work so tenaciously to make it possible?”

At the same time that Dr. Zakaria vehemently rejects the wisdom of creating Pakistan as a solution to the problems of the Muslims of the subcontinent, he also betrays admiration for “the man who divided India.”   For example: “In retort and rebuttal he had no equal either at the bar or on the political forum.” (Page 14).  “No one could really unnerve Jinnah in discussion or debate; that remained his forte till the end” (Page 36). “Jinnah was one of the cleverest strategists among Indian politicians.  He was adept in the art of putting his opponents in the wrong.” (Page 70).  “He was a past master in the art of rebuttal” (Page 96).  To underline the impact Jinnah had created in the early phase of his political career, he quotes from the diary of Secretary of State for India, Edward Montague, who visited India in the winter of 1917 and met Indian leaders with Viceroy Lord Chelmsford: “Young, perfectly mannered, impressive looking, armed to the teeth with dialectics, and insistent upon the whole of his scheme….Chelmsford tried to argue with him and was tied up into knots. Jinnah is a very clever man, and it is, of course, an outrage that such a man should have no chance of running the affairs of his own country.” (Page 21).

Given President Musharraf’s reverence for Kemal Ataturk, it should be relevant to refer to the Quaid’s admiration for the founder of modern Turkey, as reported by Dr. Zakaria.  Jinnah, we are told, went through newspapers avidly but he rarely read books.  During the time when he was in England in the early thirties, he came across an excellent review of H.C. Armstrong’s biography of Kemal Ataturk  entitled Grey Wolf: An Intimate Study of a Dictator.  “He bought the book.  It so impressed him that he never ceased talking about it to his daughter and friends who came to see him.  In Ataturk he found his ideal; he was fascinated by what the Turkish dictator did to reform his co-religionists and to overhaul and modernise their outlook.  He wanted to do the same for Indian Muslims.  He was no less keen to free them from the clutches of the mullahs and rid them of the stranglehold of orthodoxy.  He felt that they had to be moulded to live as people in the west did and that unless they shed their obscurantism, their future was doomed.  Had he the same power as Ataturk, he told his sister, he would not have hesitated to follow the example of the Turkish leader to westernise his co-religionists in India.” (Pages 60-61).  As an aside, has Musharraf that power now?

Dr. Zakaria also refers to Jinnah’s presidential address at the annual session of the League in Patna in December 1938.  “At the outset he condoled the death of Kemal Ataturk, describing him as ‘a great hero of the Muslim world’ and asked the delegates, ‘with the example of this great Musslaman in front of them as an inspiration, will the Muslims of India still remain in a quagmire?’” (Page 76).  To put this in perspective, the author does add that most Muslims would not share this sentiment and considered Ataturk a renegade and heretic.  There is more.  Writing about the period immediately after partition, Dr. Zakaria says: “Jinnah did not allow any change in the application of the laws which the British had introduced in India; in fact, he wanted to transform Pakistan into another Turkey on the lines of his hero Kemal Ataturk.” (Page 164).

Finally, it is hard to ignore oversights and lapses that call into question the author’s capacity as a scholar and researcher.  This is sad because Dr. Zakaria has a reputation to protect, a reputation that the blurb on the dust jacket has overstated, identifying him as an author of international repute who has written several best-sellers on the complexities of Indian politics.  However, his credentials in politics are formidable, having been a cabinet minister in Maharashtra for 15 years and becoming, in 1978, deputy leader of the ruling Congress Party in Parliament.

As for lapses and misjudgments, these stand out in his review of the Pakistan scene.  Asghar Khan has been designated as Field Marshal on page 187. He quotes (on page 188) from what the media had revealed about the Hamoodur Rahman Commission report without any reference to what it was all about.  Apparently, he just got the quote from India Today and said that the report was “made public in 1999.”  But he is talking mainly about Zia-ul-Haq.  According to him, Mahmood Khan Achakzai “heads the largest political party in the Frontier.” (Page 210).

You can surely find endless quotations from Pakistan’s columnists and leaders that depict a loss of hope in Pakistan’s destiny and these should legitimately be grist to the author’s mill. But the manner in which the MQM’s point of view is projected shows that Dr. Zakaria is not fully conversant with the complexities of Pakistan’s politics.  The “undisputed leader” of the mohajirs is, in his first mention, identified as “Altaf Hussain Qureshi”. We also have his quotation about Partition being the biggest mistake in history.  But the references are very selective and do not take into account the larger picture and even the role and significance of the MQM itself.

With all this, the overall theme of the biography cannot be summarily dismissed.  We do need to explore and answer many questions that relate to the creation of Pakistan and its consequences in a sober and objective manner.  We need to do this to be able to move forward and realise many of those aspirations that have remained unfulfilled for more than 50 years.  This book may have been written in anger and in haste.  But its theme is a legitimate subject for discussion.