On the streets of downtown Toronto, one is as likely nowadays to see people who could be from Pakistan or India as any other minority. Visible minorities were always integral to the scene but they were usually from countries further east, particularly Hong Kong and China. Immigration from Pakistan jumped in the year 2000, with many more immigrants also coming in from India.

But this pattern could change. The Canadian government has made reforms recently to the immigration policy, some of which are already being implemented. The reforms announced earlier this year by Canada’s Minister for Citizenship and Immigration, Jason Kenney, clearly highlight the importance of language ability, job skills and age.

New immigrants will need to show ability, if not fluency, in one of Canada’s official languages. The reason offered for this is that people who lack the requisite language skills do not integrate into society and are hampered in their capacity to find employment and earn well. Currently 60 % of immigrants are below level three in literacy.

Canada needs younger, educated people and, therefore, students enrolled in Canadian universities will be able to stay on and apply for immigration after they graduate. Recent graduates will be preferred over parents and grandparents who are sponsored by primary migrants, as was the case for many years.

In the past the numbers of people accepted would vary from 60,000 to 150,000 each year. From 1984 onwards Canada began to take in 250,000 immigrants annually. The family reunification and refugee category grew to be 30% of all immigrants. Refugees have more settlement costs associated with them, and older people, parents and grandparents, invariably require more healthcare.

Immigrants will be selected on the basis of their skills matching job requirements. Business leaders are seeing jobs going unfilled in several industries and have been asking for increased immigration. Canada needs to better connect the immigration policy to labour shortages in the country. 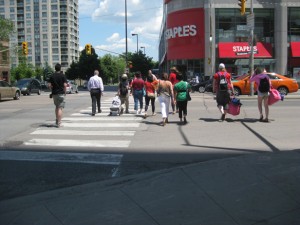 The reforms, to ensure immigrants do better in economic terms and integrate faster into Canadian society, are going to have an impact on where immigrants come from — i.e the source countries.

While language requirements favour western European countries, and could benefit India and Pakistan, and might make it tougher for applicants from non-English speaking countries like China, reducing the numbers in the family reunification category is likely to affect Pakistanis or Indians who tend to bring in parents and other relatives unlike people from western nations.

By contrast Europeans do better than others in finding jobs and earning well. In times of economic crisis in Europe an effort is made to attract people from that part of the world. Provinces are actively recruiting and agencies hope young people from Greece and Spain among other Europeans, will consider moving here. They also have the skills to fill the current need for construction workers, truckers and oil field workers.

Kenney says the reforms are based on studies his department has carried out to determine what kind of immigrant is successful and what kind is not, as well as what the public is willing to accept.

The reforms have generated much discussion with some people wondering whether Canada should show a preference for those immigrants whose culture and social systems match the Canadian ethos more closely to make integration easier, while others press for diversity, which also helps trade ties grow.

Business groups ask the government for more manpower to satisfy labour requirements. Another view is that Canada’s demographic needs require reinforcement via immigration. Some suggest that Canada has the potential to become a bigger economic force and bringing the population up to as much as a hundred million, would go a long way towards achieving this.

However, there is still a small segment of the population that believes Canada is overwhelmed by immigrants. They say they were never consulted about the immigration policy and that the influx of new people is changing the appearance of cities.

There might be some substance regarding their concerns. Midday last week for several blocks not a single white skinned person was visible in Mississauga’s downtown, a neighbouring city in the Greater Toronto Area (GTA). The people walking to and fro appeared to be made up of entirely one ethnic group: South Asians from the Indian subcontinent.

Canada has too many immigrants and yet not enough.